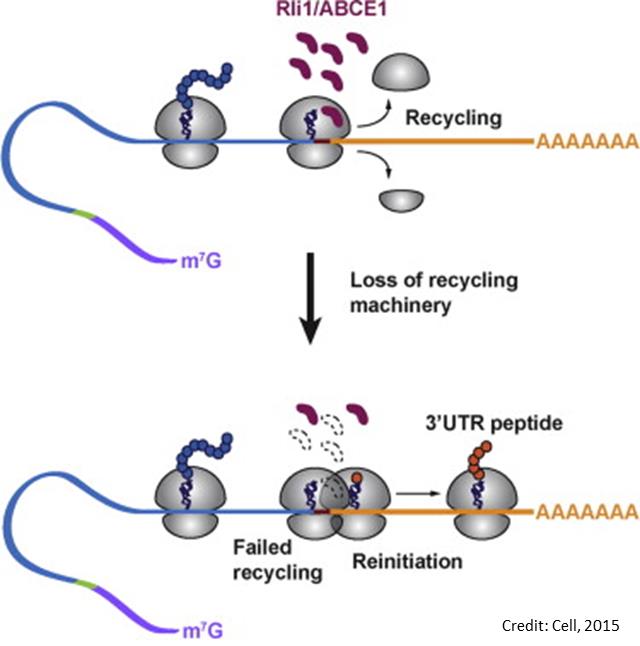 Each mRNA begins with a "start" code, followed by the blueprint for a specific protein, followed by a "stop" code. And then there's a segment of code that has always been called the "untranslated region," because scientists never saw it translated into protein.

Two ribosome subunits bind to m-RNA and translate the message into a protein. This protein translation stops at the ‘stop” codon and the ribosomes are separated from the m-RNA and recycled.

An enzyme called Rli1 is involved in the removal and recycling of ribosomes after protein translation. Scientists find that when Rli1 is deleted in yeast, ribosomes are not removed from the m-RNA and they start making small proteins from the untranslated region.

Further experiments showed that the ribosomes weren't just continuing translation past the stop code to create an extra-long protein. They first released the regularly coded protein as usual and then began translation again nearby.

"It seems like the ribosomes get tired of waiting to be disassembled and decide to get back to work," says the author. "The protein-making work that appears right in front of them is in the untranslated region." The purpose and function of these many small proteins is unknown.