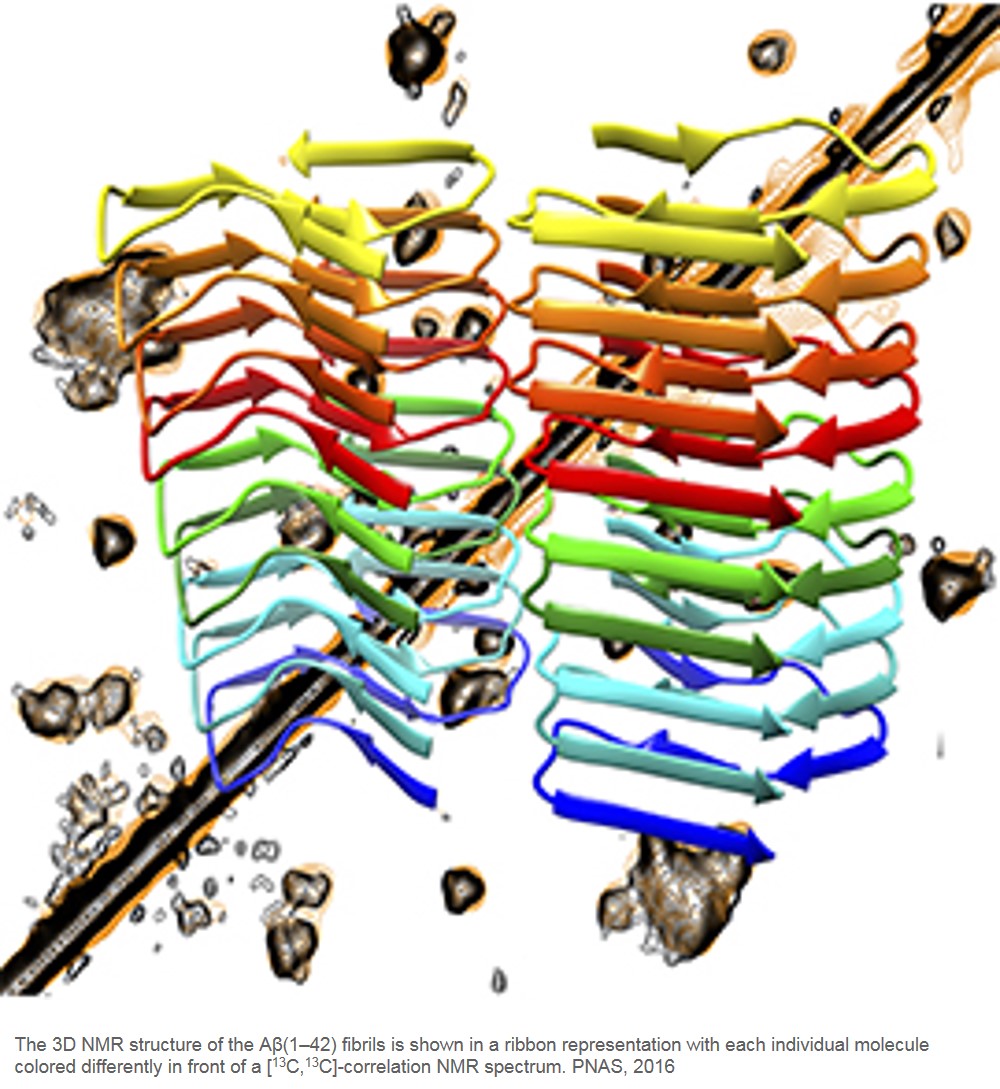 Alzheimer’s disease (AD) is characterized by the development of extracellular plaques, which consist mainly of aggregates of the peptide amyloid-β (Aβ). The aggregates, called amyloid fibrils, appear to play an important role in disease progression and cell-to-cell transmissibility; a form of Aβ, called Aβ(1–42), is highly neurotoxic, aggregates rapidly, and is the dominant Aβ in AD plaques.

Researchers combined data from NMR spectroscopy and EM to determine the 3D structure of Aβ(1–42) at atomic resolution. The authors report that the 3D structure is composed of two molecules per fibril layer.

The authors suggest that the 3D structure may be responsible for Aβ(1–42) fibril replication in AD. Solving the structure of Aβ(1–42) could help elucidate the Aβ aggregation process and disease progression, and lead to the development of diagnostic markers and therapeutic drugs, according to the authors.