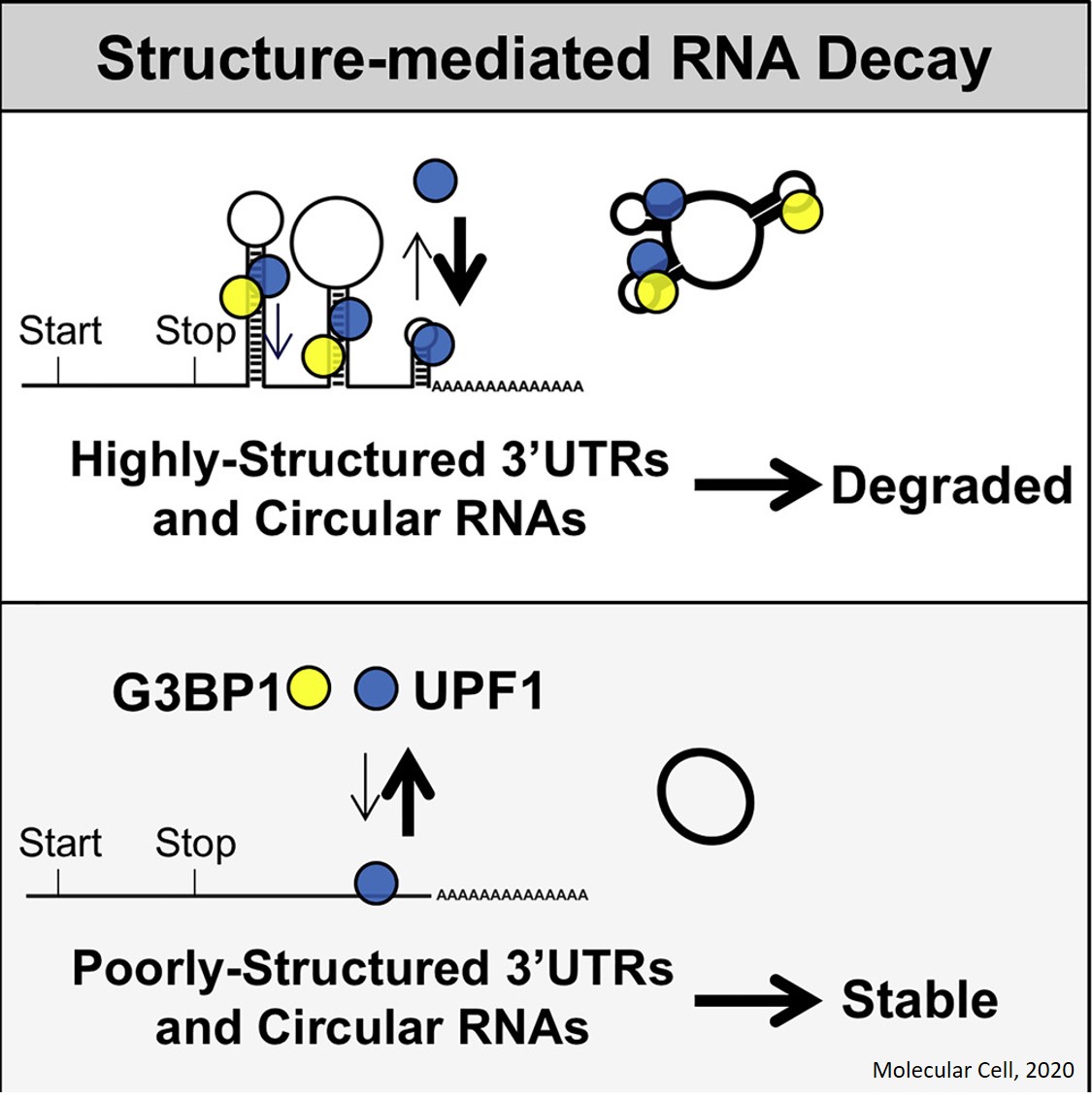 Researchers have discovered a fundamental mechanism that regulates gene activity in cells. The newly discovered mechanism targets RNA, or ribonucleic acid, a close cousin of DNA that plays an important role in cellular activity.

The discovery, detailed in a paper published; in the journal Molecular Cell, is a significant addition to the foundational understanding of how gene activity is regulated, and may ultimately lead to powerful new medical treatments.

The newly discovered mechanism effectively silences or dials down certain active genes as a basic cellular regulatory or quality-control system. It may even act as a defense against viruses. When genes are active, they are copied out into strands of RNA. These RNA strands perform cellular functions on their own or are translated into proteins. The new mechanism destroys RNA strands that have excessively folded over and stuck to themselves to form knots, hairpins, and other structures. These highly structured RNAs can occur during normal processing but could possibly also be caused by misfolding.

The finding is likely to have implications for medical research because many human disorders, including cancers and neurodegenerative diseases, such as ALS (Amyotrophic Lateral Sclerosis) and Huntington disease-like syndromes, involve failures of normal RNA regulation and/or the accumulation of abnormally folded or tangled RNA in affected cells.

"We know that there are mechanisms to clear misfolded proteins from cells--possibly this newly uncovered mechanism is involved in clearing misfolded RNAs," says principal investigator. "This newly discovered mechanism might also help scientists understand how normal cells keep themselves healthy, since RNA structure forms can play a role in cells maintaining cellular equilibrium."

Most of the regulatory and quality-control mechanisms that modulate the levels of RNAs in cells target RNAs containing specific sequences of nucleotides--the building blocks of RNAs. The newly discovered mechanism is unique in that it recognizes not sequences but a broad variety of structures formed where RNA strands, which are relatively sticky, have folded back onto themselves.

The team discovered the new mechanism while investigating a protein called UPF1, which is known to work in other RNA regulation pathways. They found that UPF1 and a partner protein called G3BP1 work together in the new mechanism, targeting only RNAs that contain a high level of structures. When the researchers depleted UPF1 or G3BP1 from cells to shut off the new mechanism, levels of highly structured RNAs rose sharply. The team also confirmed that the new mechanism, which they call structure-mediated RNA decay, is distinct from all other known RNA-removal mechanisms and works across different types of RNA throughout the genome.

"Based on further analyses, we predict that this structure-mediated RNA decay pathway could regulate at least one-fourth of human protein-coding genes and one-third of a class of non-coding genes called circular RNA," the senior author says.

The authors now are following up to determine how this RNA decay mechanism actually targets and destroys RNAs. They also are investigating why this mechanism exists. Its functions, they speculate, may include the regulation of specific functional variants of protein-coding RNAs as well as the general disposal of RNAs that have acquired excessive loops and other structures.

The new mechanism may even have an antiviral role, the authors say. "Some single-stranded RNA viruses that are highly structured, such as poliovirus, have ways to get rid of the G3BP1 protein when they infect a cell," the senior author says. "Possibly that's because this G3BP1-UPF1 RNA-decay pathway is otherwise a major threat to them."