A new algorithm to predict the dynamic language of proteins 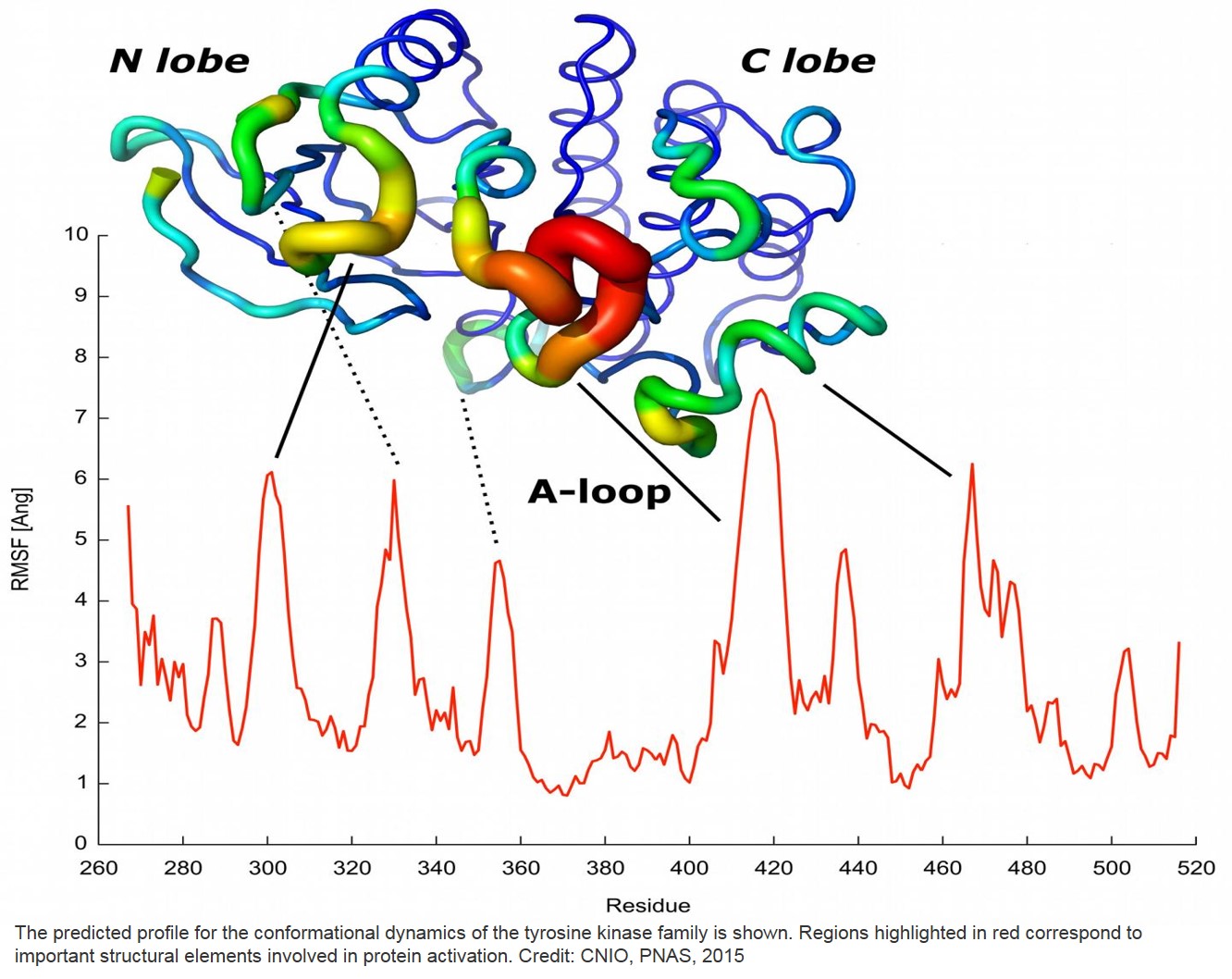 Proteins are macromolecules that are key to the thousands of cellular functions that take place in a living organism. They are formed by chains of smaller molecules called amino acids that fold forming a three-dimensional structure. It has recently been discovered that by studying the co-evolution of amino acids we can reconstruct the form or structure of these biological compounds in their natural surroundings.

However, this structure does not remain static; it goes through changes in such a way that, similar to a dance in which each of the dancers adapts to their partner, it interacts with other biological compounds or with drugs. This is known as protein dynamics, the study of which has proven to be very difficult both with experimental observations and using computational tools.

Researchers have developed the first computational method based on evolutionary principles to predict protein dynamics, which explains the changes in the shape or dimensional structure that they experience in order to interact with other compounds or speed up chemical reactions.

The study constitutes a major step forward in the computational study of protein dynamics (i.e. their movement), which is crucial for the design of drugs and for the research on genetic diseases, such as cancer, resulting in higher levels of complexity than allowed by current methods. The results have been published this week in the journal Proceedings of the National Academy of Sciences (PNAS).

"First, we simulate the folding process and then we can see how the simulations were able to predict the changes in shape of the proteins at different levels of complexity, including those required for kinases to function [these are key proteins in metabolic and cell signalling processes as well as in cell transport, amongst others]."

This new computational method easily integrates experimental and genomic data through the use of the latest sequence analysis and 3D modelling technology. In addition, it demonstrates that genomic data can be a source of useful information to supplement the current tools used to study the structure and dynamics of proteins.