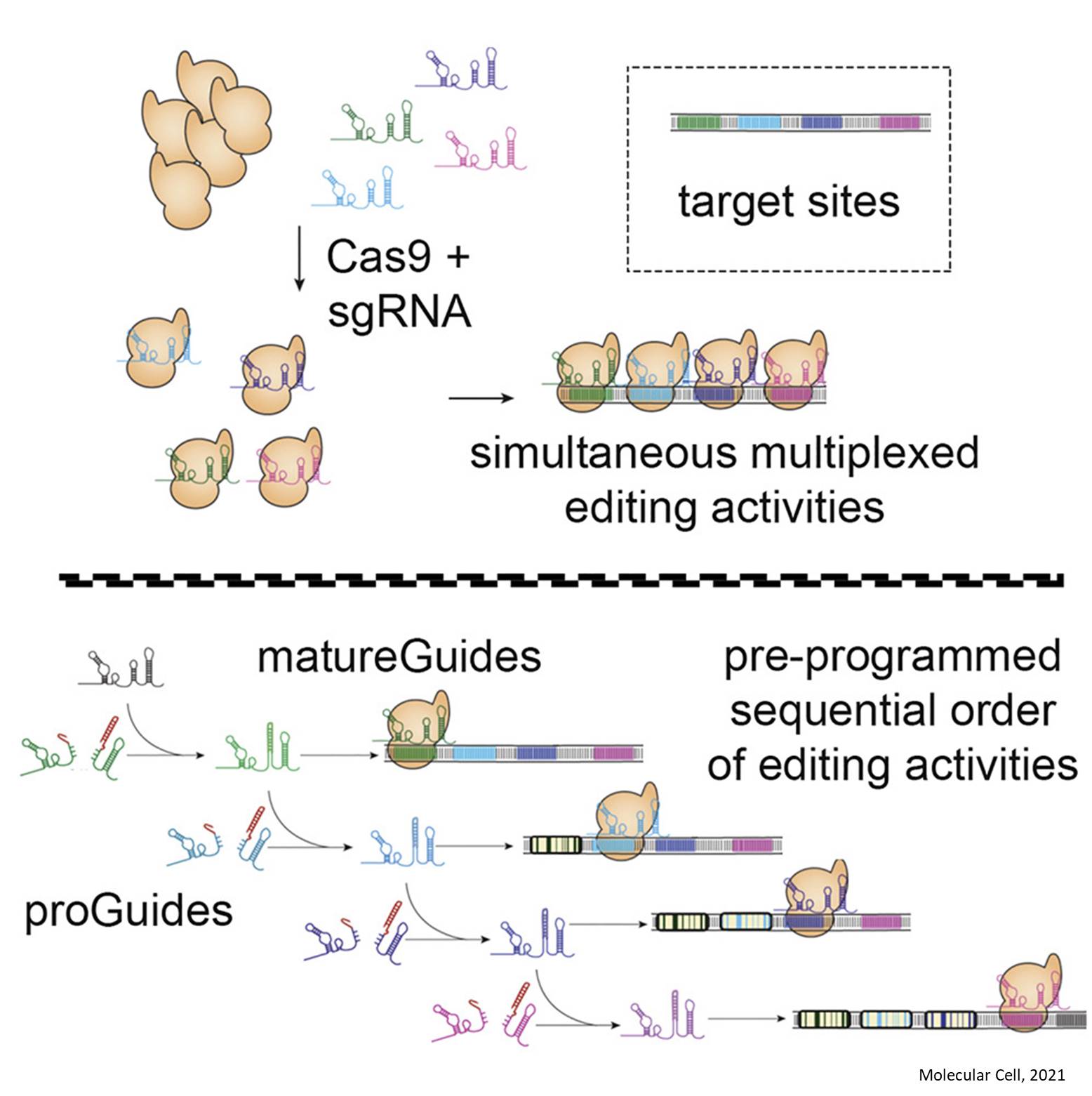 Researchers have discovered a new gene-editing technique that allows for the programming of sequential cuts -- or edits -- over time.

CRISPR is a gene-editing tool that allows scientists to change the DNA sequences in cells and sometimes add a desired sequence or genes. CRISPR uses an enzyme called Cas9 that acts like scissors to make a cut precisely at a desired location in the DNA. Once a cut is made, the ways in which cells repair the DNA break can be influenced to result in different changes or edits to the DNA sequence.

The discovery of the gene-editing capabilities of the CRISPR system was described in the early 2010s. In only a few years, scientists became enamored with the ease of guiding CRISPR to target almost any DNA sequence in a cell or to target many different sites in a cell in a single experiment.

"A drawback of currently available CRISPR-based editing systems is that all the edits or cuts are made all at once. There is no way to guide them so that they take place in a sequential fashion, one after the other," said the lead author of the paper.

The researchers new process involves the use of special molecules called guide RNA that ferry the Cas9 enzyme within the cell and determine the precise DNA sequence at which Cas9 will cut. They call their specially engineered guide RNA molecules "proGuides," and the molecules allow for the programmed sequential editing of DNA using Cas9.

Their findings are published in the journal Molecular Cell.

While proGuide is still in the prototype phase, the authors plan to further develop their concept and hope that researchers will be able to use the technique soon.

"The ability to preprogram the sequential activation of Cas9 at multiple sites introduces a new tool for biological research and genetic engineering," the lead said. "The time factor is a critical component of human development and also disease progression, but current methods to genetically investigate these processes don't work effectively with the time element. Our system allows for gene editing in a pre-programmed fashion, enabling researchers to better investigate time-sensitive processes like how cancer develops from a few gene mutations and how the order in which those mutations occur may affect the disease."