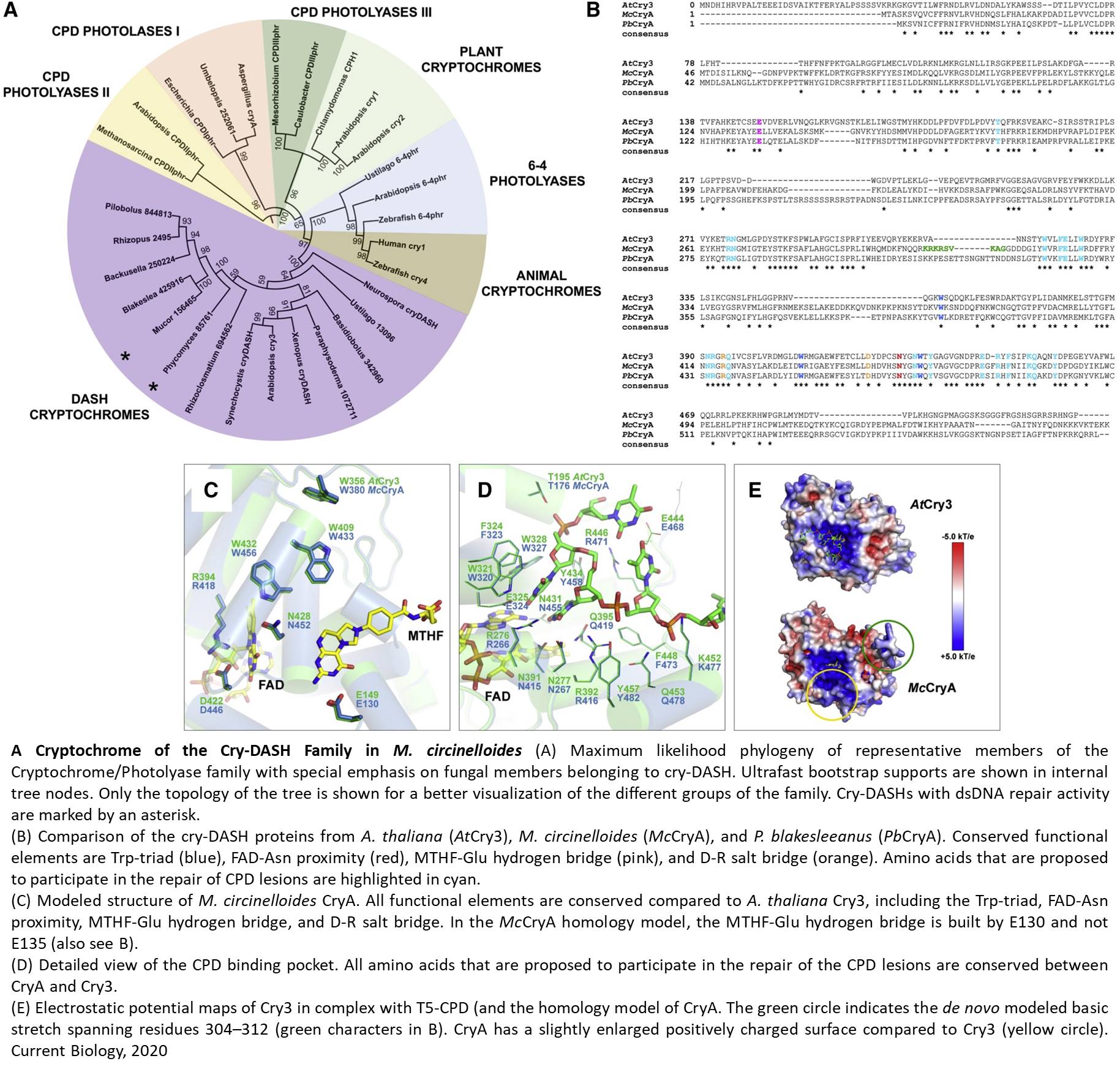 Researchers have identified a new protein that makes it possible to repair DNA. The protein in question, called cryptochrome, has evolved to acquire this and other functions within the cell.

Ultraviolet radiation can damage the DNA, leading to mutations that disrupt cell function and can allow cancer cells to grow out of control. Our cells have DNA repair systems to defend themselves against this sort of damage. One of these systems is based on a protein, photolysis, which uses blue light to repair DNA damage before it leads to mutations.

Over the course of evolution, the genes for photolysis duplicated and became specialised, creating new proteins, cryptochromes, which have honed their ability to perceive blue light and now perform other functions in cells. For example, cryptochromes use blue light as a signal to regulate plant growth and the rhythm that controls daily activity (the circadian rhythm) in fungi and animals.

The authors of this study discovered that in the fungus Mucor circinelloides, a human pathogen, cryptochromes are the protein responsible for DNA repair after exposure to ultraviolet radiation, a function that should be performed by photolysis. They also suggest that cryptochromes in this fungus acquired their ability to repair DNA during evolution from an ancestral cryptochrome that was not able to repair DNA. This discovery illustrates how proteins change as their functions evolve.
The results have been published in an article in the journal Current Biology.