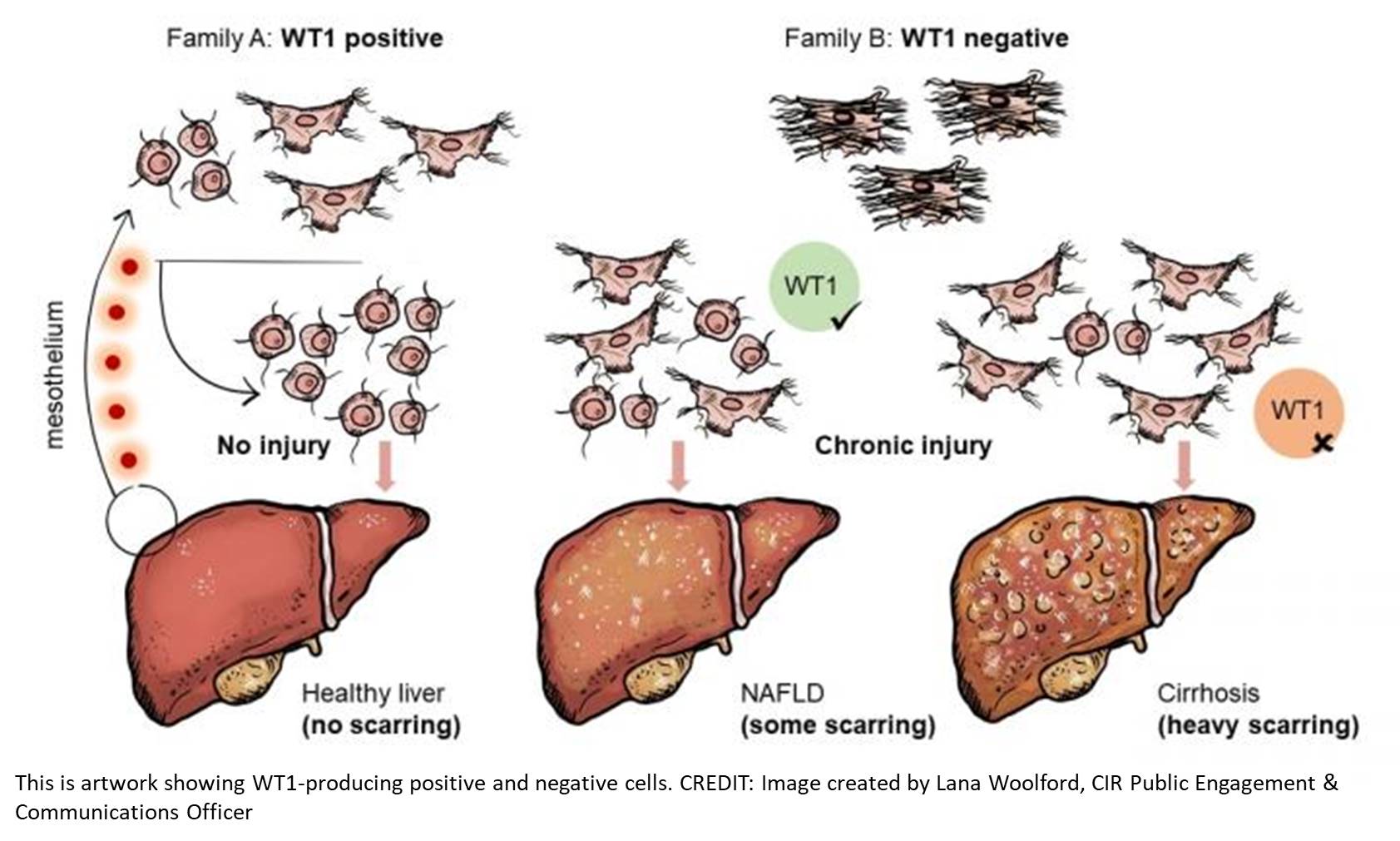 Researchers have discovered that a key cell type involved in liver injury and cancer consists of two cellular families with different origins and functions. The research was published in Nature Communications.

The distinguishing feature of these families - whether or not they can make a protein called WT1 - has been identified as the major cause of the cell's shape and ability to produce scar tissue.

Hepatic stellate cells (HSCs) are the main cells responsible for scar production following all liver injuries, from surgery to non-alcoholic fatty liver disease (NAFLD). Scarring or 'fibrosis' is a normal part of injury repair, but the densely packed web of collagen fibres that makes up scar tissue can interfere with normal liver function. Heavy or repeated scarring can lead to liver cirrhosis and cancer.

Growing activated HSCs collected from mouse livers, the collaborating scientists observed that the cells formed three distinct shapes or 'morphologies'. These morphologies have different scar-producing capacities and levels of WT1.

By using a red fluorescent protein to label WT1-producing cells in mice, the researchers were able to track generations of HSCs from development through to adulthood. This showed that all WT1-producing cells in the liver originate from tissue coating the liver and other internal organs, known as the mesothelium. When activated by injury, the cells show a very similar gene profile to their mesothelium-based ancestors, despite being in a different tissue environment.

Once the research team had found the physical origin of the mesothelium-derived cells, they deleted WT1 production to work out the role of the protein. Deleting the protein caused more HSCs to morph into highly scar-producing cells. Although WT1 is only produced following activation by liver injury, the protein reduces the level of tissue scarring produced.

The first author, who led the study, said: "The discovery of this paradoxical scarring 'handbrake' could aid in the search for liver disease treatments which fine-tune the level of scarring produced by the body."

How the insulin receptor works