A protein that transports NAD into mitochondria identified! 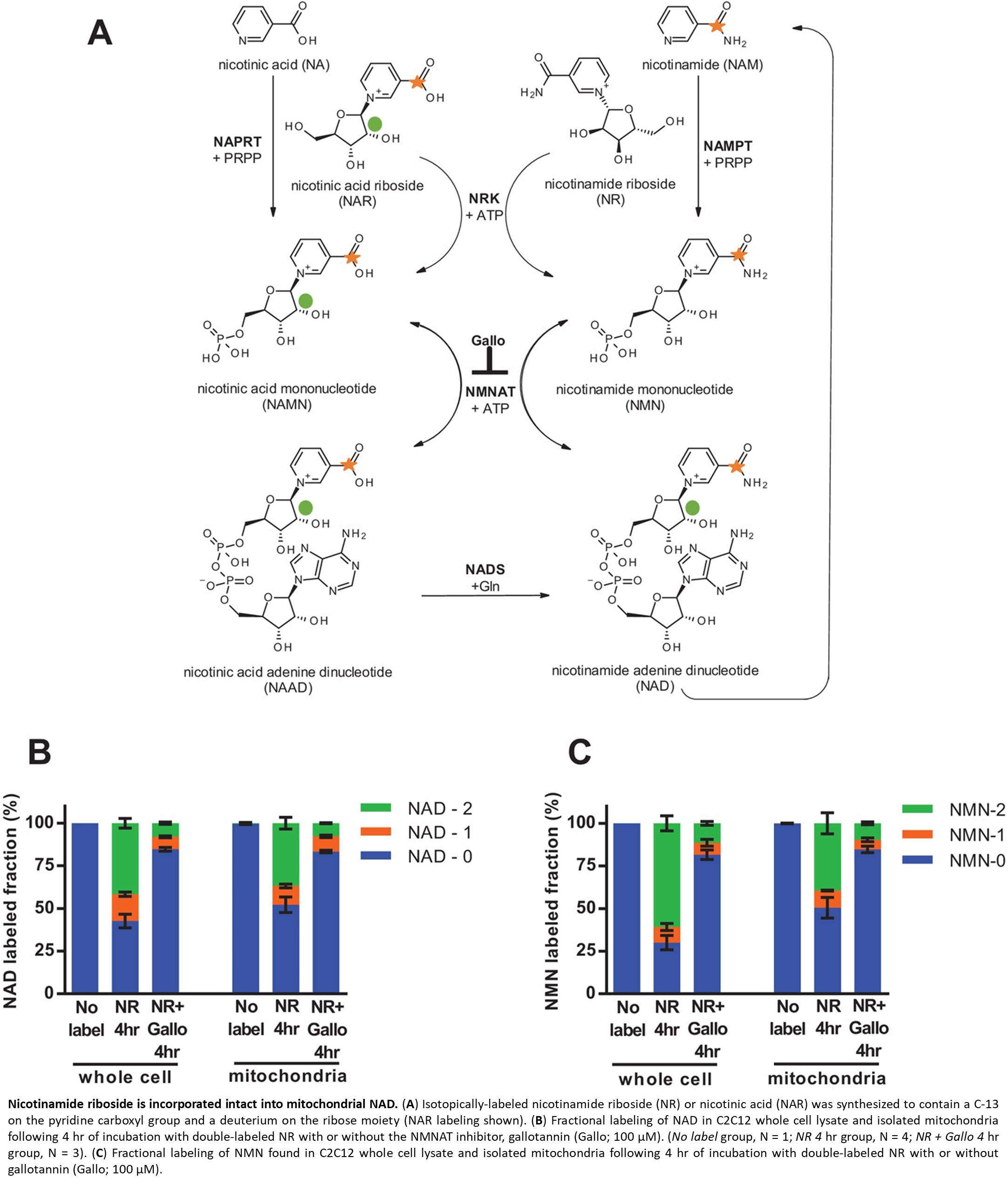 The researchers have solved a decades old mystery around a key molecule fueling the power plant of cells that could be exploited to find new ways to treat diseases, from neurodegenerative disorders to cancer.

Reporting in a new study published today in Nature, researchers found that the SLC25A51 gene dictates the transport of nicotinamide adenine dinucleotide (NAD+), a fundamental coenzyme in cellular metabolism, to the mitochondria, where energy from nutrients is converted into chemical energy for the cell. A low level of NAD+ is a hallmark of aging and has been associated with diseases including muscular dystrophy and heart failure.

"We have long known that NAD+ plays a critical role in the mitochondria, but the question of how it gets there had been left unanswered," said co-senior author. "This discovery opens up a whole new area of research where we can actually manipulate--selectively deplete or add--NAD+ at a subcellular level, now that we know how it's transported."

The finding closes out a longstanding unknown around how NAD+ finds its way into the mitochondrial matrix. Several hypotheses had been circulating, including the idea that mammalian mitochondria were incapable of NAD+ transport, instead relying entirely on synthesis of NAD+ within the organelle, but in 2018, the lab put that idea to rest when it reported in an eLife study that a transporter was in fact responsible.

From there, the team began its search for the genetic identity of the mammalian mitochondrial NAD+ transporter, homing in on several genes, including SLC25A51, that were predicted to be transporters, but for which the function remained unknown. SLC25A family members encode mitochondrially-localized proteins that carry materials across mitochondrial membranes.

"In our approach, we focused in on genes that were determined to be essential for cellular viability. NAD+ is a fundamental molecule required for maintaining the mitochondrial-mediated energy production. We predicted that loss-of mitochondrial NAD+ transport would disrupt oxidative phosphorylation and possibly reduce cell survival," said lead author.

In laboratory experiments, the researchers isolated the mitochondria from human cells and measured the levels of NAD+ after knocking out SLC25A51 or overexpressing it. Using mitochondrially-targeted NAD+ "biosensors," they showed that a change in the gene expression level controls mitochondria NAD+ levels specifically.

"We observed that loss of SLC25A51 expression dramatically altered the mitochondria's ability to consume oxygen and generate ATP as well as transport NAD+ into the matrix. Also, in collaboration with the Cambronne lab, we were able to demonstrate that expression of SLC25A51 in yeast lacking their endogenous mitochondrial NAD+ transporters restored NAD+ mitochondrial transport," said the author.

NAD+ levels can be targeted in various disease treatments; however, it has been more of a catch-all approach, where levels are increased or reduced in all parts of the cell, which runs the risk of unintended alterations of gene expression or other types of metabolism. This study is the first published case where researchers identified a specific target and reduced the levels solely in the mitochondria and no other parts of the cell.

Controlling the levels of NAD+ and thus metabolic processes in the mitochondria could have major implications for the study and development of new treatments for diseases. Activating the transport mechanism could potentially make cells favor a state of respiration to make energy, instead of glycolysis. Different cancer types, for example, rely heavily on glycolysis, so creating an unfavorable environment without that metabolism could be one strategy. Or, conversely, it might be possible to deny highly respiratory cancer cells mitochondrial NAD+, so they're forced to rely on glycolysis. The heart requires abundant quantities of mitochondrial-produced energy to continually supply blood to peripheral tissue. A major contributor to heart failure is mitochondrial dysfunction, so targeting the mitochondria's capacity to transport NAD+ may improve cardiac function of the failing heart. With respect to exercise, shifting towards a more oxidative metabolism could boost endurance.

The work is in its early days, but a door has been opened for new investigations centered on mitochondrial NAD+ and this gene. Next, the researchers will study the physiological function of NAD+ transport and how this mechanism is regulated, as well as ways to turn the transport on and off outside of reducing or increasing gene expression.

"An approach to specifically alter the mitochondrial NAD+ pool is something many researchers have been looking for, so I would expect that we will see this gene targeted in a multitude of systems," the author said. "I think this is going to be a really valuable tool to help us better understand the function of mitochondrial NAD+ and its therapeutic potential."