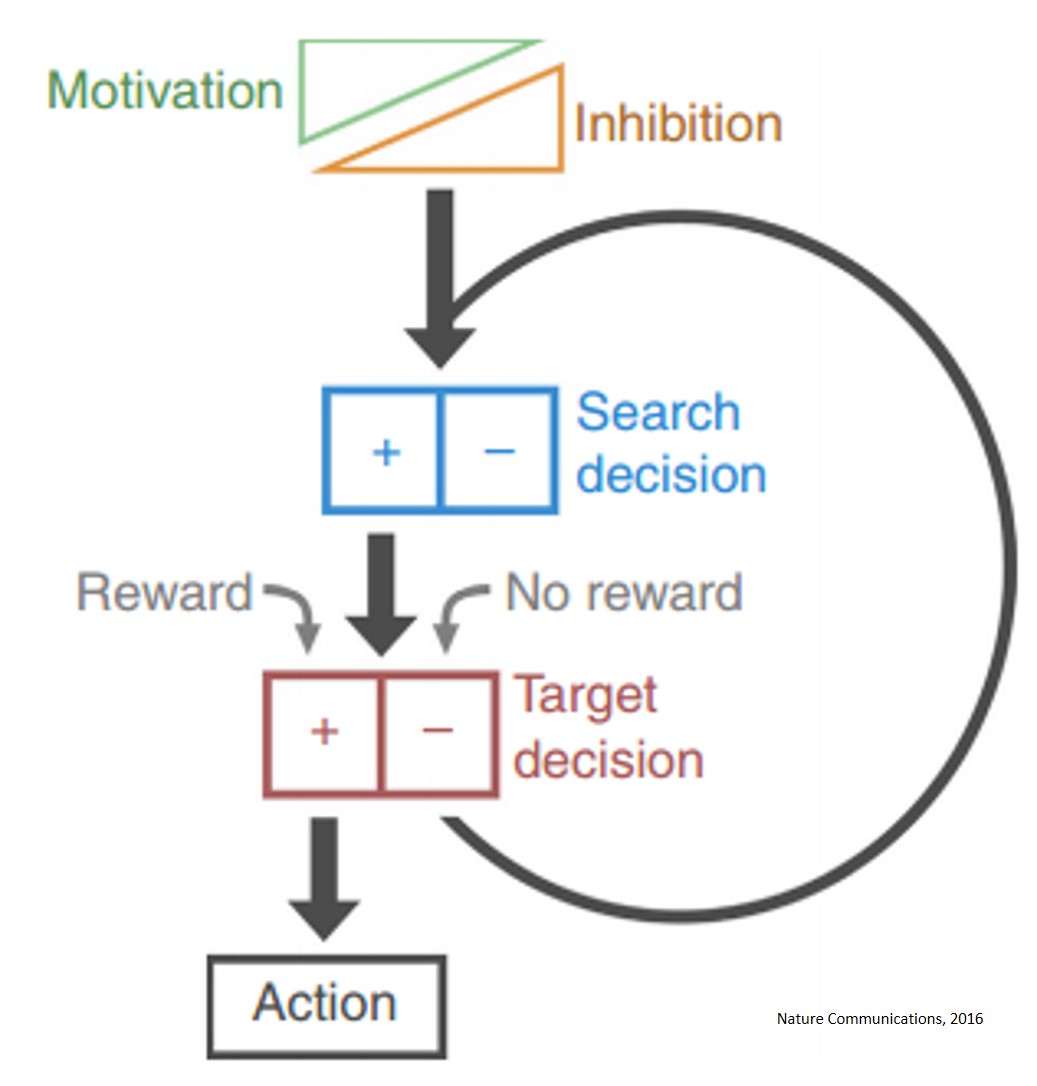 During goal-directed decision-making, animals must integrate information from the external environment and their internal state to maximize resource localization while minimizing energy expenditure. How this complex problem is solved by the nervous system remains poorly understood.

In the first-of-its-kind study, published today in Nature Communications, scientists studied the brain activity of freshwater snails and discovered how a circuit comprising of just two neurons can drive a sophisticated form of decision making.

Scientists, from Sussex Neuroscience, monitored the snails' behavior whilst they made decisions in their search for food (in this case lettuce). The researchers then measured the activity in the snail's brain by using electrodes to record small electrical changes, called action potentials, in individual neurons.

They discovered a controller type neuron which lets the snail's brain know potential food is present and a second neuron which transmits signals telling the snail's brain what it's motivational state is, i.e., whether it's hungry or not. The scientists also reveal how the system, created by the neurons, enables the snails to save energy by reducing brain activity when food is not found.

Using an in vitro analogue of the decision-making process, authors show that the system employs an energy management strategy, switching between a low- and high-use mode depending on the outcome of the decision.

Food-searching is an example of a goal-directed behavior which is essential for survival. During goal-directed decision making, such as searching for food, animals must integrate information about both their external environment and their internal state in order to find food whilst using minimal energy.

Our study reveals a parsimonious mechanism that drives a complex decision-making process via regulation of levels of tonic inhibition and phasic excitation.