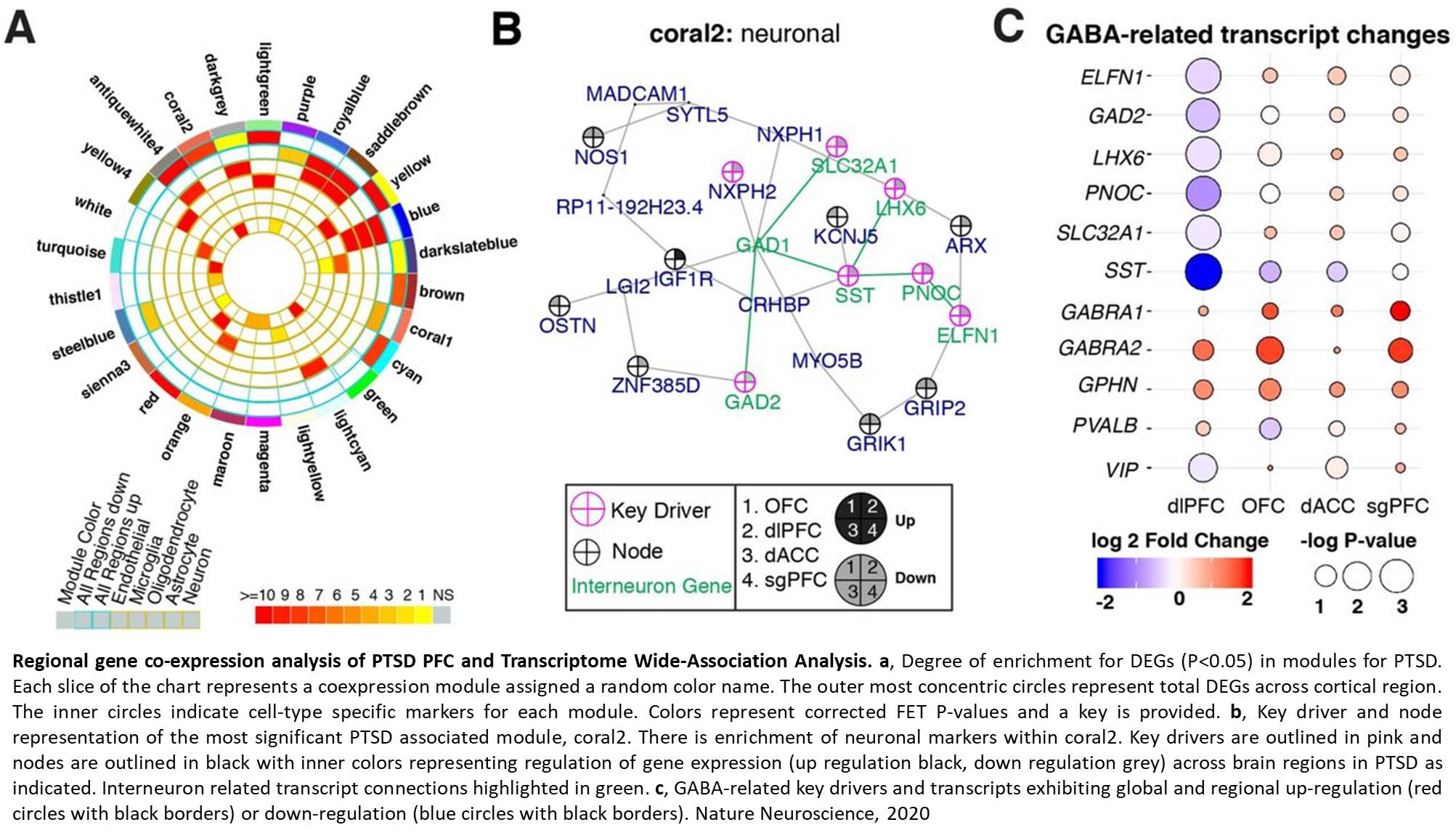 A post-mortem analysis of brain tissue from people who had been diagnosed with post-traumatic stress disorder (PTSD) may help explain enduring mysteries about the disorder, such as why women are more susceptible to it and whether a dampened immune system response plays a role in dealing with stress, a research team found.

The analysis of gene expression patterns in brain tissue located in four regions of the prefrontal cortex -- areas of the brain associated with higher cognitive function and executive control -- revealed distinct differences in those who had been diagnosed with PTSD and those who had not. Major differences in gene activity particularly affected two cell types in PTSD patients -- interneurons, which inhibit neural activity, and microglia, immune system cells in the central nervous system, the researchers report in the journal Nature Neuroscience.

"The findings suggest that together these changes might contribute to an impaired ability to respond to traumatic stress," said the lead author of the study.

About 8% of the general population has been diagnosed with PTSD. But among those who have experienced severe psychological stress -- including combat veterans, refugees, and victims of assault -- as many as 35% exhibit PTSD symptoms. These symptoms include re-experiencing traumatic events, avoidance of others, and hyperarousal when exposed to events that remind the individuals of their traumatic experience.

While the types of cells most profoundly impacted by PTSD were the same in men and women, there were distinct differences between genders in where within the prefrontal cortex the genes impacting those cells were expressed. These differences might help explain why women are more than twice as likely to develop PTSD and other anxiety disorders than men and why they are likely to experience more severe symptoms, the findings suggest.

About half of PTSD patients are also diagnosed with some form of depression. However, gene expression patterns found in brain tissue are more closely linked biologically with schizophrenia and bipolar disorder than depression, the researchers found.

"This is a new beginning for the PTSD field," noted co-senior author of the paper. "We need new treatments for PTSD, and studies like this will provide the scientific foundation for a new generation of medication development efforts."