Caspase-8 is the molecular switch for apoptosis, necroptosis and pyroptosis 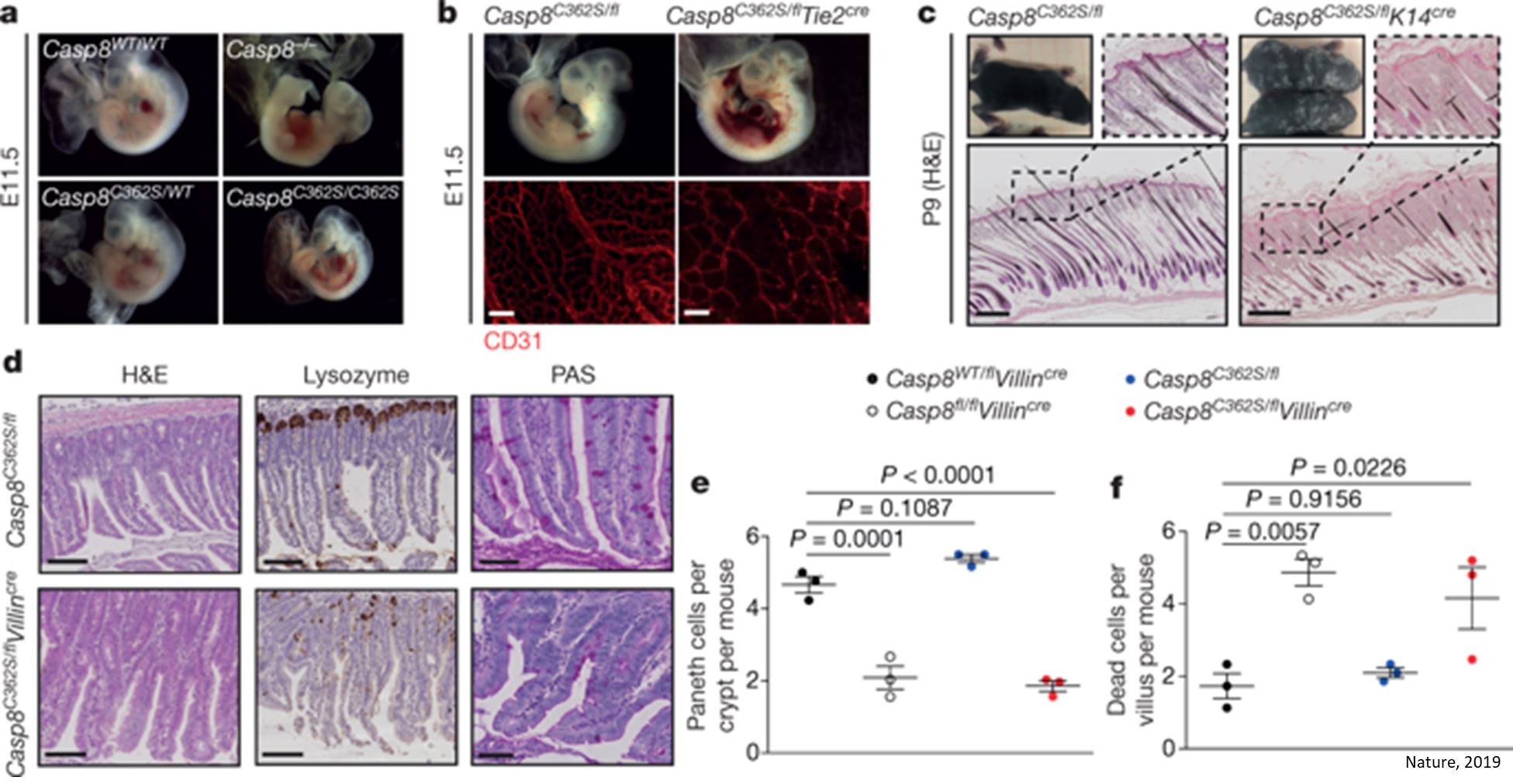 In order to safeguard healthy and functioning tissues, cells utilize different cell death mechanisms to dispose of unwanted cells (e.g. infected or aged cells). Apoptosis is a 'cellular suicide programme' that does not cause tissue injury and is induced by caspase-8. Necroptosis is another mode of regulated cell death which causes cellular damage and is normally engaged when caspase-8 is inhibited. Pyroptosis describes an inflammatory mode of regulated cellular death process, which is normally activated in response to microbial pathogens and is central for mounting anti-microbial immunity. The team has now shown that caspase-8 not only controls apoptosis and necroptosis but pyroptosis as well.

The research team studied the biological roles of caspase-8 in cell cultures and mice. The group showed that the enzymatic activity of caspase-8 is required to inhibit pyroptosis.

'We found out that the expression of inactive caspase-8 causes embryonic lethality and inflammatory tissue destruction. This could only be restored when necroptosis and pyroptosis were simultaneously blocked,' the senior author explains.

The lack of caspase-8 enzymatic activity primarily causes necroptotic cell death. Interestingly, when necroptosis is blocked, the inactive caspase-8 serves as a protein scaffold for the formation of a signalling protein complex called inflammasome, which ultimately induces pyroptosis.

'Microbial pathogens are heavily reliant on the fate of infected cells and have evolved a number of strategies to inhibit apoptosis and necroptosis,' the senior author adds.

The current study hypothesizes that these strategies may have driven the counter-evolution of pyroptosis to secure cellular death as a host defence mechanism. The caspase-8-mediated switch between different modes of cell death adds a critical layer to the plasticity of cell death-induced immunity, which is increasingly involved in aging-associated disorders.

Double-sided tape to seal the tissues in few seconds