Cell adaptation to nutrients is controlled through histone crotonylation 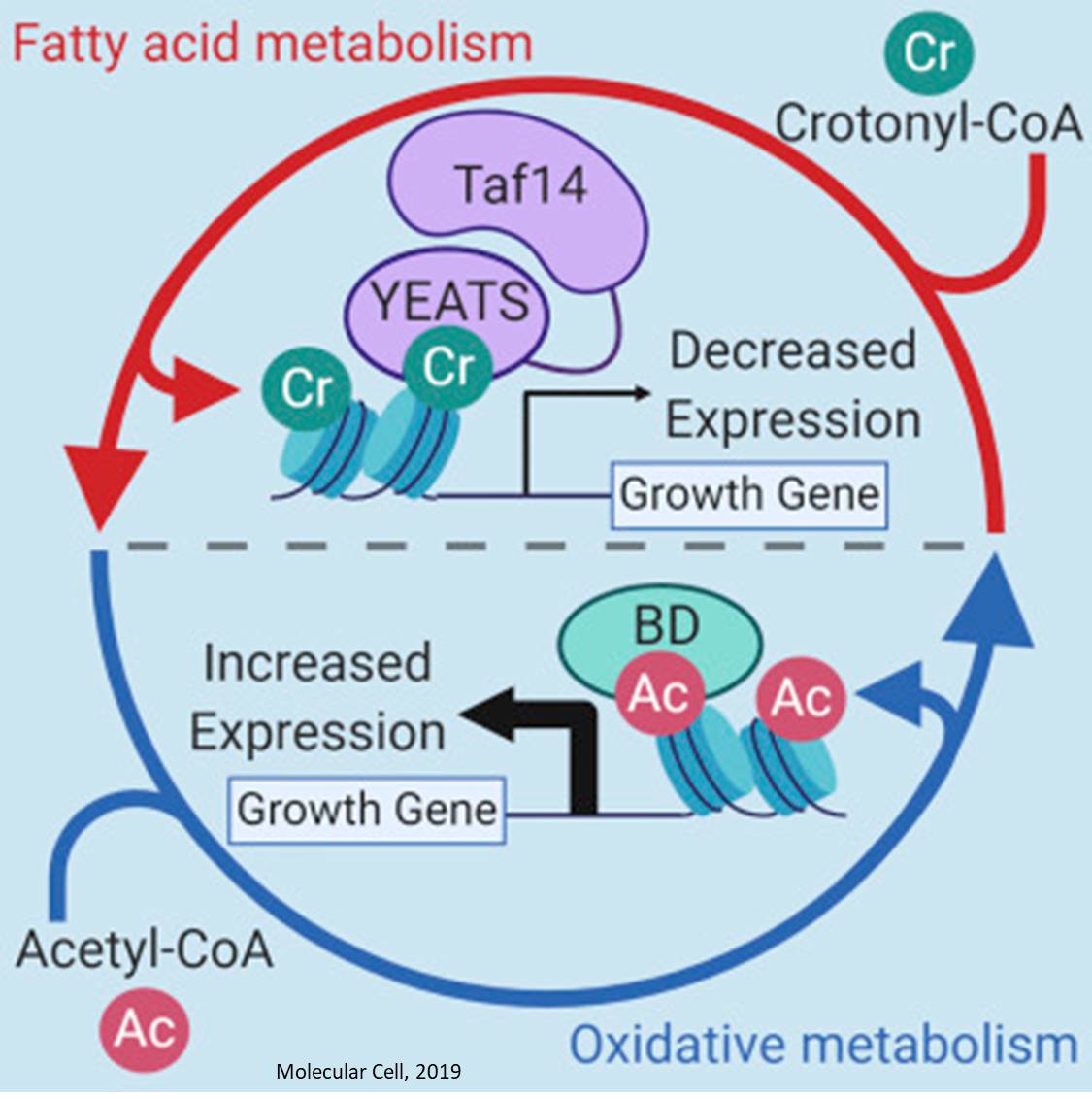 Scientists have uncovered what may be a fundamental biological mechanism that helps organisms adapt to rapid changes to nutrients in their environments.

The scientists, in a study published in Molecular Cell, found that a chemical mark on histones - a key protein involved in the function of our DNA - occurs naturally under nutrient-limited conditions as cells change the way they make energy, and serves to repress genes that would otherwise drive cell growth. The chemical mark is called crotonylation, and until now its function has not been well understood.

"Our findings help explain how a changing nutrient environment outside the cell is able to communicate to the nucleus of the cell in such a way that the appropriate genes are switched on or off," said study co-senior author.

The other co-senior author elaborated, "We identified mechanisms by which cells can quickly reduce their energy consumption as soon as it becomes limited in the local environment. Expression of growth genes are extremely energy-demanding, and they need to be tightly regulated in nutrient-limited environments in order to ensure survival."

The finding advances basic science by revealing a key mechanism through which cells alter gene expression programs in order to adapt to low-nutrient conditions. But it may also have long-term clinical implications, including our understanding and treating of cancers. The study identified a key yeast protein, Taf14, that mediates crotonylation's growth-changing functions. Proteins similar to Taf14 in humans are often disrupted in cancers, hinting that this signaling mechanism might be a future target of cancer therapy.

Crotonyl marks occur on the support proteins called histone proteins around which DNA normally is spooled. Like other chemical marks on histones, crotonyl marks are thought to work by loosening or tightening the local wrapping of DNA so that affected genes can become active or are forced into inactivity. Such histone marks are broadly known as "epigenetic" marks because they effectively help control, or program, which genes are turned on and which are turned off in a cell.

The precise functions of crotonyl marks have been somewhat mysterious. But the authors found evidence that these marks occur naturally under low-nutrient conditions when the main form of chemical energy in cells, related to glucose, is less available and cells start to scavenge chemical energy from fat-related molecules. Fatty acids are generated as byproducts of this alternate energy production process and soon make their way to the nucleus. There enzymes start attaching one form of these fatty acids, crotonyls, to histones. That forces a change in gene activity that slows growth and otherwise adapts the cell for low-nutrient conditions.

"It's an elegant way that nature has evolved to control the genome using metabolic events happening in the cell," the co-senior author said.

Crotonylation in this context appears to have nearly the opposite function of a better-known histone marking called acetylation, which uses byproducts of normal, glucose-related energy production to keep growth genes switched on.

The co-senior authors made these findings by studying yeast, which have a natural tendency to cycle cleanly between nutrient-rich and nutrient-poor states. This made it easier to isolate the function of histone crotonylation. The scientists now plan to study the role of this type of epigenetic mark in humans, where it is prominent in gut and brain cells, and its function often appears to be disrupted in cancers. How transcription factors interact to create a heart