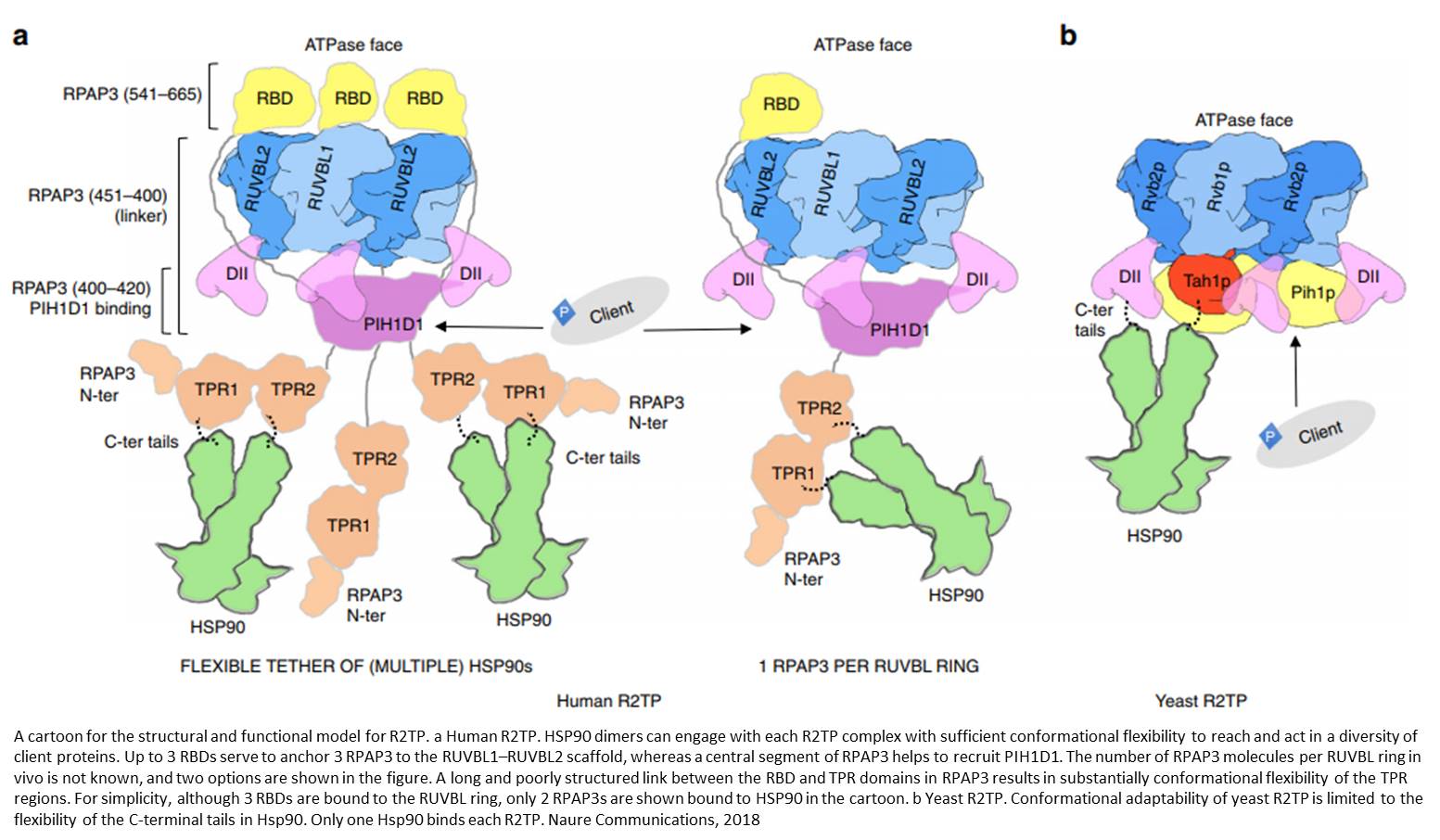 A research team has determined for the first time the high-resolution structure of a complex (R2TP) involved in key processes for cell survival and in diseases such as cancer. This achievement has been made possible by using high-resolution cryo-electron microscopy published in Nature Communications.

The team have used this technique to learn about the structure and functioning of a complex system called R2TP, which is involved in various key processes for cell survival such as the activation of the kinases mTOR, ATR and ATM, proteins that are the target of various cancer drugs currently being developed.

mTOR, ATR and other related kinases do not work in isolation but rather by interacting and forming complexes with other proteins, which are essential for their normal functioning. The assembly of these structures with multiple components does not take place in cells spontaneously. The R2TP system and the HSP90 chaperone are crucial for the assembly and activation of mTOR and other related kinases, but how this happens in cells is still somewhat of a mystery. "If we understand this assembly pathway - explains the researcher - we will be able to identify new ways of targeting the activity of these kinases".

Thanks to cryo-electron microscopy, "we have been able to visualise, for the first time, the high-resolution structure of the human R2TP system", states the senior author. What has most surprised the researchers is the unexpected complexity of the human R2TP system, compared to its yeast homologues. The microscope images show that R2TP is a large platform capable of putting HSP90 in contact with the kinases on which HSP90 must act. When viewed under the microscope, R2TP looks like a jellyfish with three very flexible 'tentacles' made up of RPAP3 protein. The kinases of the mTOR family are recruited to the base of this jellyfish's 'head', while HSP90 is hooked by the tentacles and taken to the kinases, thanks to their flexibility.

"This first observation of the human R2TP system has allowed us to understand its structure and functioning mechanisms, which were previously unknown. Our next steps will be to study the details of how R2TP and HSP90 are able to assemble the complexes made up of kinases of the mTOR family, in order to find ways of interfering with these processes", concludes the senior author. "The R2TP system is also involved in the activation of other essential molecules for the cell and in the development of cancer, such as the RNA polymerase, telomerase, or the 'splicing' system, areas that we intend to explore in the future".