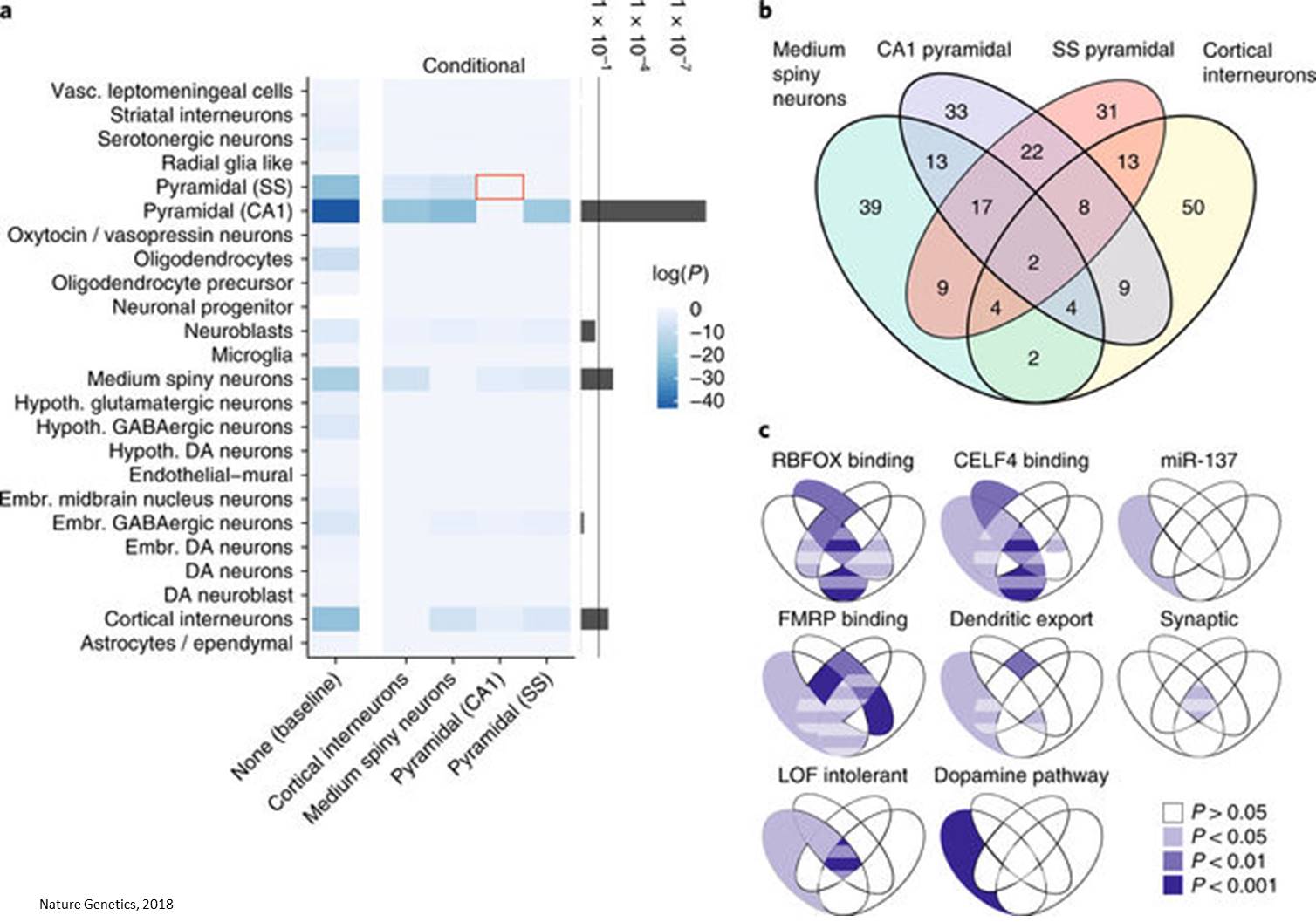 Schizophrenia is an often devastating disorder causing huge human suffering. Genetic studies have linked hundreds of genes to schizophrenia, each contributing a small part to the risk of developing the disease. The great abundance of identified genes have made it difficult to design experiments. Scientists have been struggling to understand what is linking the genes together and whether these genes affect the entire brain diffusely or certain components more.

By combining new maps of all the genes used in different cell types in the brain with detailed lists of the genes associated with schizophrenia, scientists in the current study could identify the types of cells that underlie the disorder. The genetics point towards certain cell types being much more implicated than others. One finding was that there appears to be a few major cell types contributing to the disorder, each of which originates in distinct areas of the brain.

The findings are published in Nature Genetics.

"One question now is whether these brain cell types are related to the clinical features of schizophrenia. For example, greater dysfunction in one cell type could make treatment response less likely. Dysfunction in a different cell type could increase the chances of long-term cognitive effects. This would have important implications for development of new treatments, as separate drugs may be required for each cell type involved," says co-main author.

Authors found that the common-variant genomic results consistently mapped to pyramidal cells, medium spiny neurons (MSNs) and certain interneurons, but far less consistently to embryonic, progenitor or glial cells. These enrichments were due to sets of genes that were specifically expressed in each of these cell types.

They also found that many of the diverse gene sets previously associated with schizophrenia (genes involved in synaptic function, those encoding mRNAs that interact with FMRP, antipsychotic targets, etc.) generally implicated the same brain cell types.

The results suggest a parsimonious explanation: the common-variant genetic results for schizophrenia point at a limited set of neurons, and the gene sets point to the same cells. The genetic risk associated with MSNs did not overlap with that of glutamatergic pyramidal cells and interneurons, suggesting that different cell types have biologically distinct roles in schizophrenia.