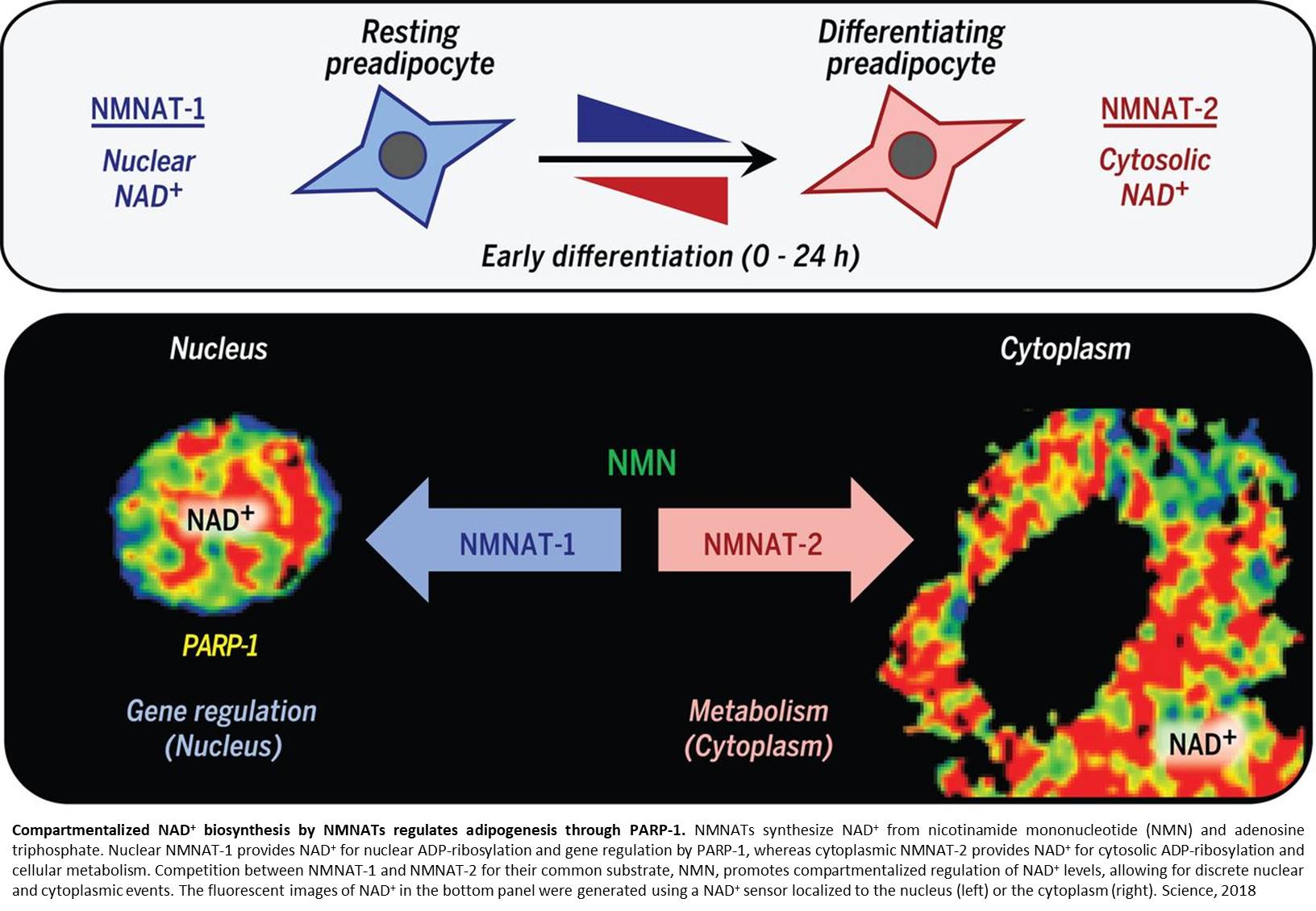 Glucose is the energy that fuels cells, and the body likes to store glucose for later use. But too much glucose can contribute to obesity, and scientists have long wanted to understand what happens within a cell to tip the balance.

NAD+ stands for nicotinamide adenine dinucleotide. It's a molecule found inside cells in the body that helps transfer energy between molecules. NAD+ is believed to play important roles in longevity, aging, and diseases ranging from neurodegenerative disorders to cancer.

To solve this riddle, researchers examined specialized compartments inside the cell to reveal the role of NAD+ in turning on genes that make fat cells. NAD+ is synthesized by three different synthases (NMNAT-1, -2, and -3). Authors show that compartmentalized NAD+ synthesis and  consumption integrate glucose metabolism and adipogenic (fat-promoting) transcription during adipocyte differentiation.

"This compartmentalization ends up having profound effects on gene expression in the nucleus, as well as metabolism in the cytoplasm," said senior author on the research. "We found that these processes play key roles in fat cell differentiation and in cancer cells."

"The previous thinking in the field was that NAD+ was evenly distributed throughout cells and moved freely between different subcellular compartments," said the senior author. "We showed that NAD+ is actually compartmentalized - there are separate nuclear and cytoplasmic pools of NAD+ whose levels change under certain cellular conditions."
The research team's breakthrough is reported in the journal Science.

Accounting for the levels of NAD+ biosynthesis separately rather than in their totality helped increase the understanding of the biology involved, said first author.