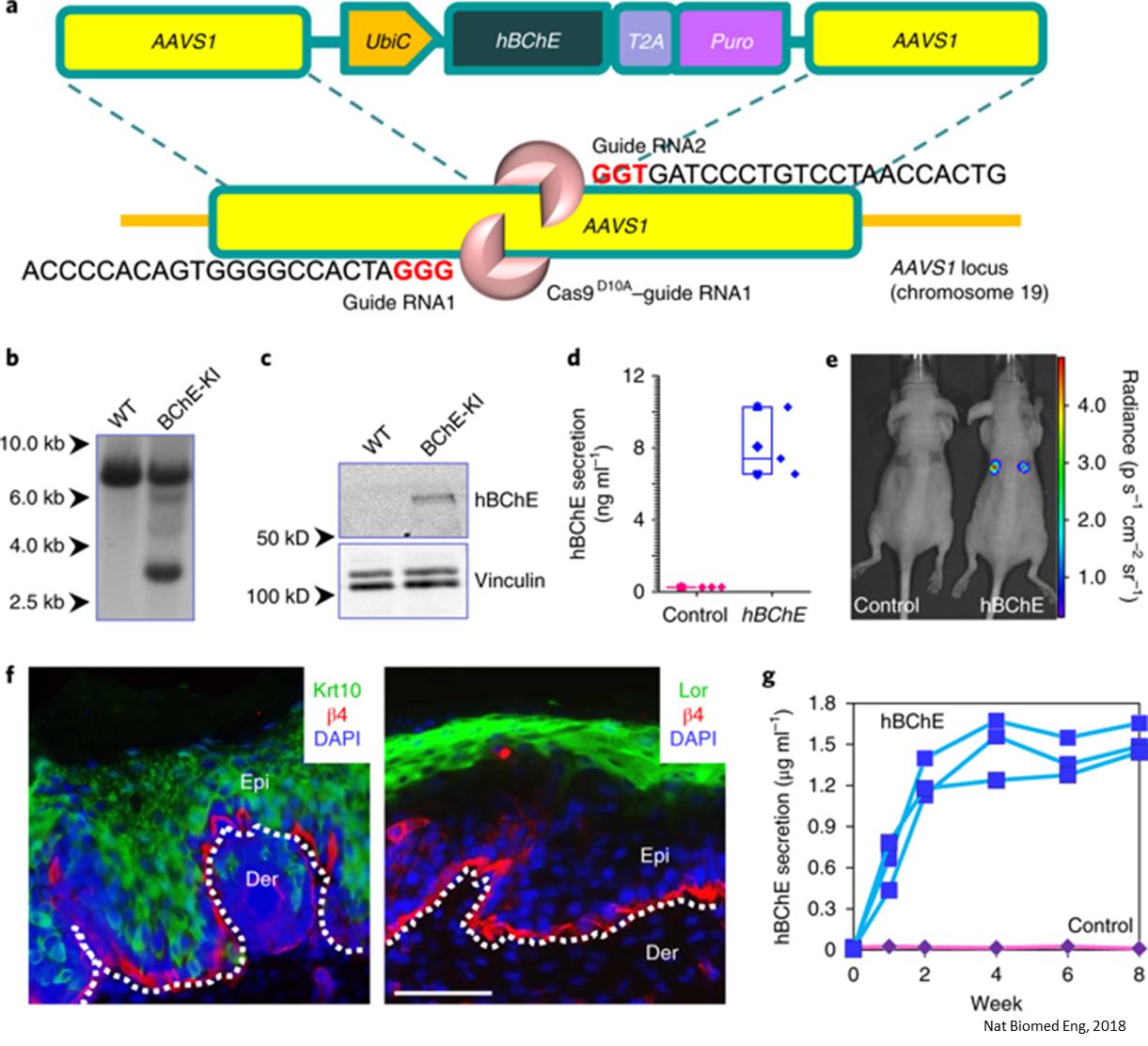 There are no approved medications to treat either cocaine addiction or overdose. Frequent users tend to become less and less sensitive to the drug, leading to stronger or more frequent doses. The typical result is addiction. Exposure to the drug, or to drug-associated cues, even after long periods of abstention, often leads to relapse.

In the journal Nature Biomedical Engineering, a research team describe a novel approach that was able to stifle the desire for cocaine and to protect against an overdose — when tested in in mice.

The researchers had the three crucial mechanisms necessary to treat overdose and prevent addiction, according to the senior author.

"We had an effective enzyme that can degrade cocaine with high efficiency," the author said. "We had CRISPR, a genetic tool that enabled us to introduce a gene of interest inside the cell without affecting other genes. And, most importantly we had technology, developed to put genetically modified skin cells back into an immunocompetent recipient. That saved us a lot of trouble."

The enzyme, butyrylcholinesterase (BChE), can degrade cocaine. But because of its short half-life, injecting BChE directly into muscle tissue has a profoundly limited effect.

Then they prepared skin organoids and transplant them back to the donor animals, where they act as a depot for robust expression and secretion of hBChE into the blood stream. This efficiently protected the mice from cocaine-seeking and cocaine-induced relapse. It even prevented the death of mice exposed to uniformly lethal doses of cocaine.

Cutaneous gene therapy can be used as a "safe and effective way for treatment of non-skin diseases, including drug abuse, a scenario that has not been explored before," the authors note. "We demonstrated key evidence that engineered skin transplants can efficiently deliver hBChE in vivo and protect against cocaine-seeking and overdose."

Mice who received these skin grafts were able to remove cocaine from the bloodstream much faster than normal mice. They were able to withstand cocaine overdoses that would be lethal to 100 percent of unprotected mice.

Treated mice were less likely than untreated mice to enter environments previously associated with cocaine use. Mice exposed to alcohol, however, retained a learned fondness for that drug.

"Our study demonstrates that transplantation of genome-edited skin stem cells can be used to deliver an active cocaine hydrolase long term in vivo," the authors concluded. They showed that epidermal stem cells "can be successfully employed for ex vivo gene therapy, as efficient genetic manipulation is possible with minimal risk."

Skin transplantation protocols have been in clinical use for decades in the treatment of burn wounds, as well as vitiligo and skin genetic disorders, the authors note. These regenerated skin grafts "are stable and have been shown to survive long-term."

The skin-derived expression of hBChE in host mice with intact immune systems was stable for more than 10 weeks without significant decrease in hBChE. This suggests that the skin environment may limit any potential immune reaction toward hBChE.

For cocaine addicts or those prone to cocaine abuse, this approach could reduce drug-seeking and protect against cocaine overdose, potentially making them "immune" to further cocaine abuse. This skin cell-based approach can potentially be used to treat alcohol, nicotine and opioid abuse and co-abuse.

Creative thinking about cocaine addiction and overdose is needed. About five percent of young adults in the United States (1.7 million people aged 18 to 25) have used cocaine at least once, according to the 2015 National Survey on Drug Use and Health. More than 900,000 Americans are dependent on, or abuse, this popular but illegal drug.