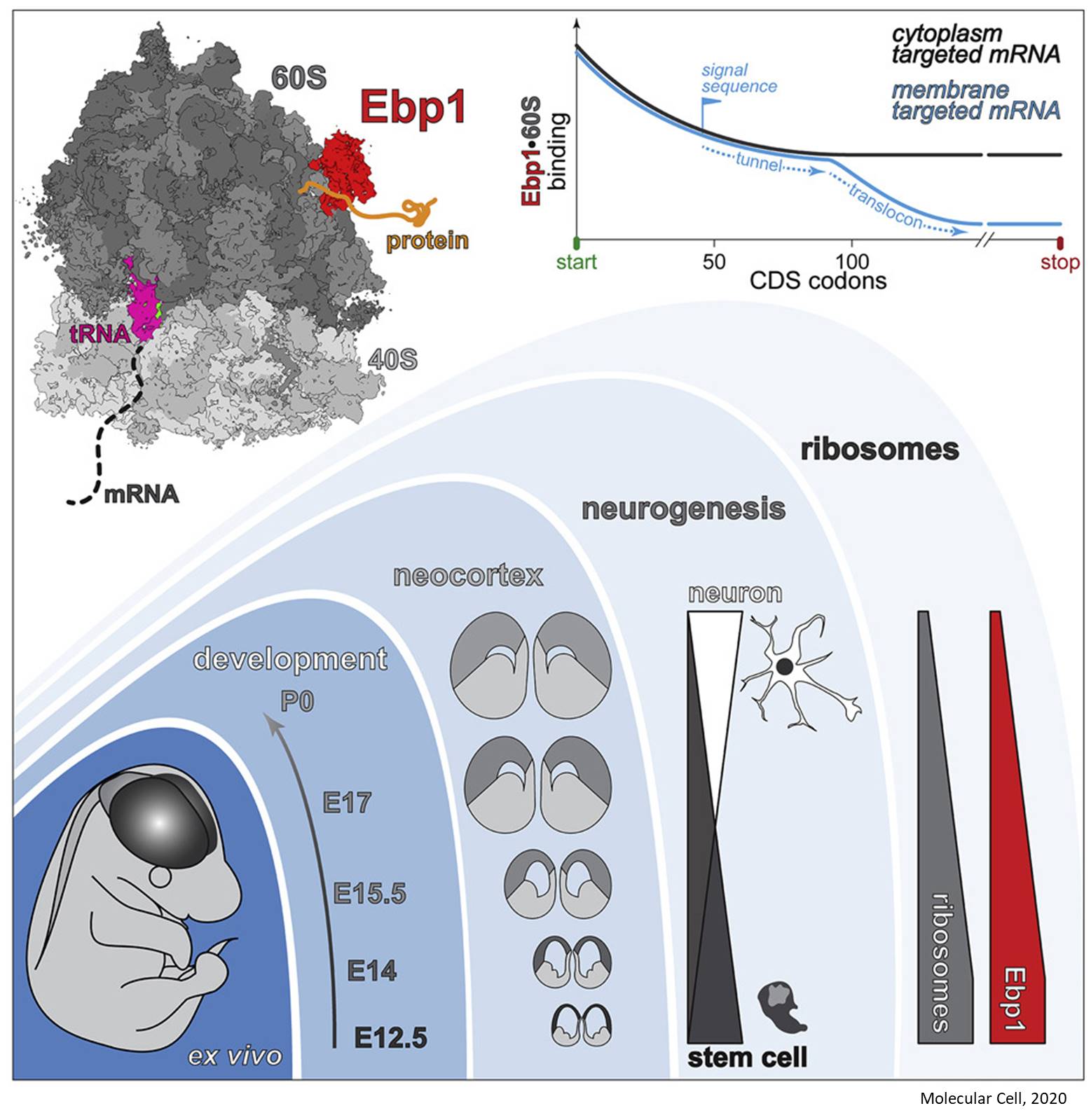 Protein synthesis is a finely tuned process in the cell by macromolecules known as ribosomes. Which regulators are responsible for controlling protein synthesis in the brain, and how do they exert their control on the ribosome? To address this question, a team of researchers studied the structure of the brain's ribosomal complexes in great detail. The team was able to identify a new factor which is also involved in controlling brain development. Details of this research have been published in Molecular Cell*.

Proteostasis refers to maintaining a delicate balance of protein levels in the cell, which is of particularly crucial importance to neurons. Abnormal protein production is a characteristic feature of many brain disorders. High precision protein production is of immense importance during the early development of a complex part of the cerebral cortex known as the neocortex. It is particularly important in the production of membrane proteins, which play an important role in cell-to-cell sites of synaptic contact between nerve cells. As the cell's 'molecular protein factories', ribosomes are at the heart of the regulatory processes involved in proteostasis.

A range of molecules can influence ribosome function, and are responsible for controlling the production of specific proteins in different tissues and at different developmental stages. The way in which these various factors interact with the ribosome during development remains widely unknown. However, a group of researchers has successfully observed protein production by ribosomes in the developing brain.

"It is the first time the ribosomal complex has been visualized in action inside the brain at near atomic-level resolution," says the senior author. "While the structure of the ribosomal complex has been mapped in other tissues and organisms, our approach enabled us to identify Ebp1 as the new key factor responsible for controlling both ribosome function and the synthesis of specific proteins during brain development." The interaction between the regulatory protein Ebp1 (short for ErbB3 binding protein 1) and the ribosome takes place at the ribosome's exit tunnel, through which the newly formed protein chain emerges from the ribosome. Through this interaction, Ebp1 influences the production of membrane proteins that play an important role in neuronal interactions, thus maintaining neuronal proteostasis.

As part of a multidisciplinary project linking aspects of structural biology and neuroscience, the researchers used cryo-electron microscopy (cryo-EM) as their main investigative tool, combining it with mass spectrometry, RNA sequencing and genetic techniques. The cryo-EM imaging technique enables scientists to determine protein structures - particularly larger complexes comprising multiple molecules - at extremely low temperatures and near-physiological conditions. The study's first author explains: "We could therefore visualize the molecular architecture of the ribosome at high resolution, as it would be found inside brain cells. We were able to capture snapshots of the ribosome in action."

"Protein production in various types of brain cells is subject to finely tuned control mechanisms. Small changes can lead to big consequences, such as neurodegenerative diseases or disrupted development. Our findings on the role of ribosomes during normal brain development will help us to better understand pathological changes affecting the brain," says the senior author. As a next step, the researchers are conducting a large-scale study to understand the way ribosomes translate messages from the genetic code (mRNA) into numerous essential proteins throughout brain development.