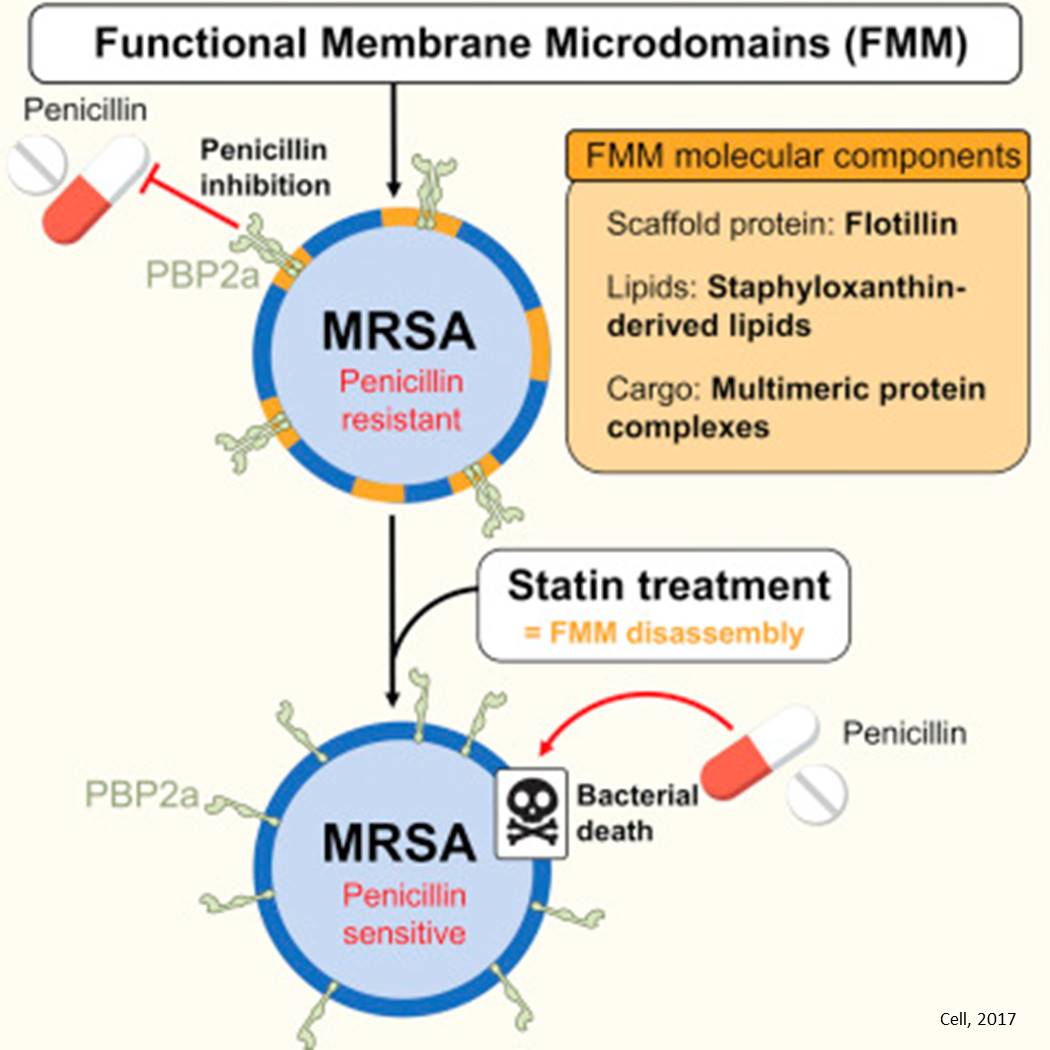 Superbugs are strains of bacteria resistant to several types of antibiotics. Their main characteristic is their ability to mutate their DNA from one generation to the next, making themselves resistant to the most common antibiotics. This has been abetted by other factors such as the imprudent and indiscriminate use of these medications- mainly through not completing the full treatment period, and self-medication.

A team led by researchers has made an important breakthrough in the battle against superbugs and their resistance to multiple drugs. Scientists have designed molecules which can break the cellular mechanisms which lead these bacteria to becoming unaffected by conventional antibiotics. The results of this discovery are published in the journal, Cell.

The research was carried out in vivo on mice and on the bacterium Staphylococcus aureus- one of the most life-threatening strains given its resistance to methicillin (a common antibiotic, in the penicillin group), especially in hospital environments. According to the World Health Organization, people infected with this resistant strain are 64% more likely to die than those infected with non-resistant strains.

The work focused on directly attacking those areas of the bacteria where the proteins assemble to form complexes. "These microdomains in the cell membrane- called lipid rafts- are crucial because they form many protein complexes related to resistance to antibiotics", says the senior author.

To date, bacteria had not been shown to have the complex cellular organization based on assembly platforms which are present in eukaryotic (animal, plant and fungal) cells. In these areas of the cell membrane, the proteins responsible for forming large complexes do so really efficiently.

After characterization of the bacterium's proteins and lipids using, amongst other things, advanced techniques such as cryotomography, the researchers chose a group of molecules capable of disassembling the lipid rafts. Many of these molecules are the same as those prescribed, in certain cases, to treat high cholesterol.

"Since we know that many of the proteins related to antibiotic resistance are assembled in these microdomains, what we have done is to generate a strategy to break them down and to attempt to eliminate their resistance. The molecules we have designed make all these proteins stop working and become disorganised. In short, they succeed in making a resistant bacteria stop being resistant", points out the researcher.

The researchers propose using these molecules in combination with methicillin in the treatment of invasive infections by superbugs. As the senior author explains, "Firstly, resistance would be disassembled before aiming a direct attack on the bacteria with a common antibiotic. It's interesting because the option now becomes open to us to combat superbugs using an entirely new approach."

According to the scientists, the work offers a new lease of life to conventional antibiotics in the fight against superbugs, provided they are always used in combination with the molecules they have created. "With this, mortality caused by invasive infections would be reduced", adds the researcher.

But what if the bacteria were to mutate once again, building resistance to this new treatment? According to the senior author, the chances of that happening are remote since eliminating the lipid rafts "takes away biological pressure on the bacteria to change. That is, it does not affect their survival and, therefore, they do not undergo the changes that would generate resistance"