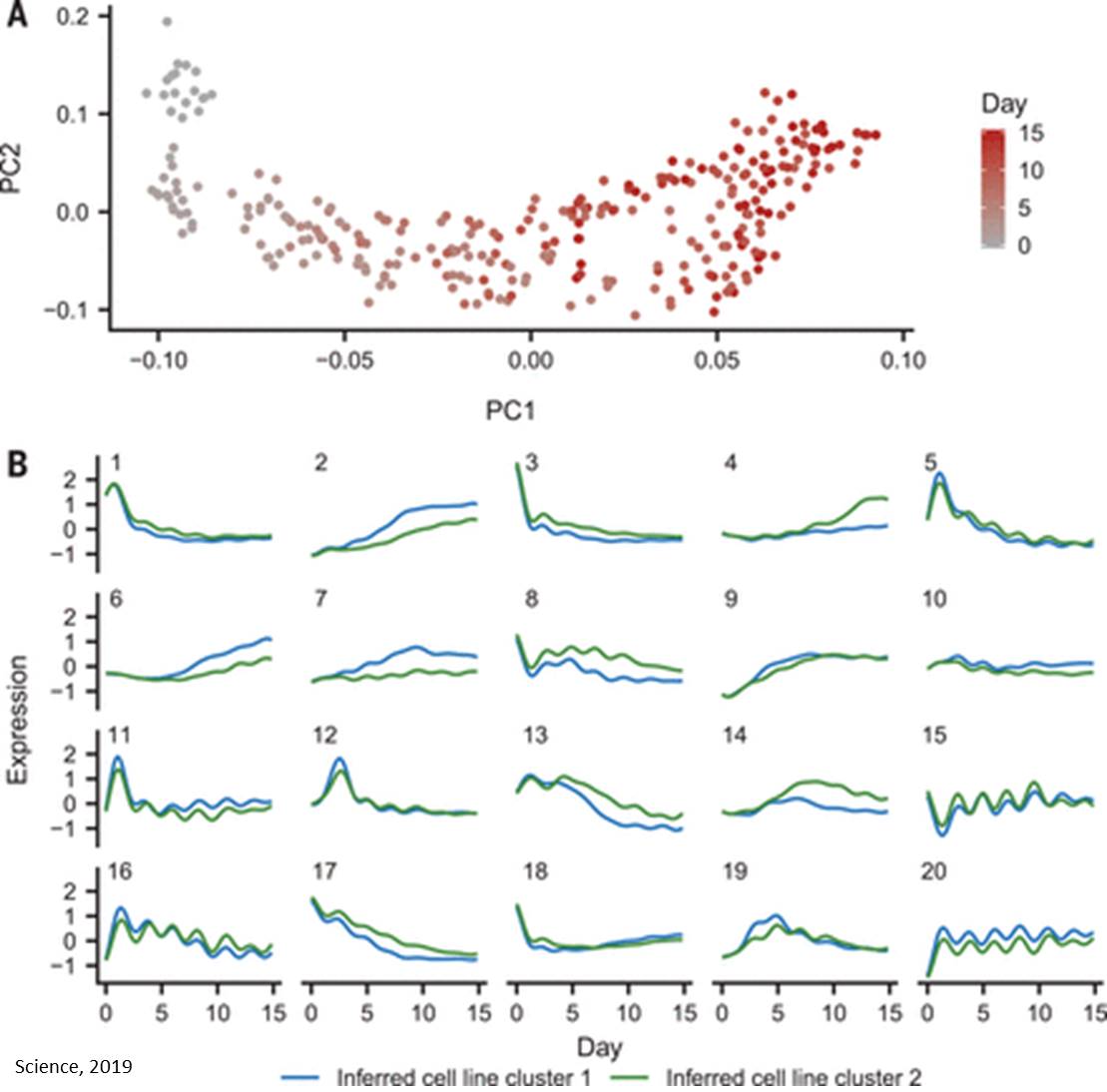 Fleeting differences in gene expression between individuals that occur at different points in time during cell development may have consequences on the ultimate risk for disease in mature tissues and cell types.

In a new study published in Science, researchers analyzed RNA sequence data from 16 time points in human stem cells as they developed into cardiomyocytes, or heart muscle cells. In the process, they identified hundreds of expression quantitative trait loci (eQTLs), sections of DNA that are associated with differences in gene expression between individuals.

These differences in how genes are expressed may have functional significance and perhaps even explain varying risk for diseases. Since many of these differences in expression occur at intermediate points during development, however, scientists can't see them by studying only mature, fully-developed tissues.

"Those associations are like shooting stars," said the senior author of the study. "They appear at one point and never again during development, and they might actually be important to the phenotype of the mature tissue and maybe even disease. But unless you study those particular cell types at that particular time, you'll never see them."

The authors started with pluripotent stem cells, a type of artificial stem cells that can be coaxed into growing into many different cell types. For this study, the cells were differentiated into cardiomyocytes, the primary contracting muscle cells in the heart.

The researchers sampled RNA from the cells once a day over 16 days as they developed into cardiomyocytes. This allowed them to measure gene expression every single day in cell types that were not truly the beginning stem cells and not truly mature heart cells either. Instead of getting one snapshot of genetic activity by sampling adult tissues, they were able to see 16 additional snapshots leading up to that point as well.

The fleeting differences that occur during development could help explain differences in risk for complex diseases such as cancer, heart disease or diabetes that aren't caused by a single genetic mutation. Instead, these complex diseases are likely caused by dozens, if not hundreds, of subtle genetic mutations combined with interactions with lifestyle and the environment. On their own, these small mutations don't affect your overall health, but together they can elevate risk for particular diseases. The new research shows that these small genetic differences could impact gene expression at many points along the way.

"We think a lot of the relevant molecular changes that can ultimately explain your risk profile are not going to occur in your mature tissues of the heart, liver or pancreas that we can sample from adults. They're probably occurring somewhere much earlier."

The process of taking stem cells from a person, coaxing them into different kinds of mature cells--while periodically sampling RNA expression along the way--is still time consuming and expensive, so the findings of this study won't immediately turn into a diagnostic tool. But the author says as researchers learn more about what these "shooting star" differences in gene expression mean, they may be able to spot the final genetic signatures they leave in mature tissues. That way, if they saw a certain pattern in the genome, for example, they might know it meant there was a particular level of expression on a certain day of development for those specific cell types.

"We can now think in another dimension," the author said. "Instead of taking a human and sampling everything you see in front of you, we now know there's a history of how we got here, and some of those differences can't be observed anymore."