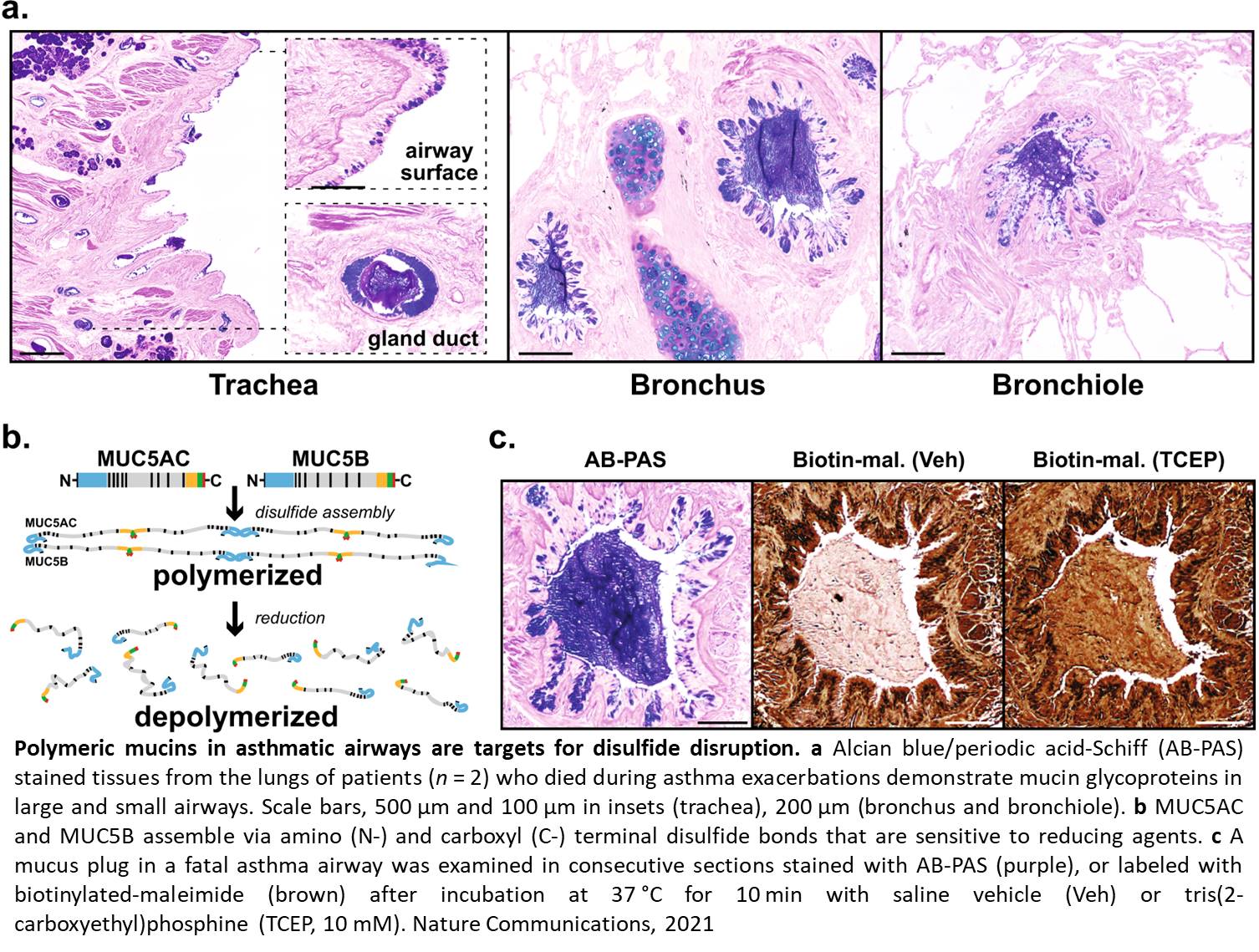 Mucus in the lungs can be fatal for asthma patients, but scientists have broken up those secretions at the molecular level and reversed their often deadly impacts.

In a study published in the journal Nature Communications, the researchers explained how they created an inhaled treatment that disrupted the production of excess mucus by reducing disulfide bonds in mice and opening up their airways. The same treatment had similar impacts on human mucus samples.

"Currently about 10% of the population has asthma," said the study's lead author. "Excessive mucus blocks airflow, causing wheezing, and worsening the effects of inflammation and contraction of the muscles that line the airways."

Yet treatments for asthma like bronchodilators and steroids are rarely effective against mucus. Evans said they hydrate the mucus making it easier to cough up, but fail to treat the problem at the molecular level.

The team targeted macromolecules in mucus called polymeric mucin glycoproteins. They help protect the lungs and airways from infection in healthy individuals. But when overproduced, they can make gelatinous plugs that block airways as seen in asthma and other pulmonary conditions.

The researchers tried to shut down this process by breaking up mucin disulfide bonds which contribute to the overproduction of mucus. They treated asthmatic mice with a chemical known as TCEP (tris(2-carboxyethyl)phosphine) which quickly reversed the disease. It also worked on human mucus taken as samples from asthma patients.

The researchers said that while TCEP would likely irritate human lungs, something similar could be added to drugs treating asthma, COPD, cystic fibrosis and other pulmonary diseases making them much more effective at reducing mucus.

"You can develop safer mucolytic compounds using this kind of strategy," the senior author said. "They could help steroids and albuterol penetrate deeper into the lungs and airways. They could be used as an adjunct therapy."

Such new compounds might also be used in treating COPD, pulmonary fibrosis and even infections such as pneumonia or Covid-19 which attacks the lungs and airways.

"These findings establish grounds for developing treatments to inhibit effects of mucus hypersecretion in asthma," the senior author said. "I believe they have life-saving potential."

A new compound to erase RNA defect in spinocerebellar ataxia