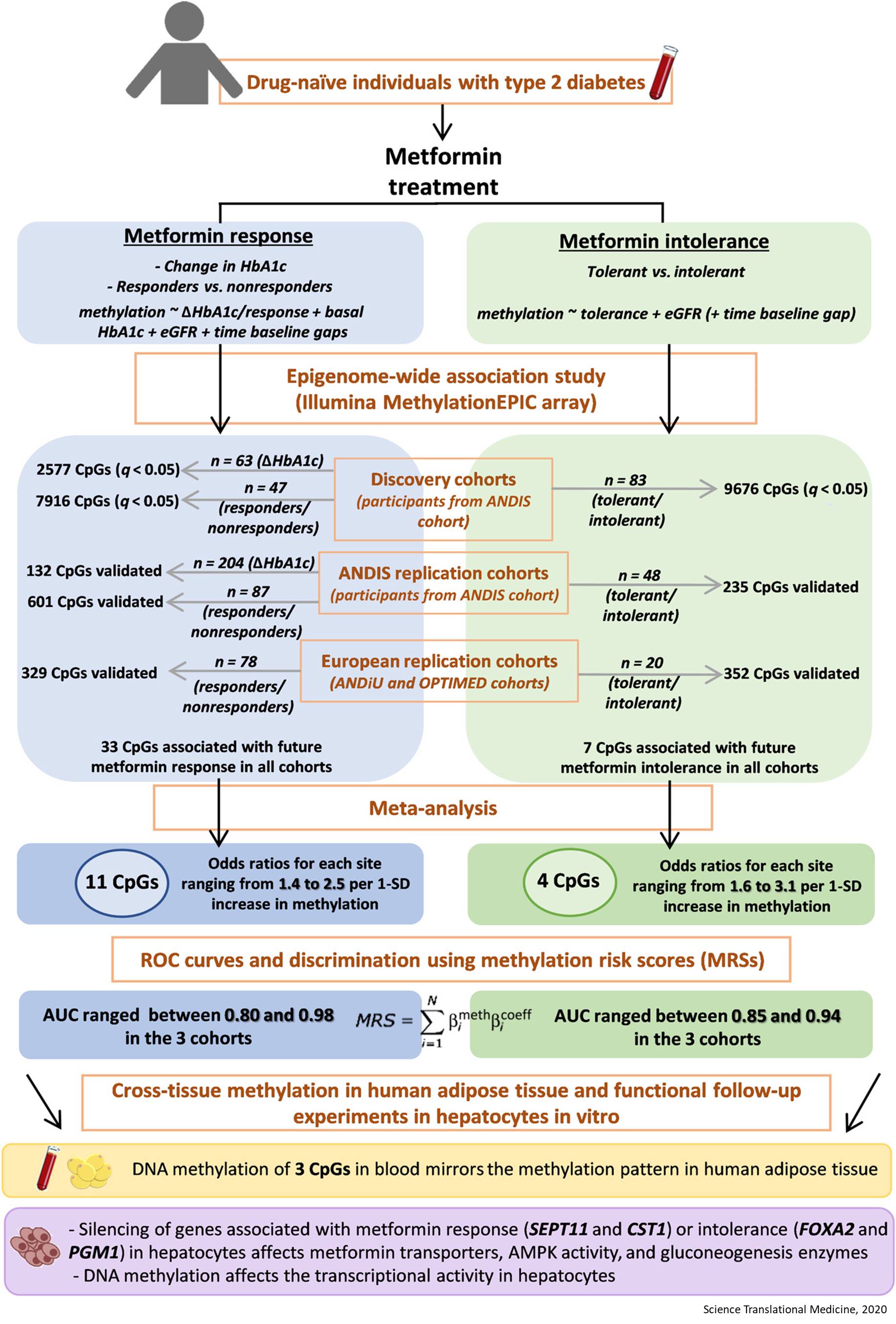 Metformin is the first-line drug that can lower blood sugar levels in type 2 diabetes patients. One third of patients do not respond to metformin treatment and 5 per cent experience serious side effects, which is the reason many choose to stop medicating. Researchers have now identified biomarkers that can show in advance how the patient will respond to metformin treatment via a simple blood test.

"Our study constitutes an important step towards the goal of personalised care for diabetes patients because it can contribute to ensuring that the right person receives the right care as soon as there is a diagnosis", says the senior author of the study.

When diet and exercise are not enough to regulate blood sugar, metformin is the first drug introduced to treat type 2 diabetes, according to international guidelines. If it does not have the intended effect in the form of lowered blood sugar levels, or if the patient experiences serious side effects, patients then go on to trial other drugs.

"If it takes a long time for the patient to receive the correct treatment, there is a risk of complications due to the elevated blood sugar levels. Approximately 30 per cent of all patients with type 2 diabetes do not respond to metformin and should be given another drug right from the start. For this reason, it is important to be able to identify these patients upon diagnosis", says the senior author.

One third of patients experience side effects usually in the form of gastrointestinal difficulties such as nausea, stomach pain and diarrhoea. Five per cent stop taking the medicine due to severe side effects.

The study is the first pharmacoepigenetic study in diabetes, i.e. that researchers have studied how epigenetic factors, such as DNA methylation (see fact box), can be used as biomarkers to predict the effect of a drug.

"To a certain extent, pharmacoepigenetics has been used within cancer care to predict how a person will respond to a treatment, however, it has never been done in diabetes care before", says the author.

Researchers in the study have looked at epigenetic modifications, so-called DNA methylations, in blood from individuals diagnosed with diabetes before they started taking metformin. In a follow-up a year later, the researchers could see which patients had benefited from the treatment (with resulting lowered blood sugar levels) and whether or not they had suffered from side effects.

DNA methylation of 11 and 4 sites differed between glycemic responders/ nonresponders and metformin-tolerant/intolerant patients, respectively, in discovery and replication cohorts. Greater methylation at these sites associated with a higher risk of not responding to or not tolerating metformin with odds ratios between 1.43 and 3.09 per 1-SD methylation increase.

Methylation risk scores (MRSs) of the 11 identified sites differed between glycemic responders and nonresponders with areas under the curve (AUCs) of 0.80 to 0.98. MRSs of the 4 sites associated with future metformin intolerance generated AUCs of 0.85 to 0.93.

Some of these blood-based methylation markers mirrored the epigenetic pattern in adipose tissue, a key tissue in diabetes pathogenesis, and genes to which these markers were annotated to had biological functions in hepatocytes that altered metformin-related phenotypes.

"By compiling the responses, we have found biomarkers that can identify already at diagnosis of diabetes which patients will benefit from and tolerate metformin, which will advance personalised therapy in type 2 diabetes", says the study's first author.

As a next step, the researchers are planning for a new clinical study in which they will repeat the study with a larger patient group - 1000 patients will be invited to participate from all around the world.