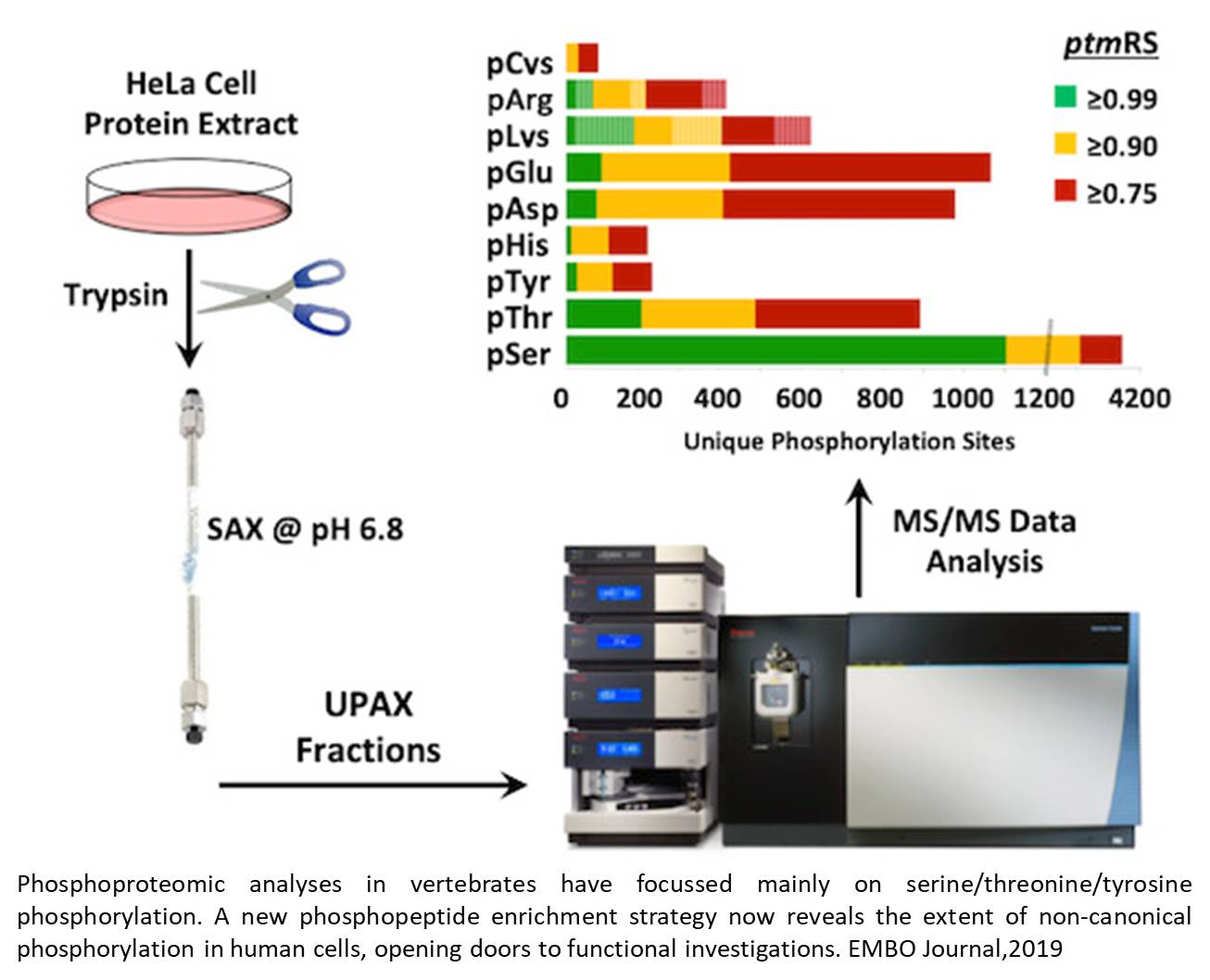 Researchers have made a major breakthrough in the field of cell signaling. In humans, signaling in cells normally regulates cell growth and repair. However, abnormal cell signaling contributes to many diseases, including cancer and neurodegeneration. Therefore, identifying specific proteins that control cell signalling in healthy and disease states could help accelerate the discovery of disease biomarkers and drug targets.

Using a new analytical workflow involving mass spectrometry, a research team has shown that the phenomenon of protein modification (phosphorylation) in cell signalling is far more diverse and complex than previously thought. This study, published in The EMBO Journal, opens up a whole new area for bioscience and clinical researchers to explore.

Protein phosphorylation, which involves the addition of phosphate groups to proteins, is a key regulator of protein function, and defining site-specific phosphorylation is essential to understand basic and disease biology. In vertebrates, research has primarily focused on phosphorylation of the amino acids serine, threonine and tyrosine. However, mounting evidence suggests that phosphorylation of other 'non-canonical' amino acids also regulates critical aspects of cell biology.

Lead researcher said: "The novel non-canonical phosphorylation sites reported in this resource are likely to represent only the tip of the iceberg; identifying the diverse phosphorylation landscape likely to exist across vertebrate and non-vertebrate organisms is an important challenge for the future.

"The diversity and prevalence of multiple non-canonical phosphorylation sites raises the question of how they contribute to global cell biology, and whether they might represent biomarkers, drug targets or anti-targets in disease-associated signalling networks.

"The mass-spectrometry-based analytical workflow that we have developed will allow scientists from around the world to define and understand regulated changes in these novel types of protein modifications in a high throughput manner, which we have demonstrated are widespread in human cells."