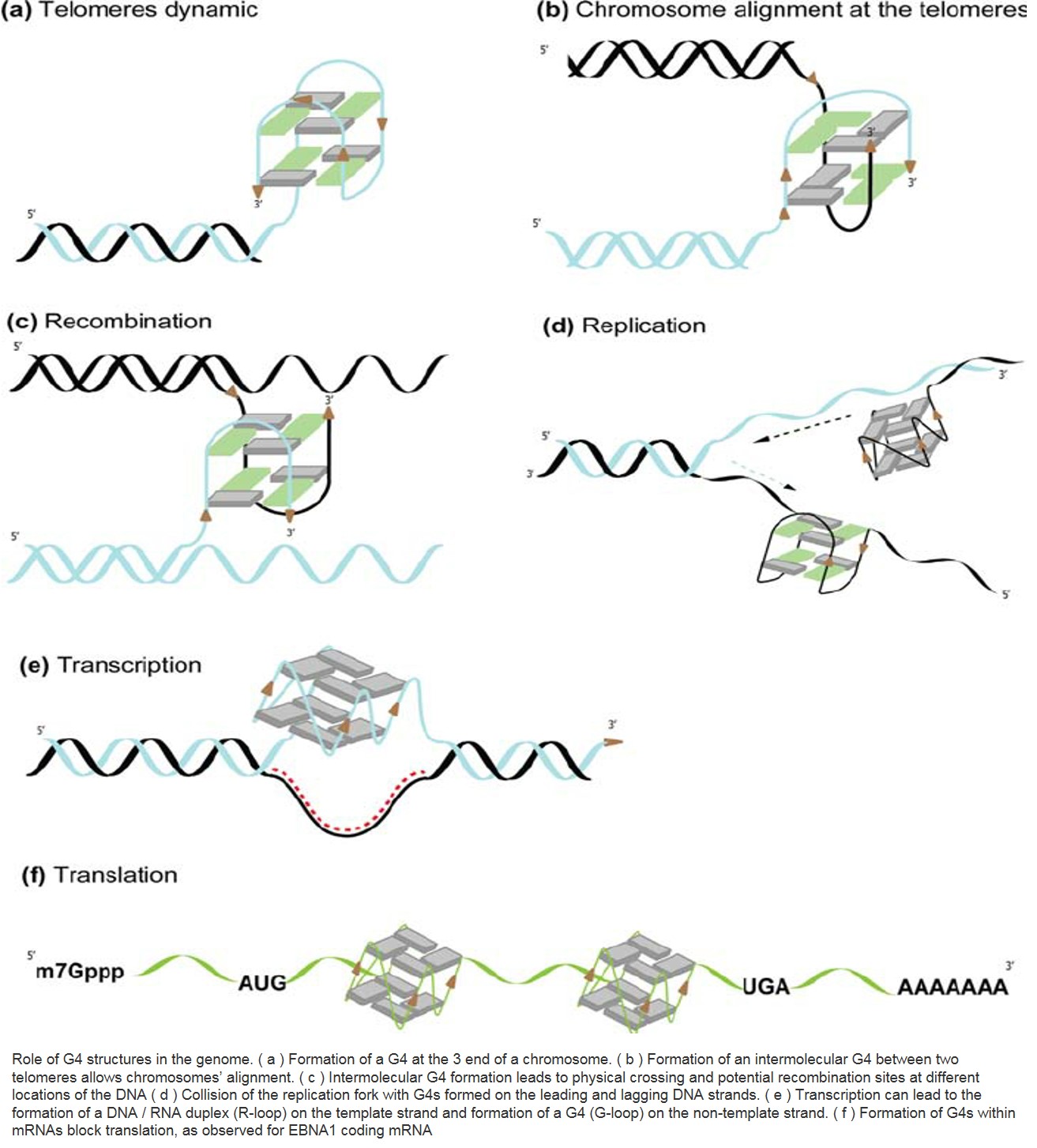 DNA molecules are known for their spiral shape, with two strands wrapping around each other. But DNA can also appear in other configurations. One of these forms consists of a guanine-rich four-stranded DNA, a so-called G4 structure. Guanine is one of DNA's four building blocks. A number of earlier studies of different organisms have indicated that G4 structures are formed in the genome and fulfil important biological functions such as controlling gene expression.

Researchers now have discovered that specific DNA sequences that are rich in the DNA building block guanine in the yeast species,Schizosaccharomyces pombe, can form four-stranded DNA. In a study published today in the journal Nucleic Acids Research, the researchers also show that the motor protein Pfh1 can unfold these DNA structures and thus contribute to maintaining an intact genome.

G4 structures can present a threat if they exist continuously in the genome. Helicases are a type of specialized motor protein with the ability to unfold different kinds of DNA. Until now, there were very few studies about G4 structures in Schizosaccharomyces pombe, also known as fission yeast. It was also not known which protein is responsible for the unfolding of the G4 structures.

"Our cell biological analysis show that a helicase, called Pfh1, binds to specific guanine-rich DNA sequences in the yeast cell. We also show in biochemical experiments that Pfh1 has the ability to unfold G4 structures. An efficient unfolding of these structures is necessary in order to secure the integrity of the genome during DNA replication," says the author.

Research on G4 structures is at its early stage. But researchers believe that G4 structures can inhibit certain processes in the cells, including DNA replication, and have tied them to the development of cancer and neurodegenerative diseases in humans. It is clear that the formation and elimination of G4 structures must be well-balanced to satisfy the cell's needs and ensure its integrity.