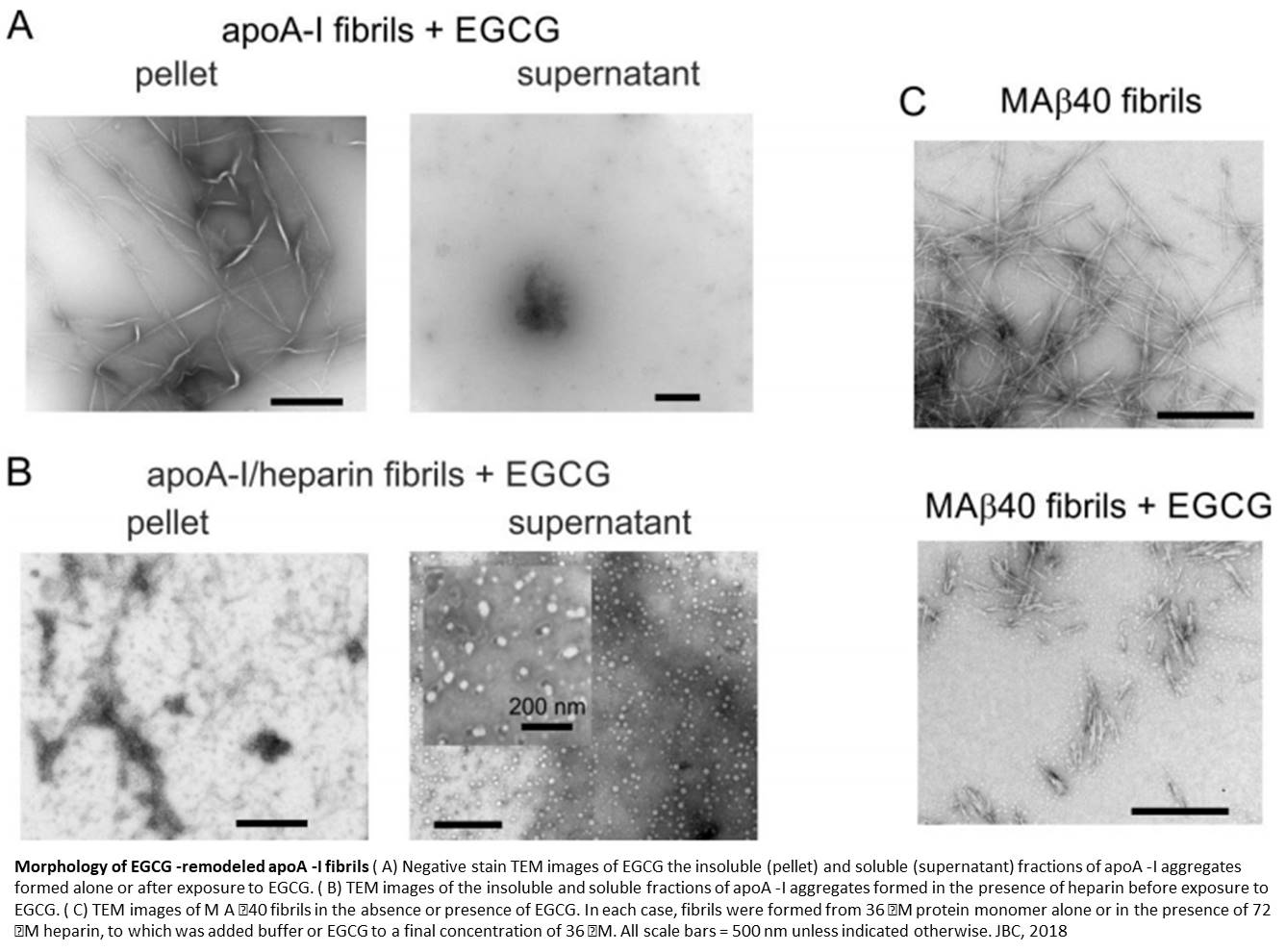 Green tea could hold the key to preventing deaths from heart attacks and strokes caused by atherosclerosis, according to research published in the Journal of Biological Chemistry.

Scientists have discovered that a compound found in green tea, currently being studied for its ability to reduce amyloid plaques in the brain in Alzheimer's disease, also breaks up and dissolves potentially dangerous protein plaques found in the blood vessels.

Atherosclerosis is the build-up of fatty material inside our arteries that can reduce the flow of blood to the heart and brain. In advanced stages of the condition, a protein called apolipoprotein A-1 (apoA-1) can form amyloid deposits, which are similar in structure to those associated with Alzheimer's disease. These deposits build up within atherosclerotic plaques. Here, they increase the size of the plaques, further restricting blood flow, and may also make the plaques less stable, increasing the risk of a heart attack or stroke.

Researchers found that epigallocatechin-3-gallate (EGCG), most commonly associated with green tea, binds to the amyloid fibres of apoA-1. This converts the fibres to smaller soluble molecules that are less likely to be damaging to blood vessels.

Authors report a surprising cooperative effect of heparin and the green tea EGCG. They found that heparin, a proxy for glycosaminoglycan (GAG) polysaccharides that co-localize ubiquitously with amyloid in vivo, accelerates the rate of apoA-I formation from monomeric protein and associates with insoluble fibrils. Mature, insoluble apoA-I fibrils bound EGCG, but EGCG did not alter the kinetics of apoA-I amyloid assembly from monomer in the presence or absence of heparin.

EGCG selectively increased the mobility of specific backbone and side-chain sites of apoA-I fibrils formed in the absence of heparin, but the fibrils largely retained their original morphology and remained insoluble. By contrast, fibrils formed in the presence of heparin were mobilized extensively by the addition of equimolar EGCG, and the fibrils were remodeled into soluble 20-nm-diameter oligomers with a largely α-helical structure that were nontoxic to human umbilical artery endothelial cells.

Now, the team is working on finding ways of introducing effective amounts of EGCG into the bloodstream without it being necessary to drink large and potentially harmful quantities of green tea. This could involve modifying the chemical structure of EGCG, making it easier to be absorbed from the stomach and more resistant to metabolism, or developing new methods to deliver the molecule to the plaques - such as via an injection.

The senior author said: "The health benefits of green tea have been widely promoted and it has been known for some time that EGCG can alter the structures of amyloid plaques associated with Alzheimer's disease.

"Our results show that this intriguing compound might also be effective against the types of plaques which can cause heart attacks and strokes."