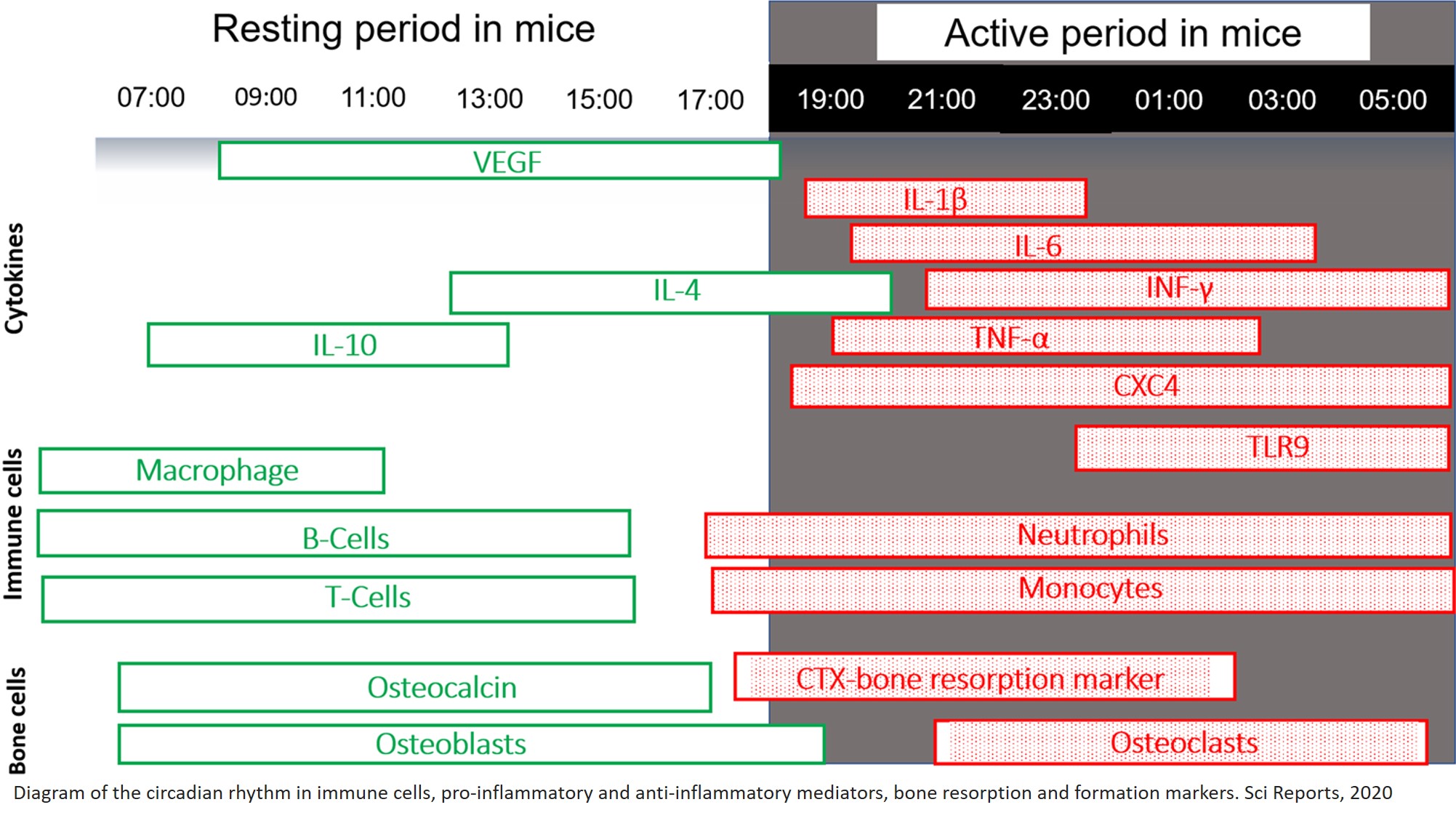 If you have just had knee, shoulder or hip surgery, you may want to take anti-inflammatories in the morning or at noon, but not at night. A study shows, for the first time, that circadian clock genes are involved in healing from surgery. Indeed, the researchers demonstrated that anti-inflammatory medications are most effective in promoting post-operative healing and recovery when taken during the active periods of our biological clocks.

The study, recently published in Scientific Reports, also suggests that if anti-inflammatories are taken either in the afternoon or at night, during the resting phases of the circadian rhythm, they can severely deter healing and bone repair following surgery. That's because these are the periods when cells known as osteoblasts are rebuilding bone.

Although prior research has shown that circadian clock genes play a role in diseases such as cancer, Alzheimer's, arthritis and Parkinson's, this is the first study to see the effect of the circadian rhythm in any type of surgery or injury.

Inflammation, following surgery, is crucial to healing since part of the process involves both destroying any bacteria that may be in the area, and signaling to attract the cells that will rebuild the tissues. But the process is not a constant.

The researchers compared pain and bone healing in two different groups of mice with fractured tibia. One group was given constant doses of anti-inflammatories over a twenty-four hour period, while the others were given anti-inflammatories only in the morning - during the active phases of the circadian rhythm - and analgesics at night. The researchers found that the second group recovered from the pain of the injury, and regained bone strength more quickly and more fully. Surprisingly, they also noticed differences between the groups in the expression of over 500 genes specifically related to bone healing processes. "Its almost as if morning anti-inflammatories and evening anti inflammatories were two different drugs" adds the author.

"When I was a child, and I cut myself, my mother would say to me, don't worry, go to sleep and tomorrow you will be better," said the first author on the study. "It turns out she was right because most of the healing happens at night."

"The body has a rhythm," adds the author. "And if you give anti-inflammatories in the morning you are working with the rhythm of the body and when you give them at night, you are working against it so you disrupt the healing."

As a next step, the researchers are collecting preliminary data from a clinical trial monitoring pain and healing related to extraction of wisdom teeth, using two different drug treatments - one involving exclusive use of anti-inflammatories, and the other administering anti-inflammatory medications only in the morning and at noon, and analgesics in the afternoon and evening. The preliminary results are promising.