How astrocytes regulate learning and memory by sensing wakefulness 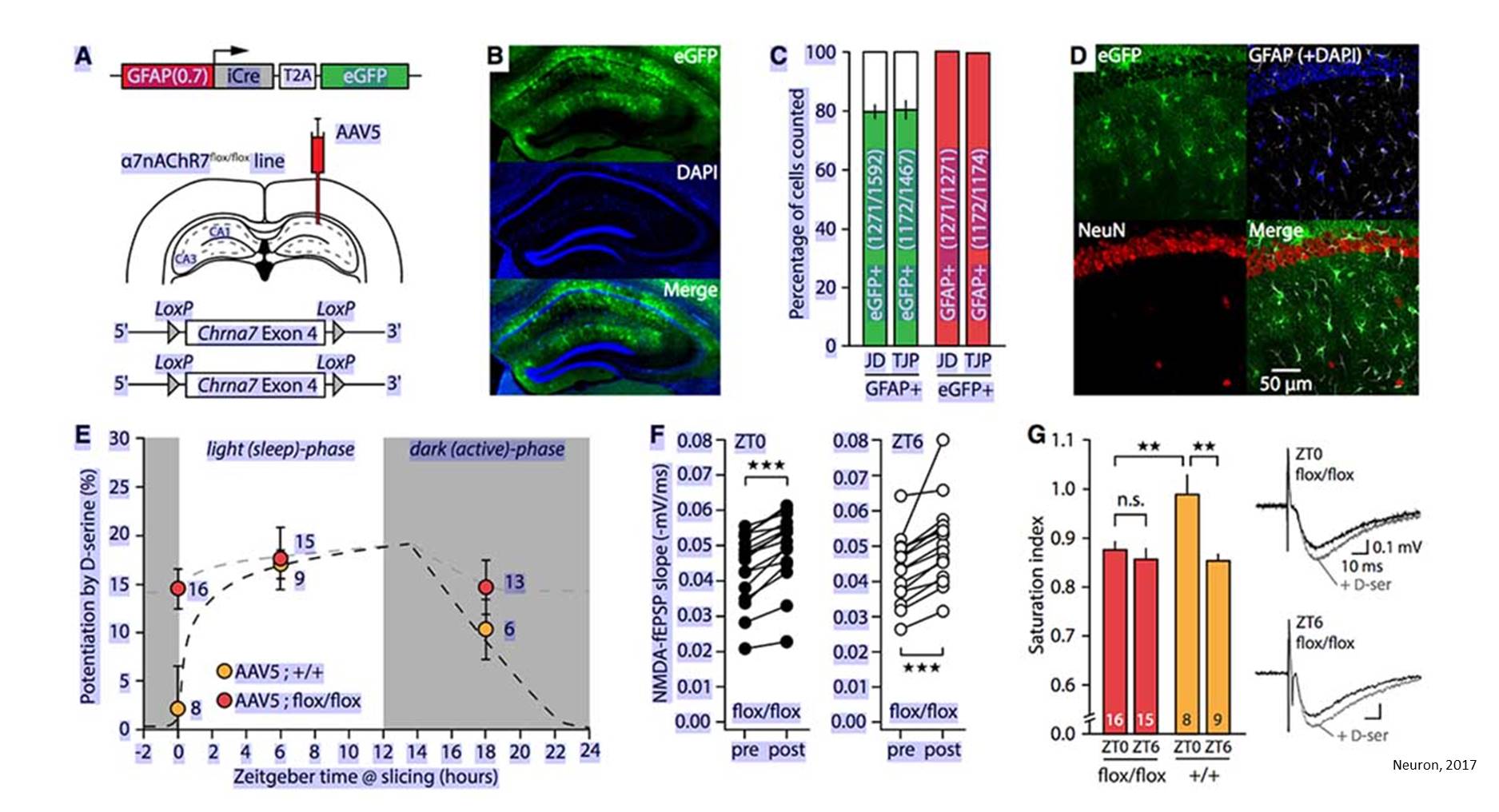 Neuroscientists have discovered a new signaling pathway that directly connects two major receptors in the brain associated with learning and memory -- the N-methyl-D-aspartate receptor (NMDAR) and the alpha 7 nicotinic acetylcholine receptor (a7nAChR) - which has significance for current efforts to develop drugs to treat schizophrenia. These findings demonstrate that astrocytes, a type of non-neuronal (or glial) cell once thought to have little part in brain information processing but now known to play important roles, are the key element that functionally links these two receptors. The study is published in the journal Neuron.

"The NMDAR is the most investigated receptor in neuroscience because it is essential to synaptic plasticity, which is instrumental in establishing and remodeling brain circuitry and is thought to be the cellular foundation of learning and memory," said lead author of the study. "The NMDAR is known to be activated by two chemicals: glutamate, which is supplied by neurons, and D-serine, which is supplied by astrocytes. While most research is focused on the role that neurons play in activating the NMDAR via glutamate, we focused on the role played by astrocytes through the release of D-serine."

Using in vitro and in vivo approaches in mice, the scientists found that astrocytes adjust their release of D-serine according to the degree of wakefulness of the mice. The astrocytes directly monitor wakefulness via the a7nAChR by sensing the level of ambient acetylcholine, a neuromodulator released in human and rodent brains during wakefulness. The more active the mice, the more D-serine is released by astrocytes, which allows a more robust activation of NMDARs. This was true even if researchers stimulated activity during times of day when mice are normally quiet.

"Astrocytes act like the dimmer control of a light," author said. "When the neuronal switch goes on, and glutamate is released, the setting of the astrocytic D-serine 'dimmer' determines the intensity of the NMDAR signal. During wakefulness, this dimmer is set on high - astrocytes provide a lot of D-serine -- and this allows for a strong NMDAR signal. But during sleep or inactivity, it is set on low, allowing for a weaker signal."

The study offers a new functional framework for treating schizophrenia and opens fresh avenues for therapeutics and innovations in glial biology.

"This is an exciting finding with direct relevance to development of new treatments for schizophrenia, which is characterized by low levels of D-serine and diminished NMDAR as well as a major loss of cholinergic function. Efforts to develop pharmaceuticals to address these deficits have so far been unsuccessful, but in our study we were able to enhance NMDAR function via D-serine by stimulating a7nAChRs with a drug that has been part of recent stage 3 clinical trials for schizophrenia," said, corresponding author on the paper. "This suggests that cholinergic drugs now under development for schizophrenia work through this newly discovered astrocytic pathway." Different types of oligodendrocytes in people with MS