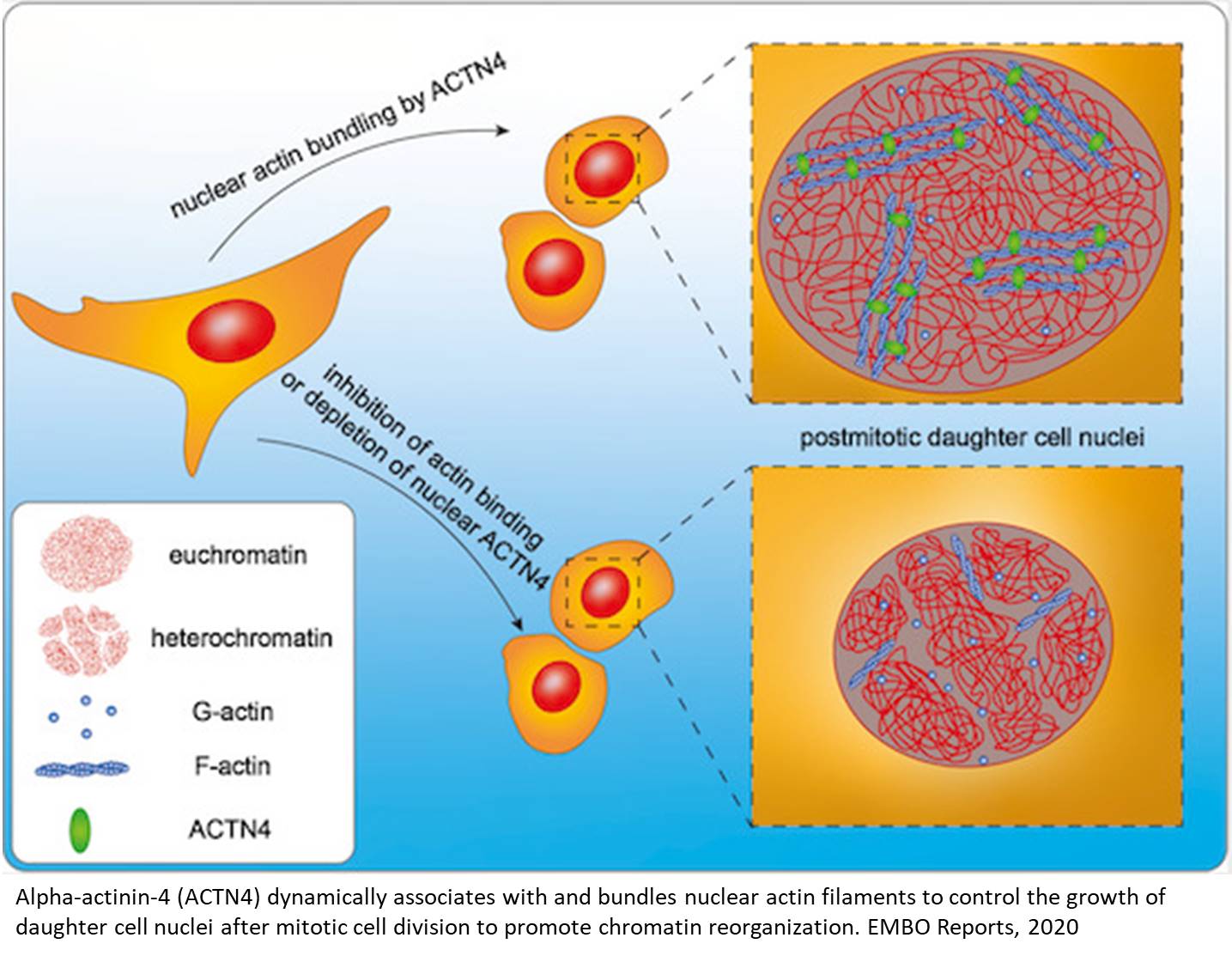 By far the most important process in cell development is how cells divide and then enlarge in order to multiply. A research team has now discovered that bundled fibers of actin within a cell nucleus play an important part in how they enlarge after division. Fibers of the structural protein actin stabilize the outer form of the cell and transport substances into a cell. The mechanisms that influence the growth of the cell nucleus after division were less well known by scientists. The researchers have published their results in the journal 'EMBO reports'.

After dividing, cell nuclei have to grow in order to reorganize and unpack the genetic information in chromatin, the basic genetic material, and so process and read it. With this work the scientists show that bundled fibers of actin - which are normally responsible for exercising force - work within the cell to expand the nucleus. Using a video microscope the researchers have measured in living cells how cell nuclei enlarge immediately after division. In order to observe the fibers of actin and skeletal structures in the cell nucleus, they also used a high-resolution super-resolution microscope.

The authors identify non‐muscle α‐actinin 4 (ACTN4) as a critical regulator to facilitate F‐actin reorganization and bundling during postmitotic nuclear expansion. ACTN4 binds to nuclear actin filament structures, and ACTN4 clusters associate with nuclear F‐actin in a highly dynamic fashion. ACTN4 but not ACTN1 is required for proper postmitotic nuclear volume expansion, mediated by its actin‐binding domain.

In the future the team want to clarify whether mechanical forces work within the cell nucleus to re-organize them to sort the genetic information. If so, this process could for example be disrupted or changed in tumor cells or play a part in stem cells.