How proteins meet on the cell membrane 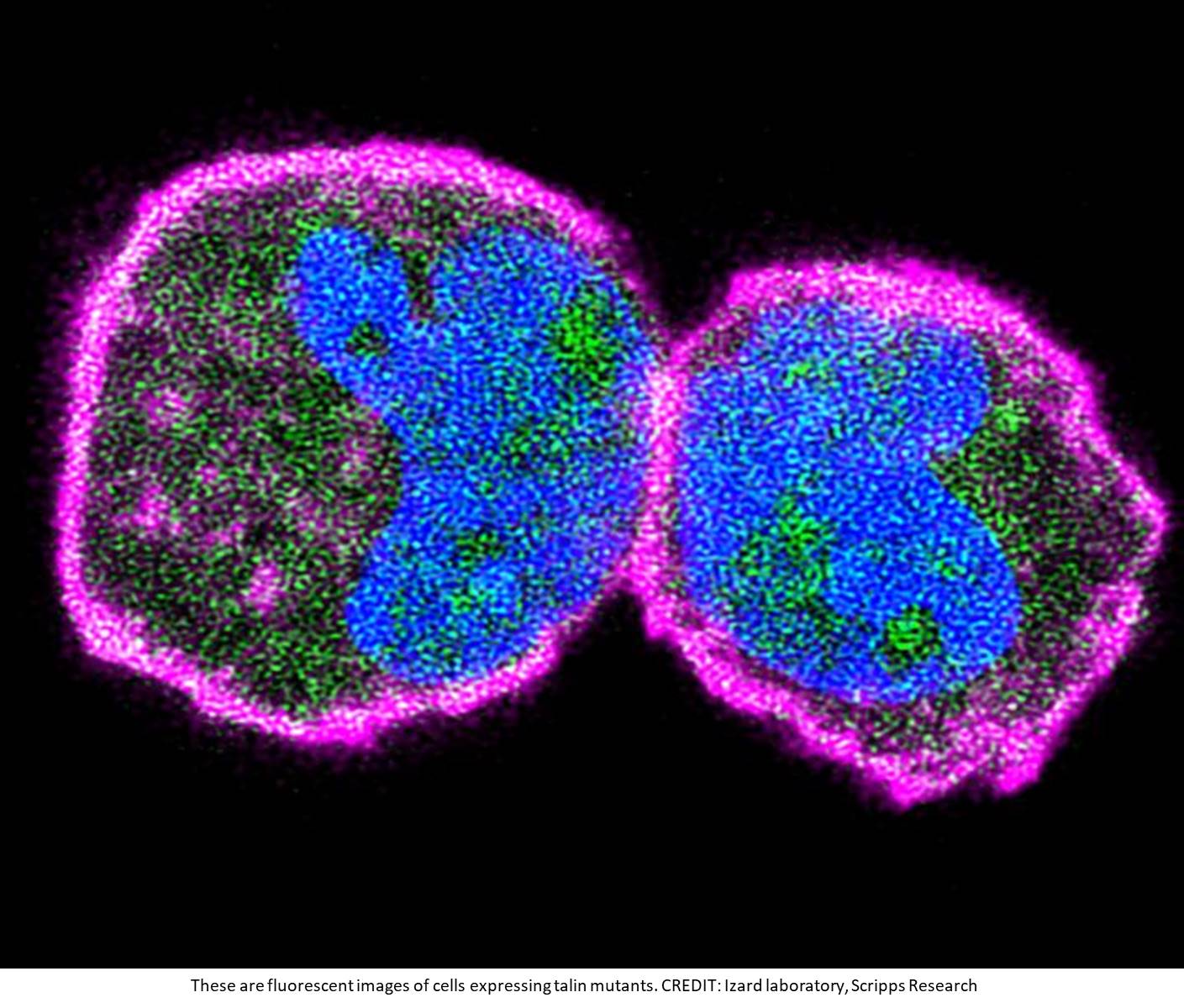 Scientists have uncovered the workings of a critical process in cell survival. Their study, published recently in the Proceedings of the National Academy of Sciences, is the first to show exactly how a protein called talin activates another critical protein, called integrin, to do its job on the cell membrane.

While the researchers focused on basic cell biology, the findings suggest targeting a protein like talin to interfere with this activation process, giving scientists a potential way to tackle cancer cells.

One long-standing mystery in the field of cell adhesion was the question of how talin, a protein that interacts with integrin and makes cell adhesion possible, is activated. The co-author of the study, says past studies have suggested that talin interacts with the cell membrane to activate integrin, although the detailed molecular mechanisms were unknown.

To answer the question of integrin activation, the researchers had to overcome technical hurdles that had previously blocked scientists from seeing how proteins bind the cell membrane. After many years of trial and error, the researchers crystallized the domain of talin that interacts with the cell membrane, letting them map out its structure in high resolution using x-ray crystallography.

Their structure reveals how talin binds to the cell membrane to activate integrin. Inside the cell, talin exists in a non-activated state defined by interaction between the two ends of talin, its "head domain" and its "tail domain." By combining several techniques, the scientists could show that the lipid activates talin by severing this head-tail interaction and exposing a region of talin that binds to integrin. At last, the researchers have defined the molecular basis of the cell membrane in integrin activation.

The author believes this closer look at talin could also open the door to future cancer therapies that could target the talin-membrane interaction to stop tumor growth. Although some experimental tumor therapies target integrin on the cell membrane, a potential issue with these therapies is that drugs tend to target the region external to the cell membrane. This means talin could be a better target in tumor cells to weaken adhesion and cell integrity at the same time.