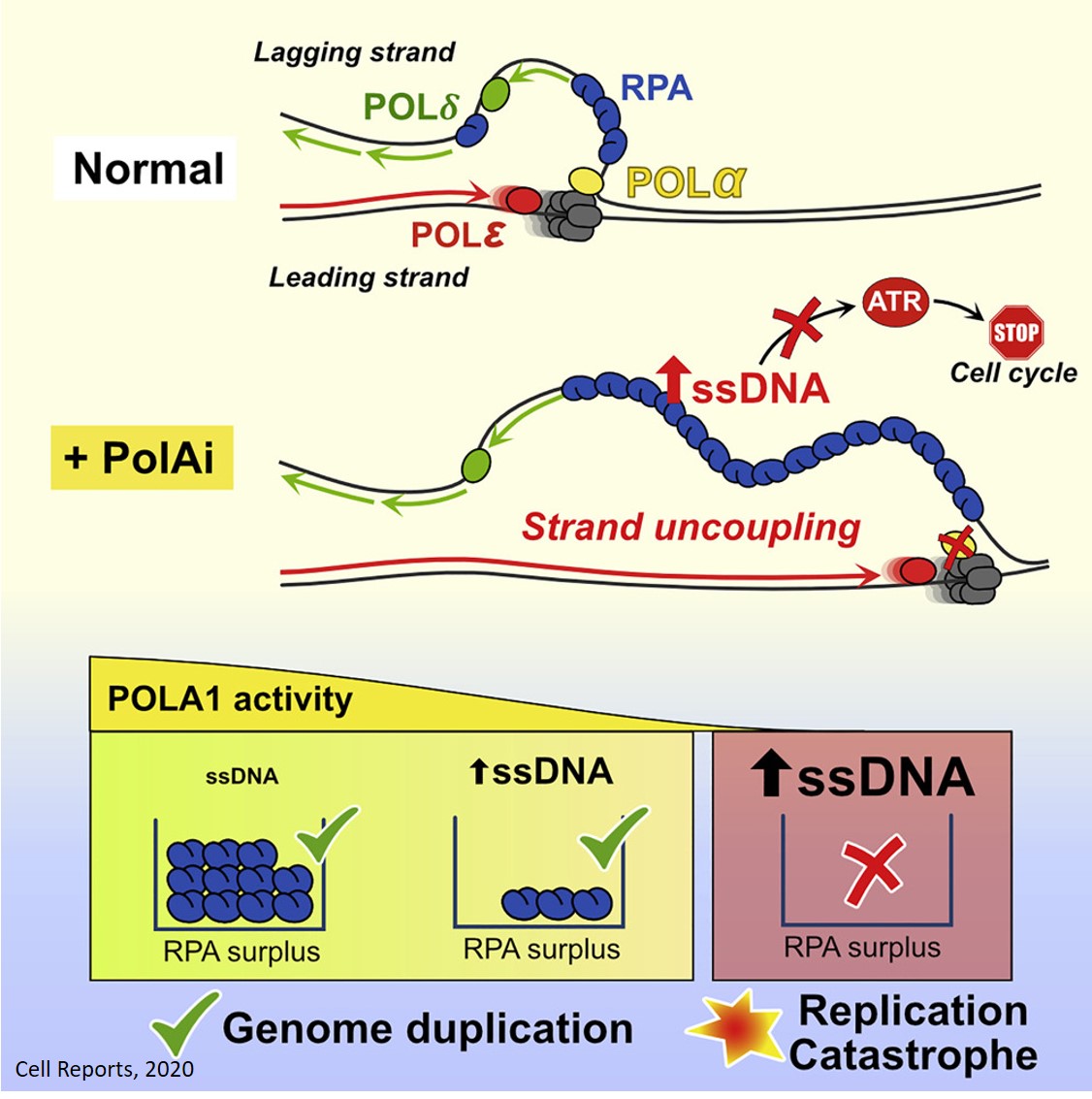 Cells can both survive and multiply under more stress than previously thought, shows a research team. This was found by inhibiting the essential gene DNA polymerase alpha, or POLA1, which initiates DNA replication during cell division. The discovery gives researchers new insights into DNA replication and may potentially be used for a new type of cancer treatment.

When a cell divides, the double DNA strand is opened lengthwise like a zipper that is unzipped. The new double strands are built at each of the separated strands, so that you gradually end up with two new "zippers".

Before the new halfs of the zipper are made, a bit of DNA is temporally exposed in single stranded form. This process is required for the new zippers to form. Nevertheless, large amounts of single-stranded DNA have traditionally been considered by researchers to be a sign of pathological stress during cell proliferation.

However, the researchers behind the new study discovered that DNA unzippers act more loosely than expected. This can generate large amounts of single-stranded DNA, which the researchers now show is no more than a form of natural stress that cells can actually tolerate in high quantities.

Still, for this tolerance to exist, cells require a sufficient amount of the protective protein RPA to cover the single-stranded DNA parts.

'We have seen that cells can duplicate their genome, even with large amounts of single stranded DNA. They can divide and go on living healthily because they have a large excess of RPA molecules that acts as a protective umbrella.' says the study's first author, adding:

'But there is a flip side of the coin. When we make the cells generate single strand DNA faster than what they can protect, chromosomes literally shatter in hundreds of pieces, a phenomenon we call replication catastrophe. We always thought that we could use this for instance to kill cancer cells,' the author adds.

The authors explain that under normal circumstances it is extremely difficult to deplete a cell's reserve of RPA.

The same was true in the new study, when researchers used different types of chemotherapy to increase the amount of single-stranded DNA. Even when using the best compounds available so far it took around one hour to deplete the RPA reserve in a cell, provoking a replication catastrophe and the associated cell death.

However, the researchers behind the new study believe to have found what the authors call 'the ultimate single-stranded DNA generator': When the researchers used a so-called POLA1 inhibitor, the cells met their final destiny after just five minutes.

'Although no new DNA can be made when we inhibit POLA1, the DNA unzippers keep advancing and generate single-stranded DNA at very high speed,' says the author, adding:

'All cells can be sensitive to POLA1 inhibitors, including cancer cells, and we might speculate that the strategy could be especially useful against very aggressive forms of cancer that proliferate at a high pace'.

The next step of the research group is to find more molecules that biologically inhibits the POLA1 gene and which, in combination with other substances, may be used in the treatment of cancer patients.