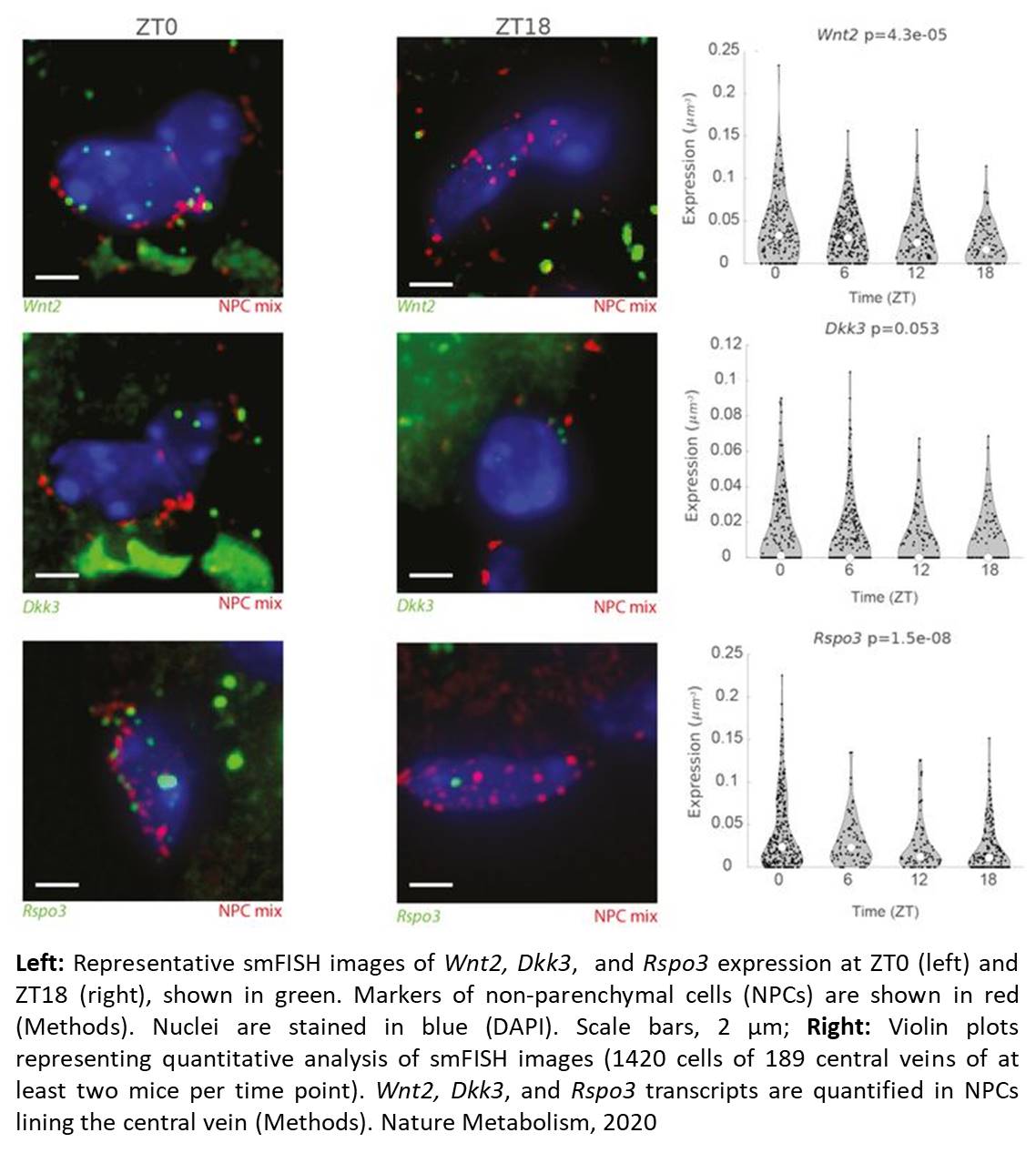 Nothing in biology is static. Biological processes fluctuate over time, and if we are to put together an accurate picture of cells, tissues, organs etc., we have to take into account their temporal patterns. In fact, this effort has given rise to an entire field of study known as "chronobiology".

The liver is a prime example. Everything we eat or drink is eventually processed there to separate nutrients from waste and regulate the body's metabolic balance. In fact, the liver as a whole is extensively time-regulated, and this pattern is orchestrated by the so-called circadian clock, our body's internal metronome, as well as biochemical signals and eating rhythms.

But the liver is actually divided into small repeating units called "lobules", in which distinct zones perform different functions. This intricate spatial organization is known as "liver zonation". For example, the breakdown of sugars during digestion takes place preferentially on one side of the lobule, the so-called central zone, while the production of glucose while we rest from stores such as fat, occurs on the other side of the liver, at the portal side.

So far, liver zonation has only been studied statically, looking into what each zone does independently of time, and vice-versa. And given how central the liver is in mammalian physiology, the two research approaches have to join efforts to understand how temporal and spatial liver programs interact.

In a first ever study, scientists have been able to monitor the spatial shifts of gene expression within liver lobules in relationship to the circadian clock. Studying this link is a focus of the teams research, which has previously uncovered connections between the circadian clock and the liver's proteins, our cell cycles, and even the 3D structure of chromatin, the tightly packaged DNA in the cell nucleus.

By exploiting the ability to analyze liver tissue in every individual cell, the researchers studied approximately 5000 genes in liver cells at several timepoints throughout the 24-hour day. They then statistically classified the space-time patterns they uncovered with a model that can capture both spatial and temporal variations in the levels of messenger RNA (mRNA), a marker of gene expression.

The study revealed that many of the liver's genes seem to be both zonated and rhythmic, meaning that they are regulated by both their location in the liver and the time of the day. These dually regulated genes are mostly linked to key functions of the liver, e.g. the metabolism of lipids, carbohydrates, and amino acids, but also include a few genes that have never been associated with metabolism, e.g. genes related to chaperone proteins, which help other biomolecules change their 3D structure or even assemble and disassemble.

"The work reveals a richness of space-time gene expression dynamics of the liver, and shows how compartmentalization of liver function in both space and time is hallmark of metabolic activity in the mammalian liver," says the senior author.