Identification of an allosteric binding site for nuclear receptors 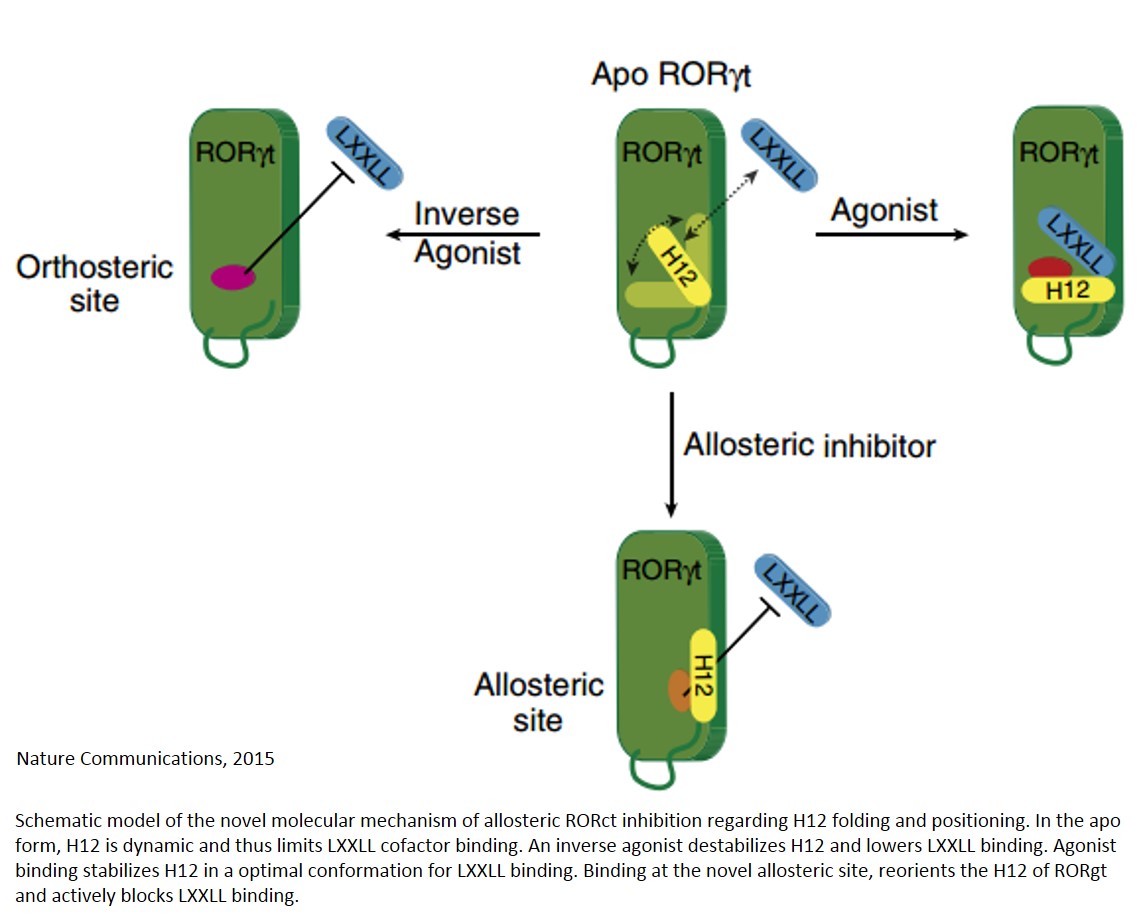 Nuclear receptor, RORγt,  is critical for the differentiation and proliferation of Th17 cells associated with several chronic autoimmune diseases.

Investigators report the discovery of a novel allosteric binding site on the nuclear receptor RORγt. Co-crystallization of the ligand binding domain (LBD) of RORγt with a series of small-molecule antagonists demonstrates occupancy of a previously unreported allosteric binding pocket.

Binding at this non-canonical site induces an unprecedented conformational reorientation of helix 12 in the RORγt LBD, which blocks cofactor binding. The functional consequence of this allosteric ligand-mediated conformation is inhibition of function as evidenced by both biochemical and cellular studies.

RORγt function is thus antagonized in a manner molecularly distinct from that of previously described orthosteric RORγt ligands.

This brings forward an approach to target RORγt for the treatment of Th17-mediated autoimmune diseases. The elucidation of an unprecedented modality of pharmacological antagonism establishes a mechanism for modulation of nuclear receptors.