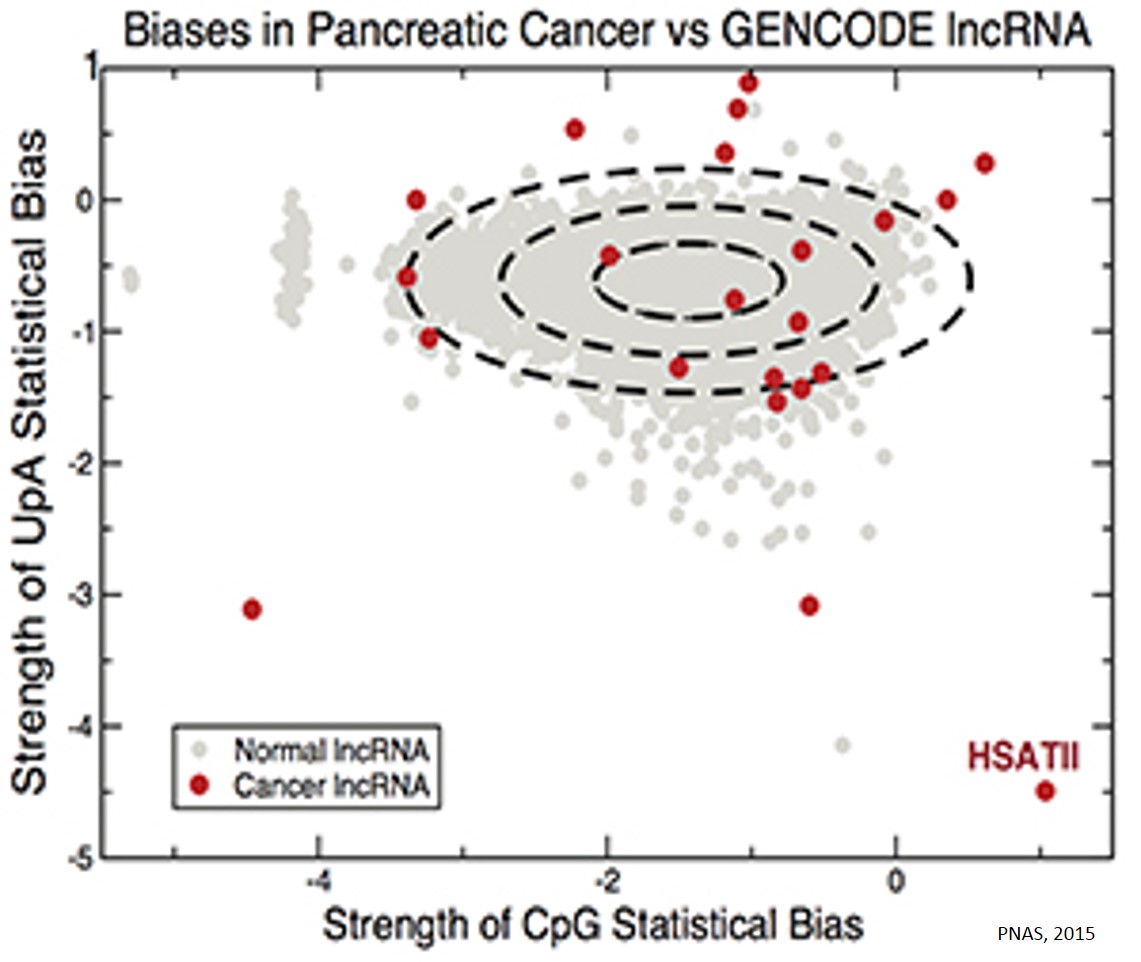 Cancer cells can express noncoding RNAs (ncRNAs) not expressed in normal cells, including repetitive genetic elements that are normally silenced.

To better understand the role of ncRNAs in cancer cells, researchers used an approach based on statistical physics to examine large-scale patterns of motif usage by human and mouse ncRNAs.

The analysis revealed that many ncRNAs overexpressed in cancer cells had unusual motif usage patterns similar to those of certain pathogens. These ncRNAs included major cancer-associated ncRNAs such as human satellite repeat II (HSATII) in humans and GSAT (major satellite) in mice.

The authors found that HSATII and GSAT directly activated the immune response and induced production of proinflammatory cytokines such as IL-12 in human and mouse innate immune cells, respectively. As a result, the authors refer to HSATII and GSAT as immunogenic ncRNAs (i-ncRNAs).

The authors report that the RNAs appeared to be activated through signaling pathways mediated by the regulatory proteins MYD88 and UNC93b. According to the authors, a subset of ncRNAs in cancers directly activates the innate immune response and produces proinflammatory cytokines, and these i-ncRNAs may play a major role in mediating immune responses against cancer.