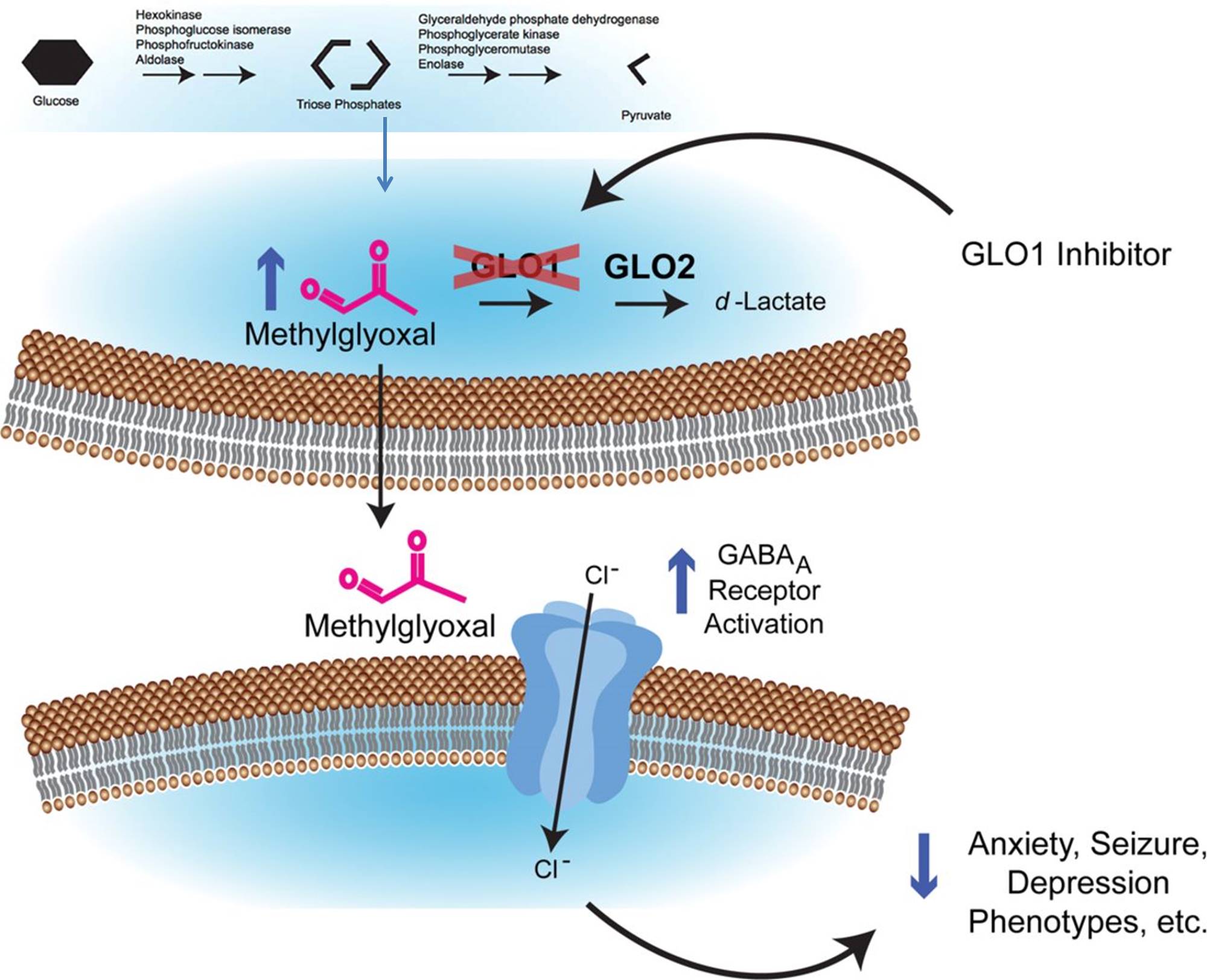 Standard antidepressant medications don't work for everyone, and even when they do they are slow to kick in. In an effort to find better depression treatments, researchers discovered that inhibiting an enzyme called Glyoxalase 1 (GLO1) relieves signs of depression in mice. Moreover, inhibiting GLO1 worked much faster than the conventional antidepressant Prozac.

The study, published by Molecular Psychiatry, provides a target for the development of a completely new class of faster-acting antidepressant medications.

"Depression affects at least one in six of us at some point in our lifetime, and better treatments are urgently needed," said senior author. "A better understanding of the molecular and cellular underpinnings of depression will help us find new ways to inhibit or counteract its onset and severity."

The team unraveled a previously underappreciated molecular process that can influence mouse models of depression. Here's how the process works: Cells generate energy. In doing so, they produce a byproduct. That byproduct inhibits neurons and thus influences various behaviors. Typically, the enzyme GLO1 removes this byproduct, but inhibiting GLO1 can also increase the activity of certain neurons in a beneficial way. In mice, researchers have shown that more GLO1 activity makes mice more anxious, but less was known about the system's effect on depression.

The team wondered if they could reduce signs of depression by inhibiting the GLO1 enzyme.

The researchers used several different antidepressant tests. They compared responses in three groups of mice: 1) untreated, 2) treated by inhibiting GLO1, either genetically or with an experimental compound, and 3) treated with Prozac, a selective serotonin reuptake inhibitor commonly used to treat depression.

The first tests they used were the tail suspension test and the forced swim tests, which are often used to determine whether or not a compound is an antidepressant. In this case, the answer was yes. The other tests -- chronic forced swim test, chronic mild stress paradigm and olfactory bulbectomy -- are well-established measures that can also be used to measure how long it takes for an antidepressant to take effect.

In each of these tests, inhibiting the GLO1 enzyme reduced depression-like symptoms in five days, whereas it took 14 days for Prozac to have the same effect.

While this new approach to treating depression has so far only been tested in mice and it will take many years of development before a GLO1 inhibitor could be tested in humans, the researchers are excited to find that new, unexplored approaches to treating depression are out there.
'
"There are currently no approved fast-acting antidepressants, so finding something like this is unusual," said study co-author.

The team has applied for a patent related to this work. They are already working with medicinal chemists at UC San Diego to develop drugs that target GLO1.

Blood test could reveal when rheumatoid arthritis will strike