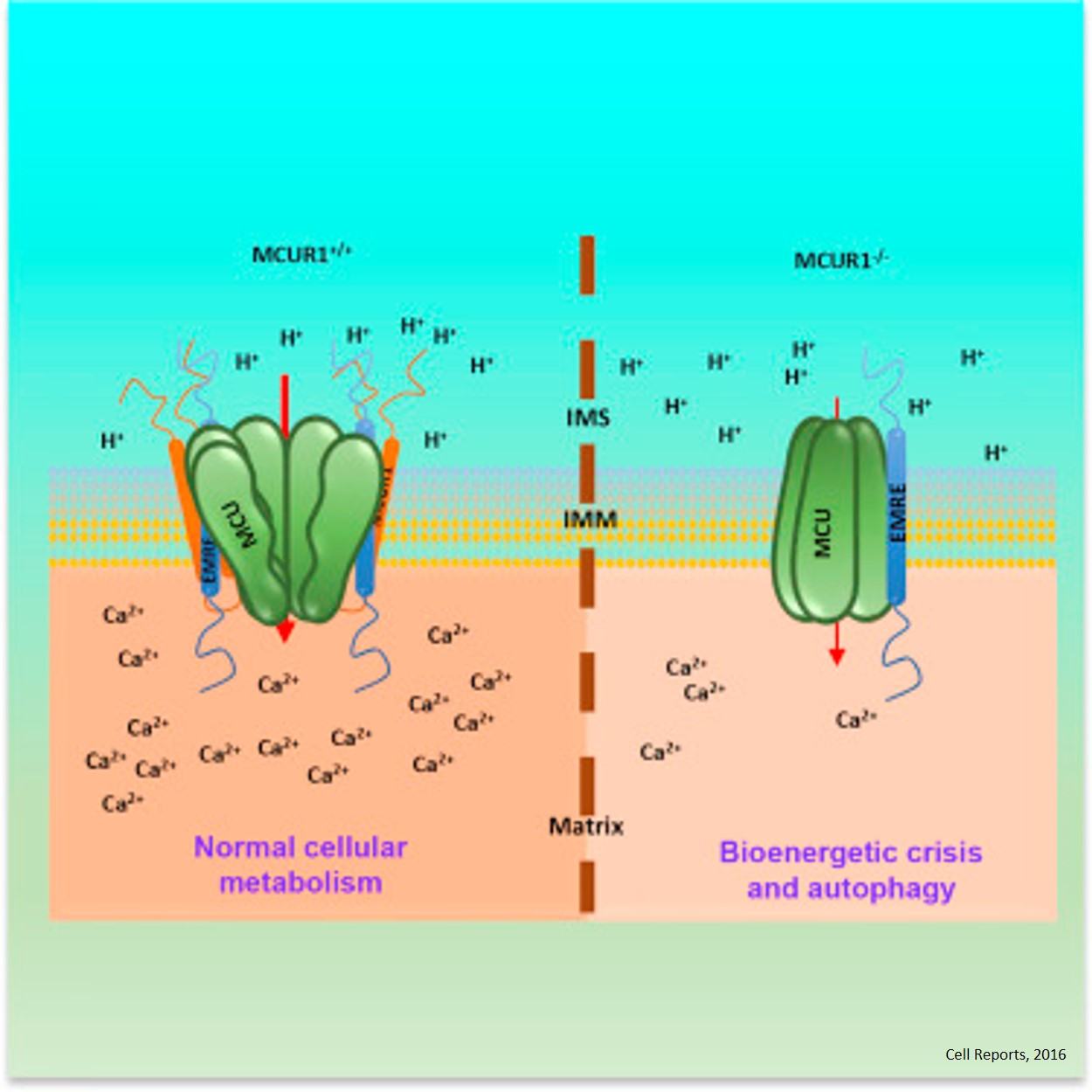 Mitochondria are the energy-generating batteries of cells, but they also perform other critical functions, including protecting cells against calcium overload, a significant cause of cell death in certain cardiovascular and neurodegenerative diseases. Underlying this safety mechanism is a protein complex known as the mitochondrial Ca2+ uniporter (MCU).

In the new study, published in the journal Cell Reports, researchers show that MCUR1, a uniporter regulator, acts a scaffold for the MCU complex, binding to both MCU and a protein known as essential MCU regulator (EMRE). Researchers protect cells from calcium overload--which they could not do without the coordinating role of MCUR 1.

Mice lacking MCUR1 exhibited impairments in mitochondrial calcium uptake, resulting in a mitochondrial bioenergetic crisis, in which cellular energy production was reduced. In vascular endothelial cells, the researchers were able to show that MCUR1 loss leads specifically to reduced cell migration and increased autophagy. Endothelial cell migration is necessary for the growth of new blood vessels.

"MCUR1 functions as a choreographer, bringing together the structural components of the MCU complex," author explained. "This role for MCUR1 likely has important implications for improving our understanding of diseases in which mitochondrial dysfunction is a central feature."

Calcium overload and mitochondrial malfunction are major causes of cell damage sustained during heart attack and stroke, and they are significant factors in cell injury in neurodegenerative disease. Whether mutations that affect MCUR1 function are involved in the mitochondrial disruptions observed in these diseases is unknown.