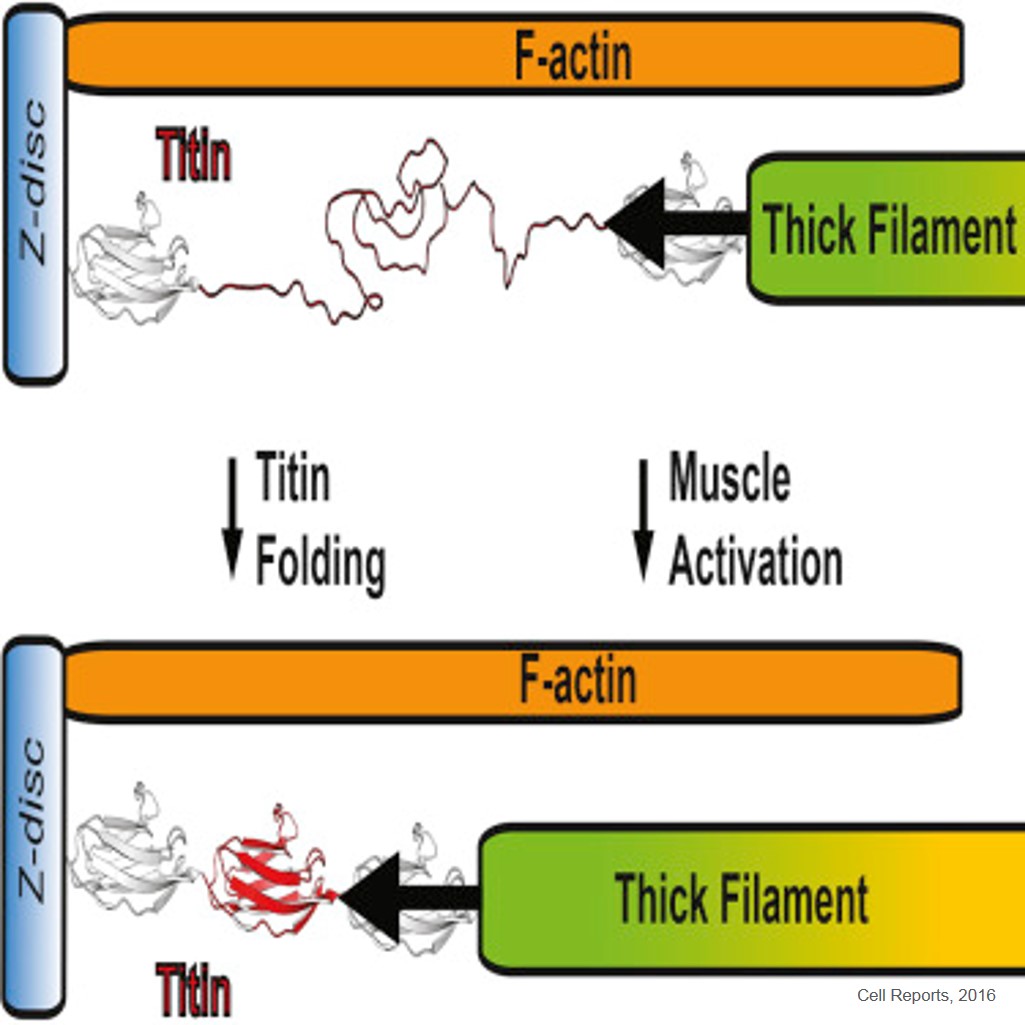 The sliding filament hypothesis explains muscle contraction as resulting solely from the force generated by ATP-driven myosin motors that form reversible cross-bridges with actin filaments and generate force through a rotation of the myosin head: the power stroke.

Remarkably, none of these studies considers the largest human protein found thus far: titin. Titin, the giant tandem modular protein anchored to myosin and the Z-disc in muscle sarcomeres, is responsible for the passive elasticity of striated muscle tissue. Although titin has now been recognized as the third filament of muscle, its role is largely viewed as that of a passive spring that provides elastic recoil in relaxed sarcomeres without playing a role during active muscle contraction.

Researched in this study published in the journal Cell Reports measured the displacement of single titin molecules in intact myofibrils at physiological sarcomere lengths (SLs). They used fluorescence microscopy combined with titinspecific quantum dot (Qdot) labels to track the length of the proximal tandem immunoglobulin (Ig) region of titin in stretched myo- fibrils.

The results demonstrate that proximal Ig domains undergo stepwise unfolding and refolding in situ, within the working range of the sarcomere. Authors further show that folding of a single proximal Ig domain of titin can deliver up to 105 zJ of elastic energy at 7.9 pN of force, which is more than the contractile energy supplied by the power stroke of a myosin motor.

They conclude that passive stretching of muscle tissue stores elastic energy by unfolding Ig domains and that refolding of these domains supplies an important, hitherto unrecognized, component of the force delivered by a contracting muscle.