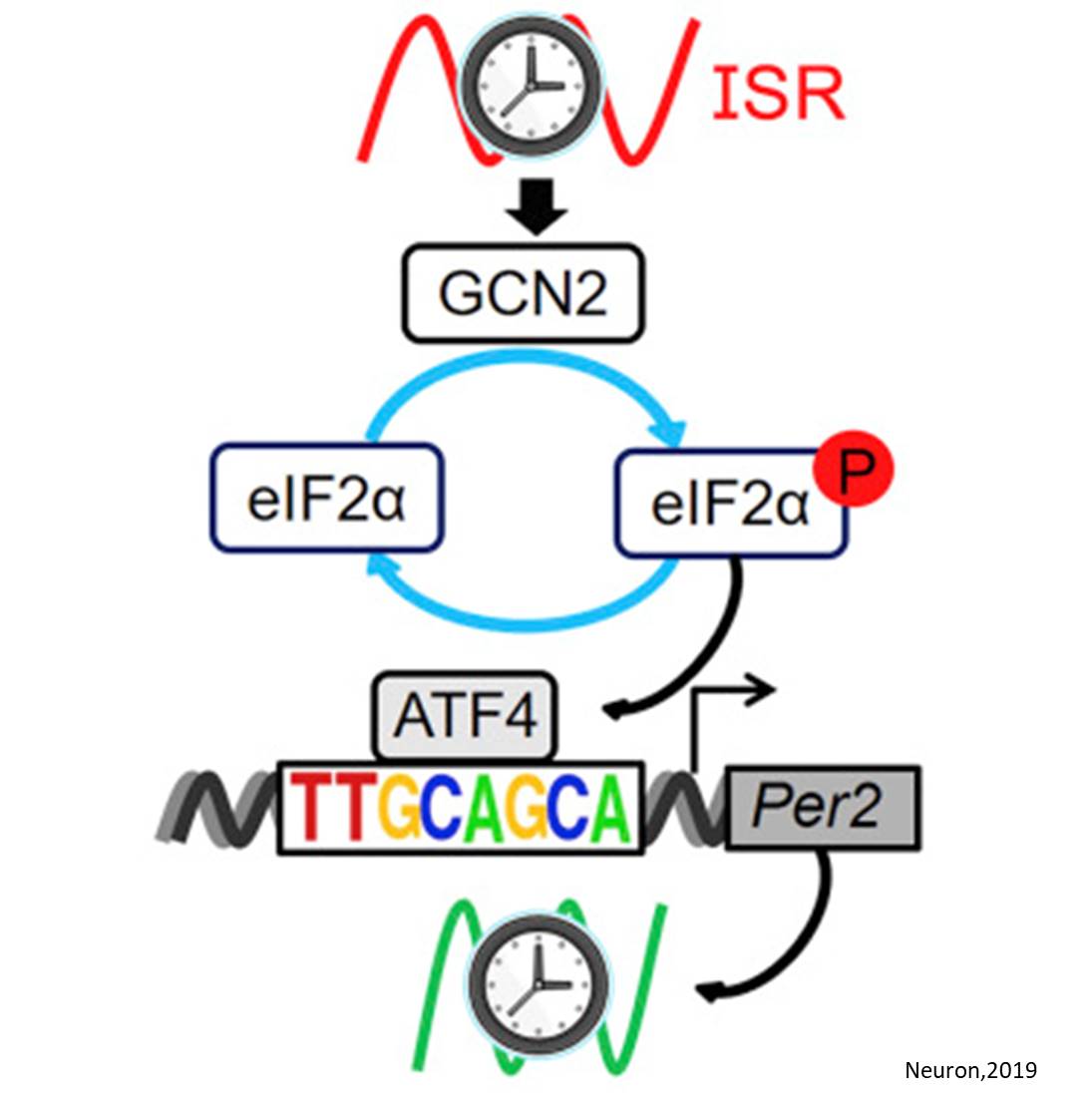 The human body has an internal biological clock that is constantly running. Our well-being is dependent on the function of that clock. New research found a little stress can make the circadian clock run better and faster.

Research in the past several decades has found that our body has evolved a set of machinery, called the circadian clock, that internally drives rhythms in almost every cell. The activities of the circadian clock are influenced by various signals in the cells.

In a recent study published in Neuron, a team of seven laboratories in the U.S. and Canada focused on the crosstalk between cellular stress signals and the circadian clock.

Cells respond to various stress signals by activating a signal transduction cascade that is centered on the protein eIF2α, which is a pivotal factor that orchestrates protein synthesis in cells. The team found that in one's central brain clock, stress leads to rhythmic phosphorylation of eIF2α, which promotes production of the ATF4 protein. The ATF4 protein activates the Per2 gene, which ultimately makes the clock tick faster. They concluded that this mechanism is necessary to maintain a robust clock, and therefore, that stress signals influence the speed and robustness of the circadian clock.

It has been known that the circadian clock gets broken in many diseases, but the reason for it has been unclear. The finding may provide insight into this unanswered question, as it is the first connection between two fundamental processes in cells: stress response and circadian timekeeping. One explanation could be that stress responses frequently go awry in diseased conditions, which may, in turn, mess up the clock.

"The next step is a more thorough and larger scale study on the crosstalk between the cellular stress network and the circadian clock," said the author. "Hopefully our work can lead to discovering medicine that can manage the stress level and regulate the clock function in disease to keep people healthier."