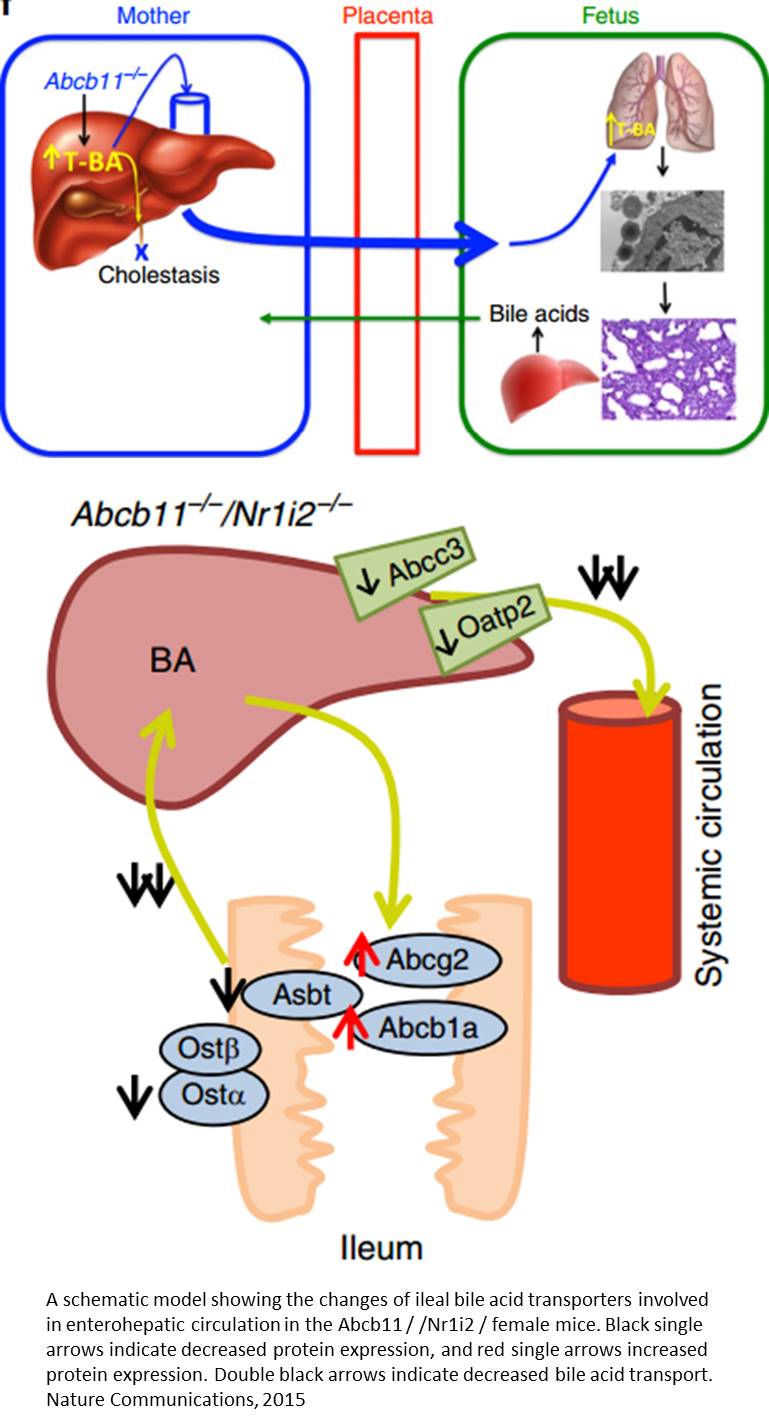 Intrahepatic cholestasis of pregnancy (ICP) is associated with adverse neonatal survival and is estimated to impact between 0.4 and 5% of pregnancies worldwide.

Researchers show that maternal cholestasis (due to bile acid transporter Abcb11 deficiency) produces neonatal death among all offspring within 24 h of birth due to atelectasis-producing pulmonary hypoxia, which recapitulates the neonatal respiratory distress of human ICP.

Authors identify pulmonary bile acids as a key factor in the disruption of the structure of pulmonary surfactant in neonates of ICP.

These findings have important implications for neonatal respiratory failure, especially when maternal bile acids are elevated during pregnancy, and highlight potential pathways and targets amenable to therapeutic intervention to ameliorate this condition.