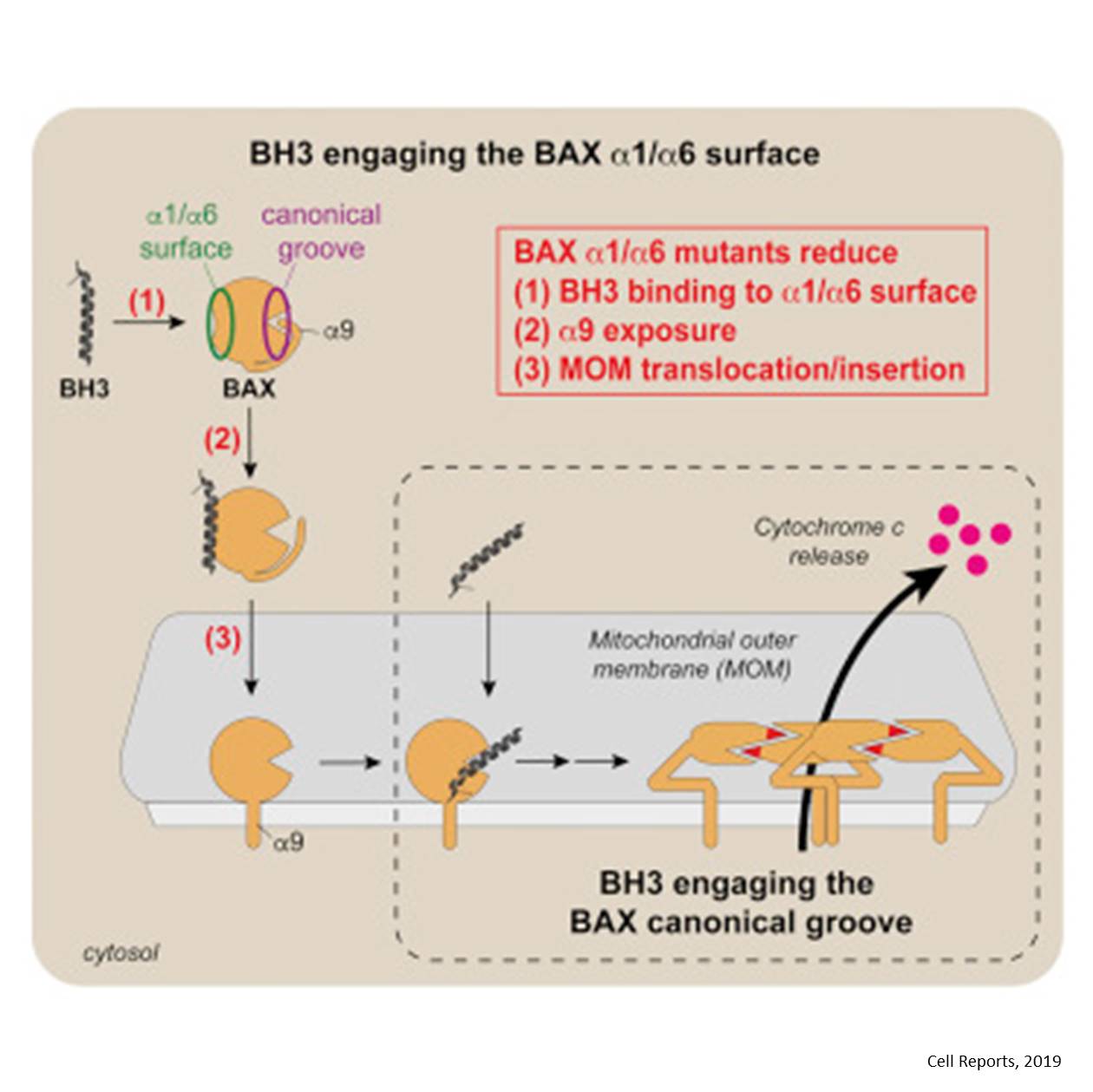 A 'hit-and-run' interaction between two proteins could be an important trigger for cell death, according to new research.  The researchers investigated the chain of events that activates the protein BAX, which is a crucial driver of apoptosis, the major form of cell death. Addressing a long-standing question in the field, they discovered that BAX is activated for cell death by transient interactions with so-called 'BH3-only' proteins at two distant sites on BAX. The research was published in the journal Cell Reports.

Apoptosis is the major way our bodies remove damaged or unwanted cells. Many different stimuli trigger apoptosis by turning on cell signalling pathways that activate BAX and its close relative BAK. Activated BAX and BAK create holes in the cell's energy factories, the mitochondria. Once mitochondria are damaged, cells are compelled to die.

A long-standing question in apoptosis research had been how BAX is triggered to move to mitochondria once cell death is triggered. "The events activating BAX once it has embedded on the surface membrane of mitochondria have been well-characterized - we know that death-inducing BH3-only proteins bind to BAX, changing its shape to damage the mitochondrial membrane," the senior author said.

"There had been hints that BH3-only proteins are also the signal for BAX to move from its location in a healthy cell's cytosol - the liquid interior of the cell - to the mitochondria, but the experimental data supporting this were controversial and weak."

"We discovered that two different parts of BAX could bind to BH3-only proteins," the author said. "Intriguingly, these sites functioned at different stages of BAX activation.

These two distinct steps in BAX activation had not previously been clearly distinguished.

"The first, early activation step had never been well characterized, because it appears to involve a transient 'hit-and-run' interaction between BAX and a BH3-only protein. We think this first step might be a way that BAX activation can be fine-tuned," the author said.

As well as explaining a key detail in how cell death is executed, the research may in the future lead to new classes of drugs that modify BAX function. A key stem cell marker and its role in hematopoiesis A new protocol to generate intestinal organoids in vitro