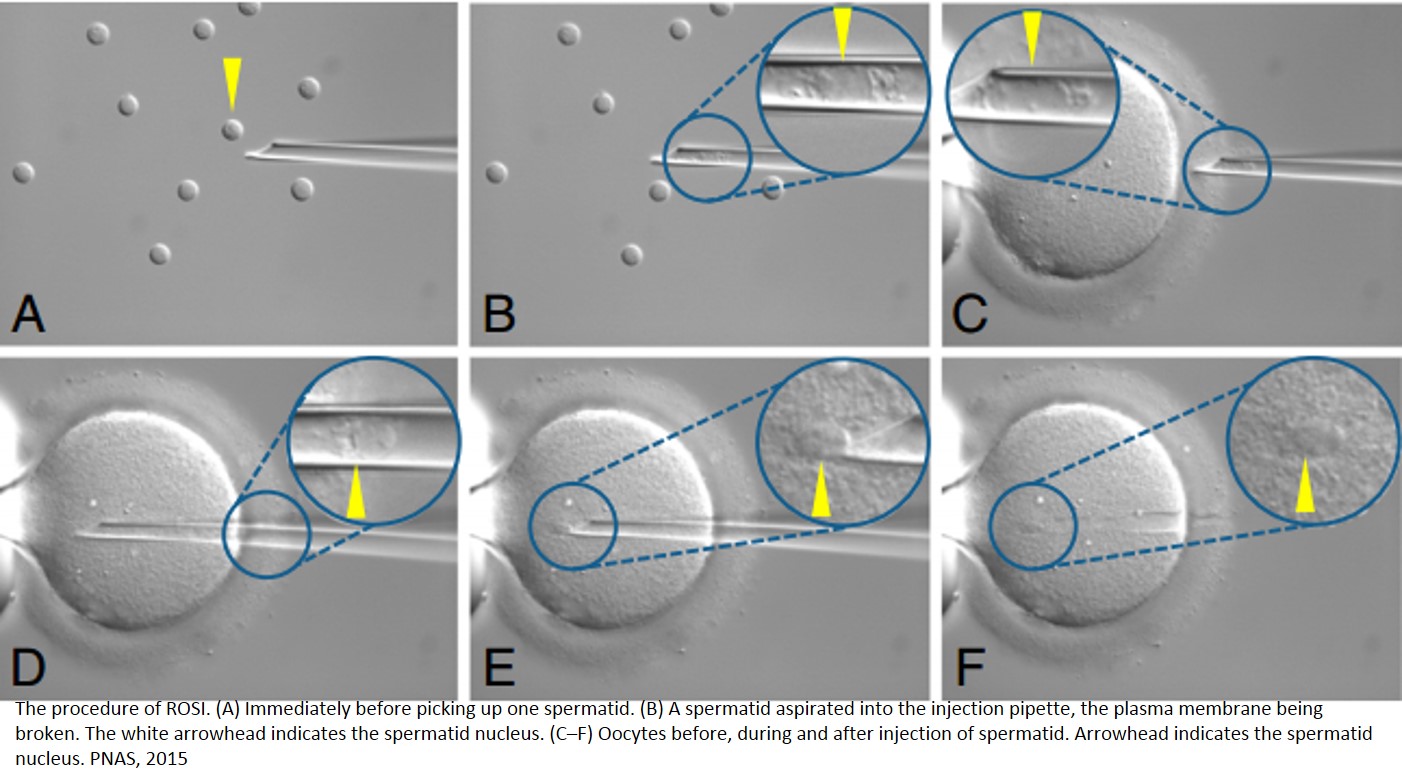 Men incapable of producing mature spermatozoa are often pronounced sterile and advised to consider donor sperm. Though round spermatids, which are 6–8 μm spheres that appear early in sperm development and give rise to mature sperm, have been used to trigger successful human pregnancies, the safety and efficacy of this experimental practice, called round spermatid injection (ROSI), remain unclear.

Investigators used electric current to stimulate oocytes extracted from 76 women and performed ROSI using round spermatids isolated from the seminiferous tubules of the women’s partners, who were 22–46 years of age. Twelve of these women gave birth to a total of 14 healthy infants between September 2011 and March 2014.

The authors report that to date the children show no signs of physical or mental deficiencies, or genetic disorders associated with artificial reproduction. Transfer of ROSI-derived embryos that were kept frozen until the women resumed normal ovulation increased pregnancy and delivery rates.

Though ROSI might help some men whose sperm are arrested at the round spermatid stage father their own genetic offspring, further studies are required to establish the clinical value of ROSI, which is less efficient than well-established methods such as in vitro fertilization or intracytoplasmic sperm injection, according to the authors.