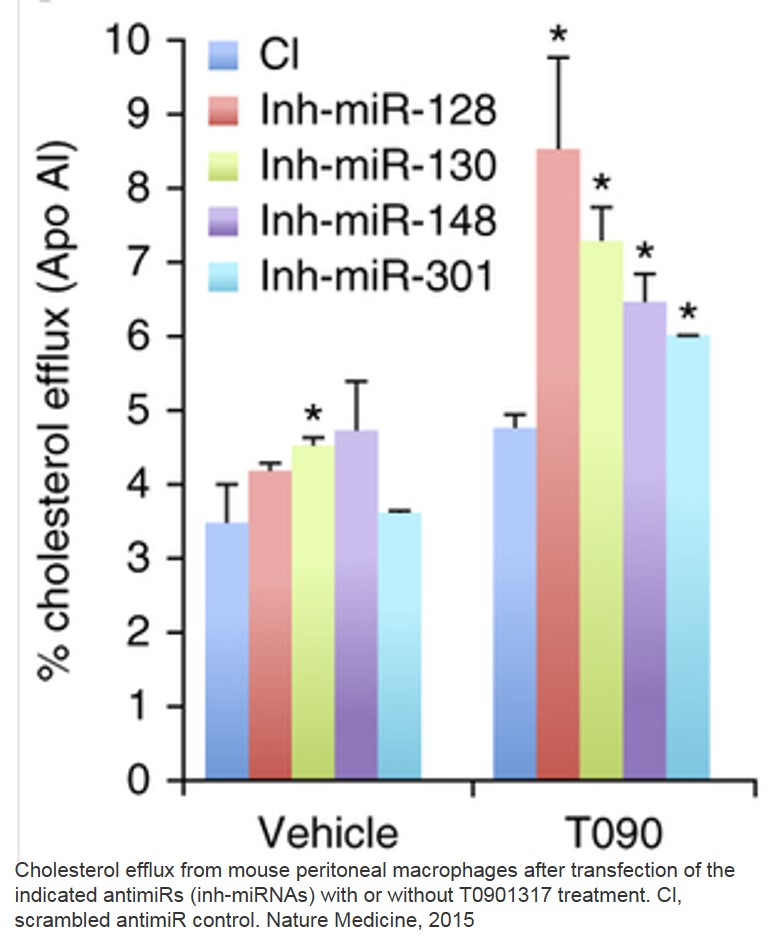 Four tiny segments of RNA appear to play critical roles in controlling cholesterol and triglyceride metabolism. In a publication in Nature Medicine, researchers describe finding how these microRNAs could reduce the expression of proteins playing key roles in the generation of beneficial HDL cholesterol, the disposal of artery-clogging LDL cholesterol, control of triglyceride levels and other risk factors of cardiovascular disease.

Using a tool that predicts the targets of microRNAs based on matches between their nucleotide sequences and those of protein-coding genes and a database of identified gene functions, the researchers arrived on four microRNAs  (miR-128-1, miR-148a, miR-130b, and miR-301b) that appear to control genes involved in cholesterol and triglyceride levels and in other metabolic functions, such as glucose metabolism.

Two of these - miR-128-1 and miR-148a - were found to control the expression of proteins essential to the regulation of cholesterol/lipid levels in cells and in animal models; miR-128-1 was also found to regulate fatty liver deposits, insulin signaling and maintenance of blood sugar levels.