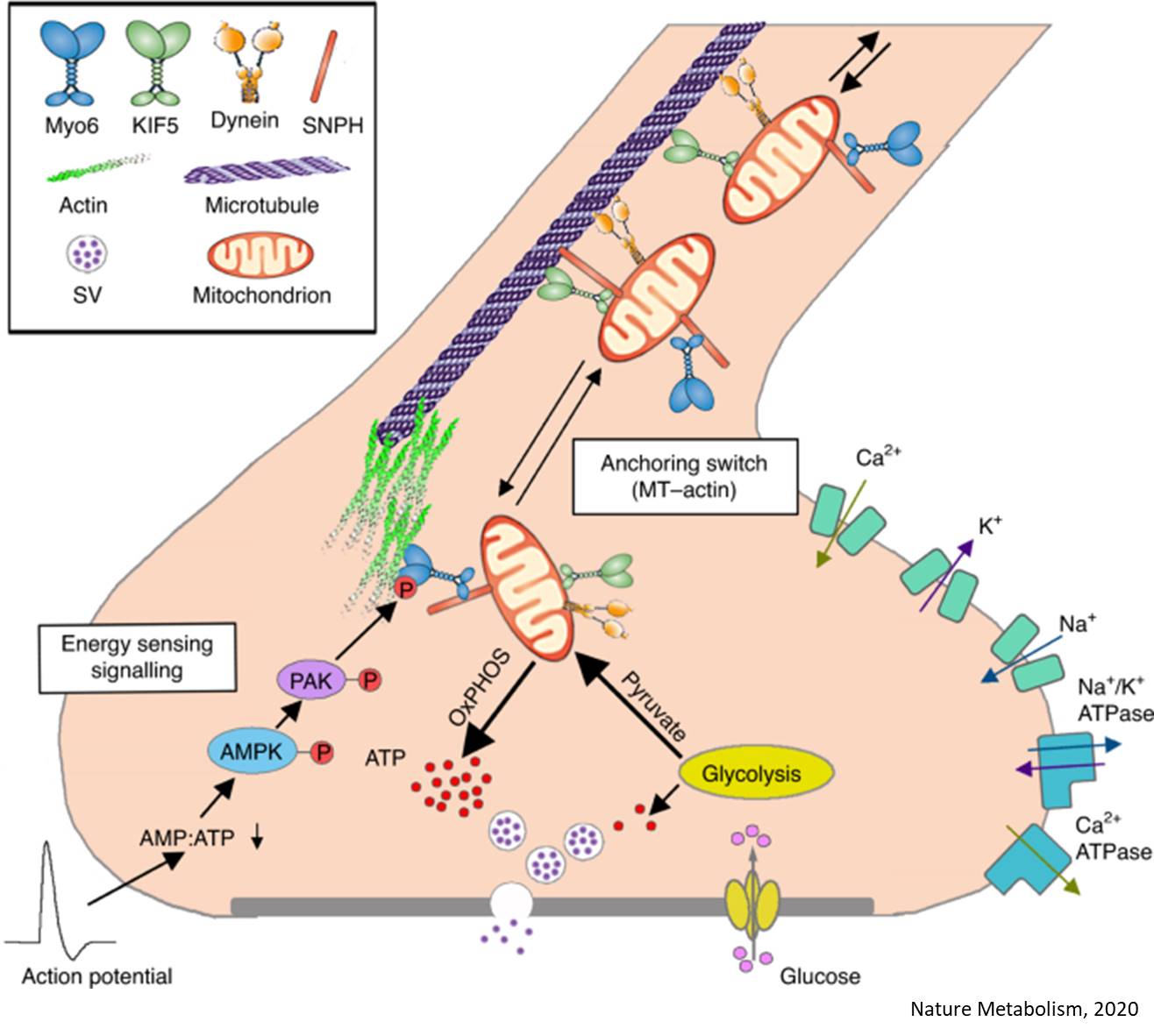 Our thoughts, feelings, and movements are controlled by billions of neurons talking to each other at trillions of specialized communication points called synapses. In an in-depth study of neurons grown in laboratory petri dishes, the researchers discovered how the chattiest of some synapses find the energy to support intense conversations thought to underlie learning and memory. Their results, published in Nature Metabolism, suggest that a series of chemical reactions control a feedback loop that senses the need for more energy and replenishes it by recruiting cellular powerplants, called mitochondria, to the synapses.

The team studied synapses that use the neurotransmitter glutamate to communicate. Communication happens when a packet of glutamate is released from presynaptic boutons which are tiny protrusions that stick out, like beads on a string, of long, wiry parts of neurons called axons. Previously, the team showed that synaptic communication is an energy-demanding process and that mitochondria traveling along axons can control signals sent by boutons. Boutons that had mitochondria sent stronger and more consistent signals than those that were missing powerplants. The difference was due to higher energy levels produced by the mitochondria in the form of ATP.

In this study, the team investigated what happens when boutons undergo intense communication thought to underlie learning and memory. They found that this type of signaling quickly dropped energy levels at boutons. These changes triggered a series of chemical reactions controlled by an energy sensor called AMP-activated protein kinases (AMPK) that ultimately led to the rapid recruitment of mitochondria to the boutons.

Genetically blocking or chemically interfering with this feedback loop prevented the delivery of mitochondria to boutons and lowered energy levels. This, in turn, reduced synaptic responses during intense communication more than seen in control cells and slowed the recovery of the responses after the bursts ended.

The researchers concluded that this feedback loop may normally play a critical role in providing the energy needed to sustain synaptic communication throughout a healthy nervous system. For example, they cite studies which implied that problems with this system may occur in some cases of Alzheimer's disease and other neurological disorders.