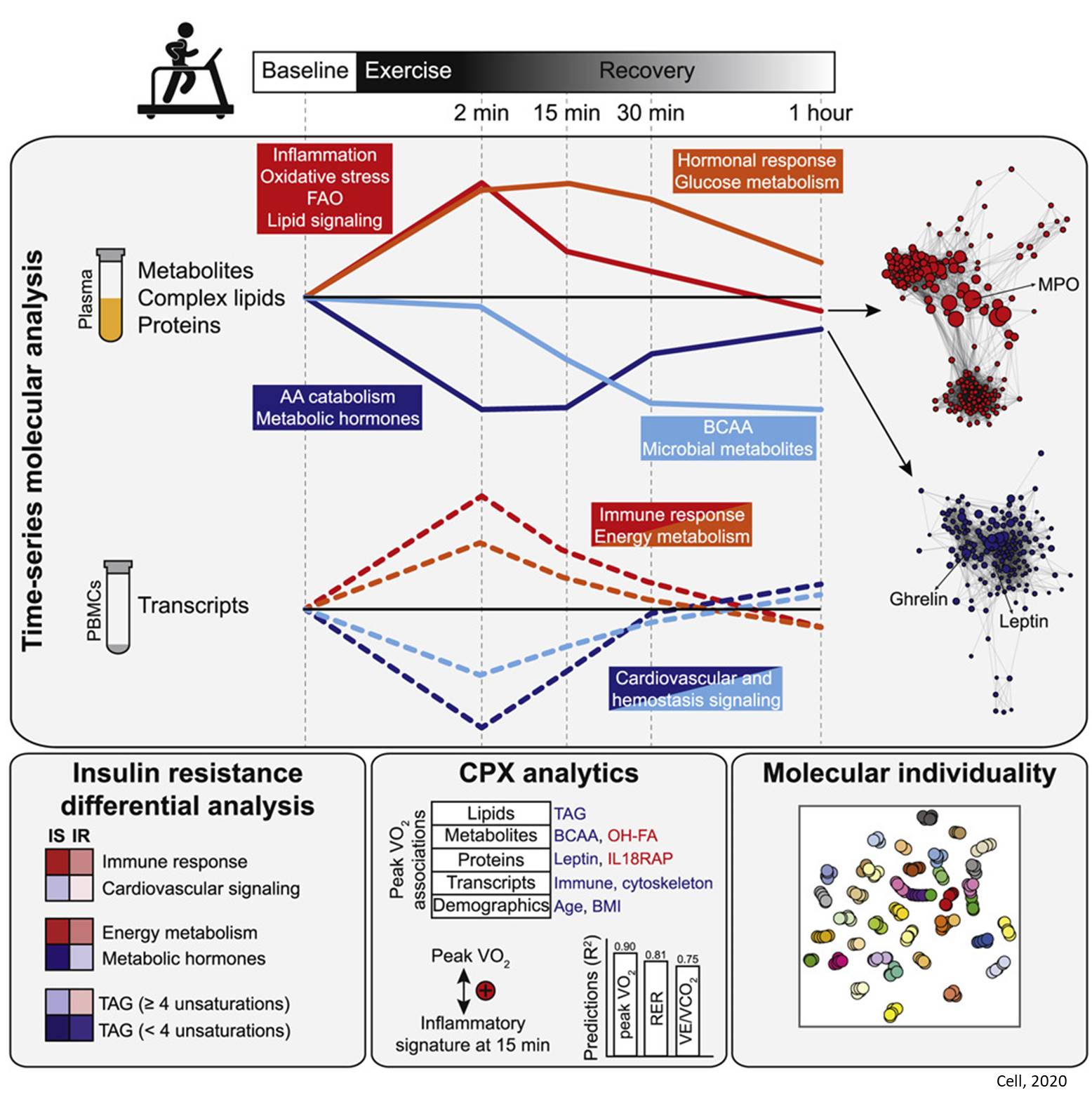 A simple blood test may be able to determine how physically fit you are, according to a new study conducted by scientists. The test could complement treadmill tests, a more traditional clinical evaluation of fitness, and provide individuals with far more nuanced information about their body’s molecular response to exercise.

The blood test is an offshoot of a complex study conducted by a team of researchers that took hundreds of thousands of molecular measurements from a group of individuals before and after exercising.

“Everybody knows exercise is good for you, but we really don’t know what drives that at a molecular level,” said the senior author. “Our goal at the outset was to conduct a highly comprehensive analysis of what’s happening in the body just after exercising.”

The team tracked molecular markers of a wide array of biological processes, such as metabolism, immunity, oxidative stress and cardiovascular function. Hundreds of thousands of measurements from 36 study participants provided a window into the sea of chemical fluctuations the body experiences during intense exercise. To the scientists’ knowledge, such comprehensive measurements of post-exercise molecular fluctuations have never been performed. What’s more, the team saw that the participants who were most physically fit shared similar molecular signatures in their resting blood samples captured before exercise.

“It gave us the idea that we could develop a test to predict someone’s level of fitness,” said another author. “Aerobic fitness is one of the best measures of longevity, so a simple blood test that can provide that information would be valuable to personal health monitoring.”

With the preliminary data, the team has created a proof-of-principle test, for which they’ve filed a patent application. The test is not currently available to the public. A paper describing the study was published in Cell.

The team set out to better understand the molecular shifts that underlie changes in physical fitness. The gold standard of medical fitness assessments is a peak VO2 test, which measures a person’s peak oxygen consumption during intense exercise and uses the score as a proxy for aerobic fitness. But the team wanted more detail — specifically, about the ways in which exercise initiates change at the molecular level.

They performed VO2 testing for 36 individuals, including the co-senior author, on a treadmill. Participants, both male and female, had an average body mass index of 29 kilograms/meter squared, and their age range was from 40 to 75 years old. Before the treadmill test, the researchers drew a baseline blood sample. Participants then donned an oxygen-measuring mask and ran at a slight incline until they reached peak oxygen consumption, at which point they stopped and got off the treadmill. The researchers took blood samples from participants 2 minutes, 15 minutes, 30 minutes and 60 minutes after they had reached their peaks.

“All of these measurements allow us to describe a choreography of molecular events that occur after physical exercise,” the co-senior author said. “We know that exercise causes an array of physiological responses, such as inflammation, metabolism and hormone fluctuation, but these measurements allowed us to characterize those changes in unprecedented detail.”

It turns out that in the first two minutes post-exercise, the body experiences an intense flurry of molecular activity. In most participants, molecular markers of inflammation, tissue healing and oxidative stress, a natural byproduct of metabolism, spiked sharply shortly after hopping off the treadmill, as their bodies began to recover. Molecular markers of metabolism varied, the co-senior author said. At 2 minutes, blood samples revealed evidence that the body was metabolizing certain amino acids for energy, but it switched to metabolizing glucose, a type of sugar, around 15 minutes. “The body breaks down glycogen as part of its exercise recovery response, so that’s why we see that spike a little later,” the co-senior author said. Glycogen is a form of stored glucose.

Although it wasn’t the team’s original intent, they noticed some consistencies in the baseline measurements of the participants who performed better on the peak VO2 test. In these individuals, the researchers saw a strong correlation between a set of molecules and an individual’s level of aerobic fitness. They discovered a collection of thousands of molecules — including markers of immunity, metabolism and muscle activity — that correlate with a person’s aerobic fitness. “At this point, we don’t fully understand the connection between some of these markers and how they are related to better fitness,” the co-senior author said. The researchers hope to unravel those connections in a future investigation.

The co-senior author said that because the molecular profiling done in the study was so thorough, it wouldn’t be practical for doctors to use in their clinics; it would be expensive and provide more information than necessary. But the team is working on whittling down the biomarkers to those that are most representative of a person’s fitness level in an effort to make the test practical for broader use. Already, the team is developing an algorithm to select a subset of these molecules that are highly correlative to peak VO2 results, another author said. As the researchers continue to optimize the fitness test, they hope it can one day be a faster, cheaper and more convenient way for people to objectively measure aerobic fitness.