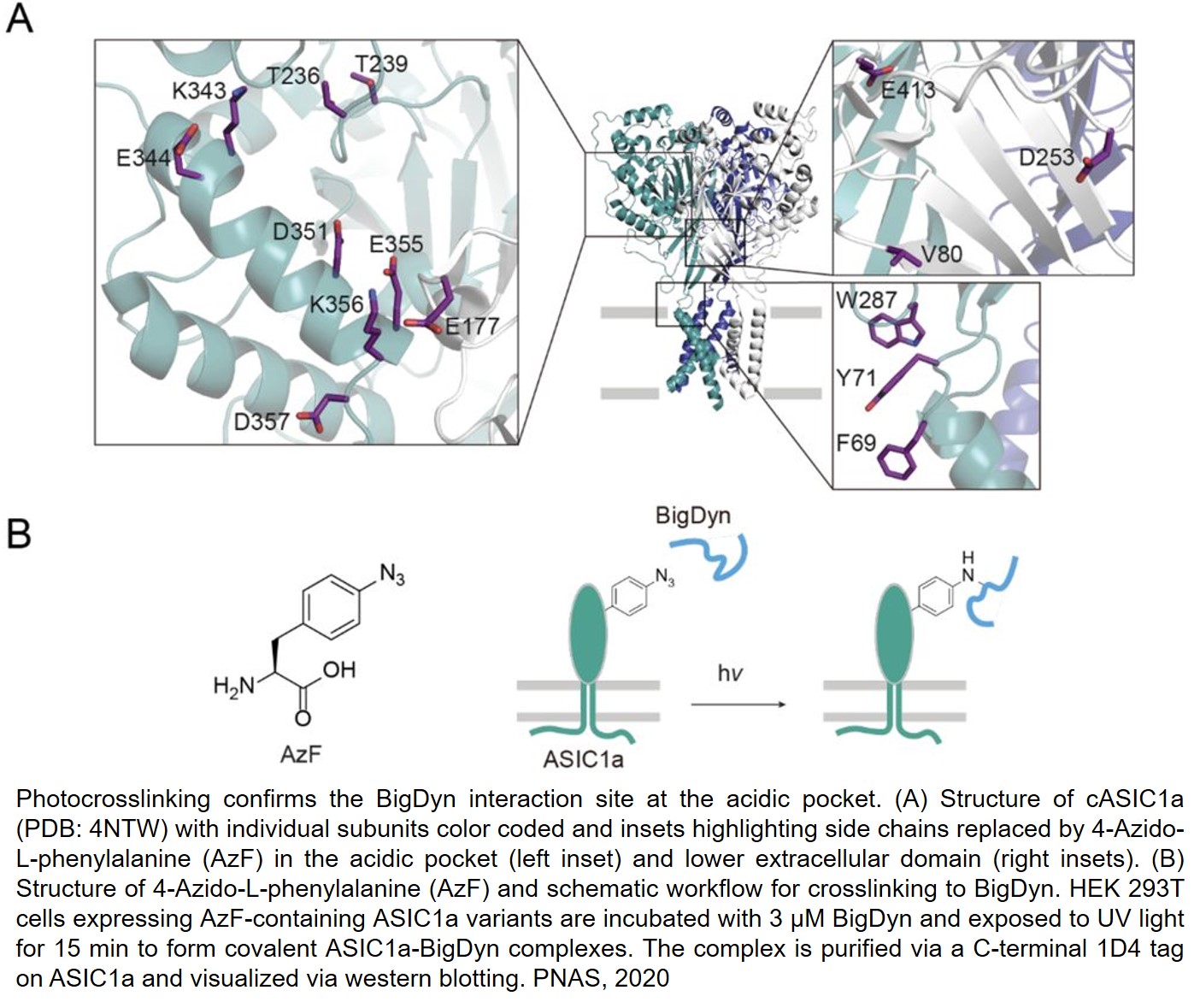 Fast communication between our brain cells - or neurotransmission as it is called - is hugely important for our brain to work properly. Some of the messengers involved in this form of communication are neuropeptides, which are chemicals produced in the brain.

Some of these peptides are involved in causing the feeling of pain. In a new study, researchers show how the neuropeptide Big Dynorphin binds to a receptor involved in sending pain signals around the brain.

"We have mapped exactly how and where Big Dynorphin binds to this receptor, which can cause a pain signal to be sent inside the body. Big Dynorphin is the most potent regulator of this particular receptor discovered in the human body so far. The painkillers that we use today affect other types of receptors. This means that our discovery could pave the way for a new type of painkilling medicine via this receptor, potentially helping to circumvent some of the typical adverse effects of opioids." says author to the study.

The new study is published in PNAS and it investigates the interaction between Big Dynorphin and the receptor called Acid-Sensing Ion Channel (ASIC). The researchers have mapped the interaction and signaling using a wide range of methods.

They made manipulations on the peptide and the receptor using technologies such as electrophysiology, genetically encoded cross-linkers, as well as CRISPR. Normally, the biological interaction within the brain cell occurs very fast, but their approach allowed the researchers to trap the interactions and map them.

The authors demonstrate that BigDyn binding results in an ASIC1a closed resting conformation that is distinct from open and desensitized states induced by protons. Using alanine-substituted BigDyn analogs, they find that the BigDyn modulation of ASIC1a is primarily mediated through electrostatic interactions of basic amino acids in the BigDyn N terminus.

"We know that both the receptor and Big Dynorphin are upregulated in patients with inflammation and chronic pain. This means that there are many more of them than under normal conditions. And that, in theory at least, can lead to more pain and the risk of long-lasting negative effect on brain health. This means that our result could have implications for these diseases in terms of drug development," says co-first author of the study.

The data define the mechanism of how BigDyn modulates ASIC1a, identify the acidic pocket as the binding site for BigDyn, and thus highlight this cavity as an important site for the development of ASIC-targeting therapeutics.Other researchers have previously shown that if they knock out the ASIC receptor, they have been able to reduce pain in mouse models.

The researchers are looking forward to exploiting the mechanism pharmacologically in their coming studies. They hope to find relevant compounds that could show potential for pain reduction for these vulnerable patient-groups.