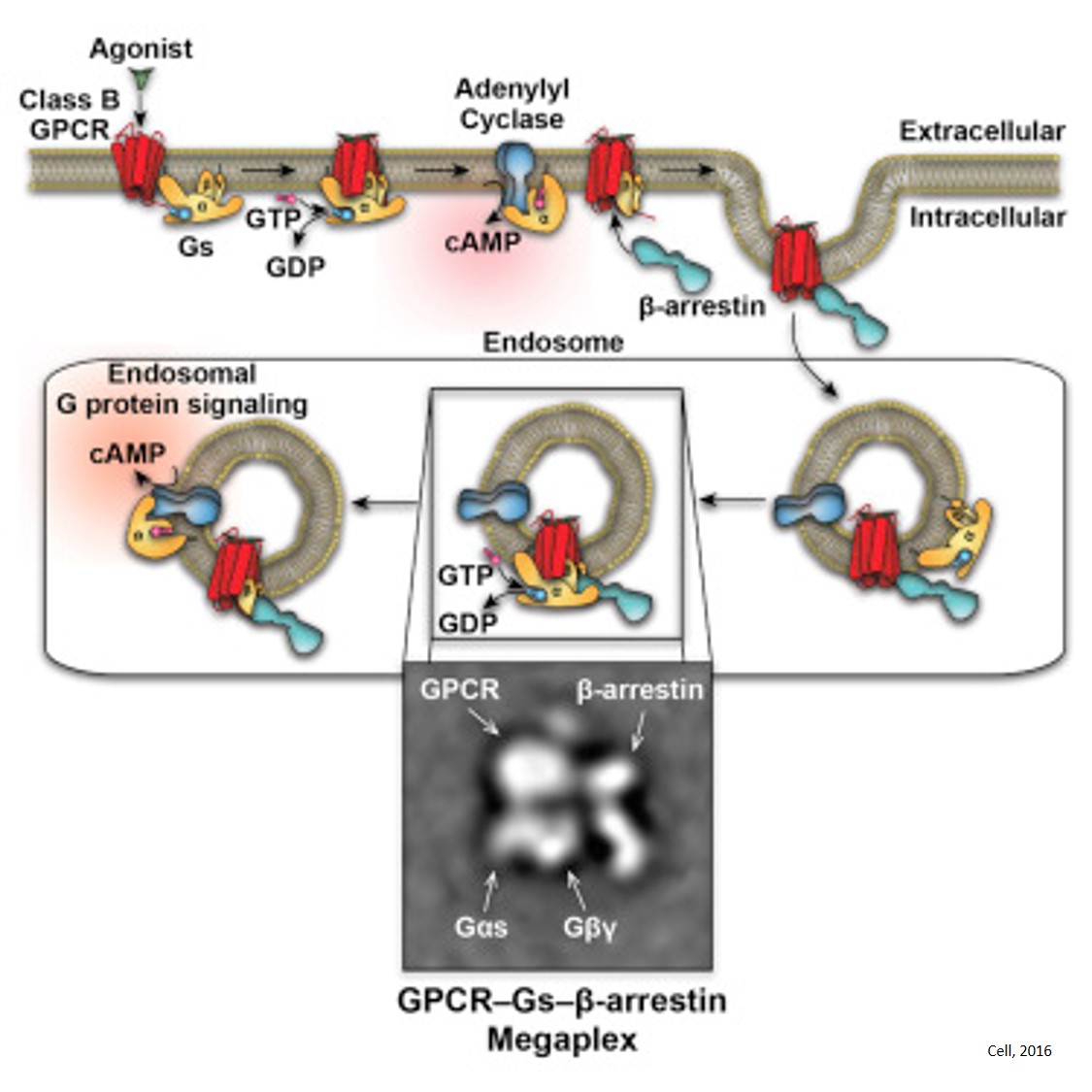 Duke Health-led researchers have discovered new information about the signaling mechanism of cells that could one day help guide development of more specific drug therapies.

For years, well-established science detailed the intricacies of how cells change function after receiving chemical signals from hormones, neurotransmitters or even drugs.

Receptors on the outside of cells were known to launch the signaling process, which alerts proteins that trigger a cascade of events leading to the desired response, followed by a desensitization mechanism that allows cells to return to baseline.

In recent years, however, the process has shown additional complexity that seemed to defy foundational assumptions, notably in how and where these signals can arise within the cell.

Now researchers that they appear to have solved this enigma. In a study published in the journal Cell, researchers describe a new paradigm for how a class of cell surface receptors known as G protein-coupled receptors (GPCRs) activate the signaling mechanism of cells.

Classically, it was known that GPCRs located along the plasma membrane inside the cell activate G proteins, which are the molecular switches that transmit signals from external sources into the cell's interior, telling the cell how to function.

The activation process is followed by desensitization, led by a protein called beta-arrestin that binds to the receptor, blocking further activation of G proteins and pulling the receptor to the inside of the cell in a process termed internalization or endocytosis. The end result of these two processes is to silence receptor signaling, allowing cellular function to return to status quo.

In recent years, however, scientists learned that some GPCRs continue to signal to G proteins even after beta-arrestin has been deployed and the receptors were internalized in the cellular compartments, called endosomes. These observations challenged the known scheme.

The team -- using a variety of biochemical, biophysical and cell-based methods -- describe the existence, functionality and architecture of previously unknown super structures of receptors, which they've called "mega-plexes."

"The formation of such mega-plexes explains how G proteins can continue to send signals after being internalized by GPCRs," senior author said. "This opens a whole world of possibilities yet to be explored to manipulate this duality of signaling from outside and inside the cell for therapeutic benefit."