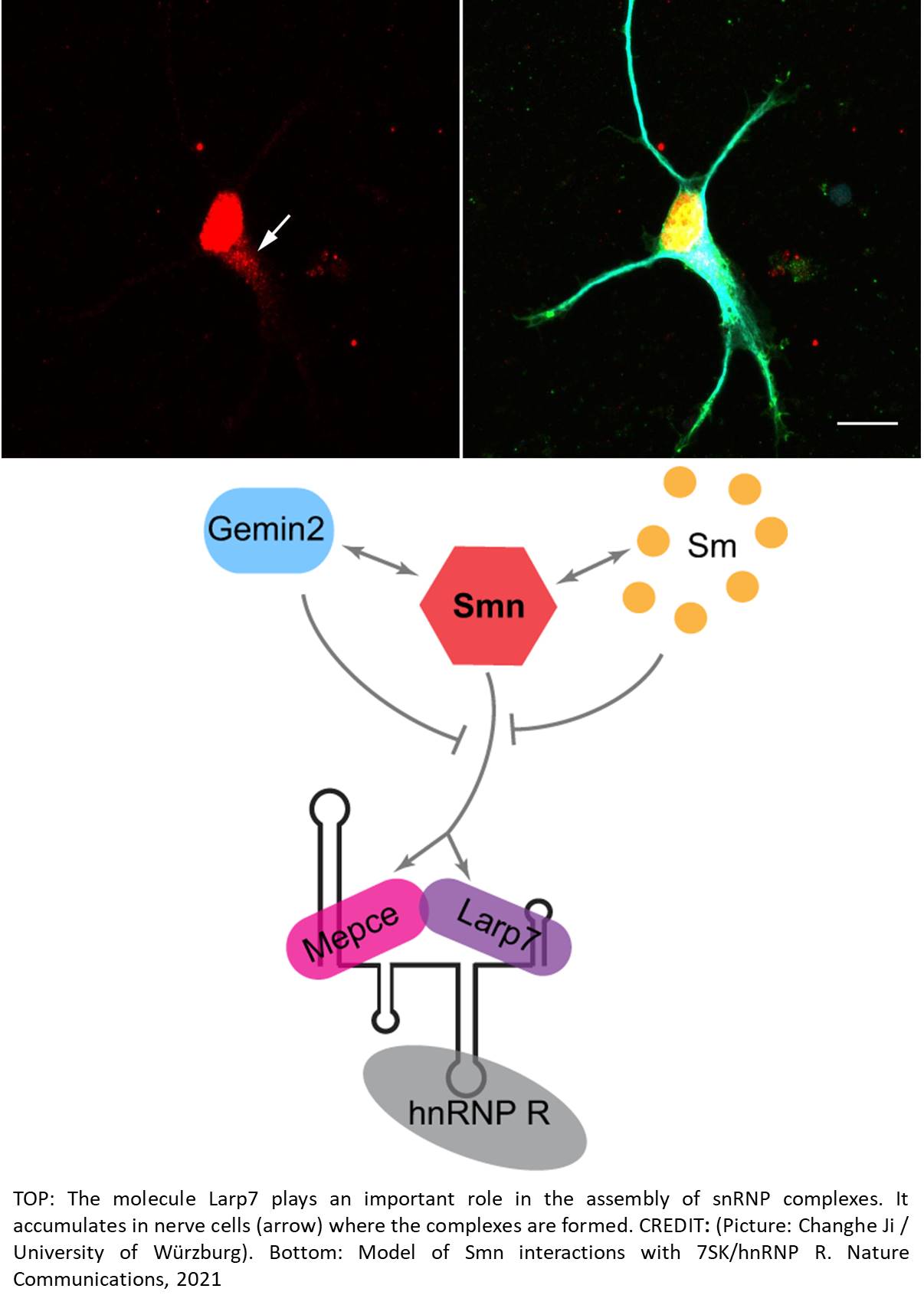 Neurodegenerative diseases, such as various forms of senile dementia or amyotrophic lateral sclerosis (ALS), have one thing in common: large amounts of certain RNA-protein complexes (snRNPs) are produced and deposited in the nerve cells of those affected - and this hinders the function of the cells. The overproduction is possibly caused by a malfunction in the assembly of the protein complexes.

How the production of these protein complexes is regulated was unknown until now. Researchers have solved the puzzle and now report on it in the open access journal Nature Communications. They describe in detail a signaling pathway that prevents the overproduction of snRNPs when they are not needed. The results should make it possible to better understand the processes in motor neuron diseases and senile dementia.

The authors report an association of the Smn complex, which mediates spliceosomal snRNP biogenesis, with the 7SK complex involved in transcriptional regulation. They found that Smn interacts with the 7SK core components Larp7 and Mepce and specifically associates with 7SK subcomplexes containing hnRNP R. The association between Smn and 7SK complexes is enhanced upon transcriptional inhibition leading to reduced production of snRNPs.

Taken together, our findings reveal a functional association of Smn and 7SK complexes that is governed by global changes in transcription. Thus, in addition to its canonical nuclear role in transcriptional regulation, 7SK has cytosolic functions in fine-tuning spliceosome production according to transcriptional demand.

investigations shall now show how the synthesis and degradation of excess snRNPs are regulated in nerve cells. The scientists hope that in the end they will be able to identify new therapeutic options for neurodegenerative diseases.