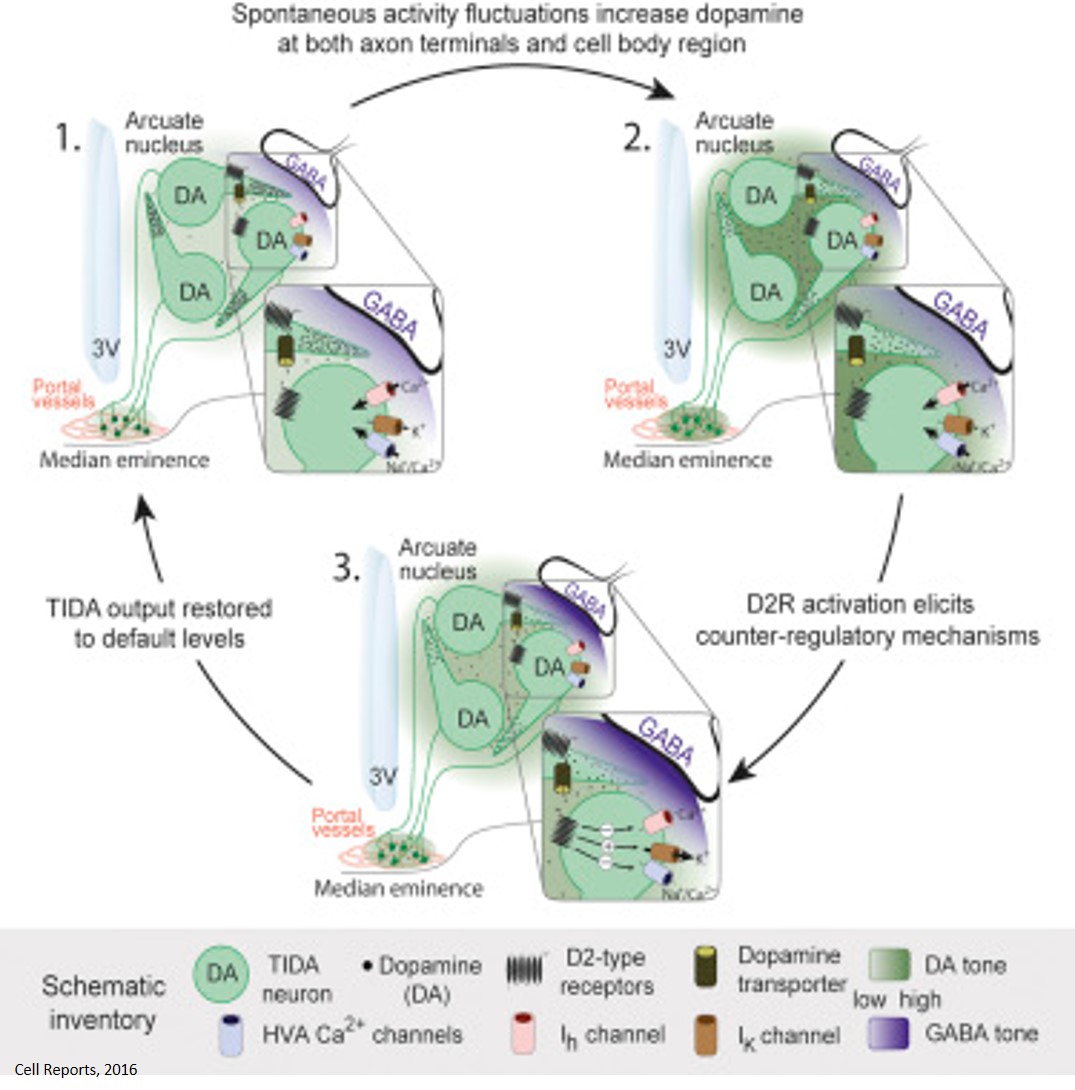 The researchers behind the study examined a group of dopamine producing neurons that control the secretion of prolactin, a hormone that leads to the production of breast milk, suppresses fertility and stimulates appetite in new mothers. Under most circumstances beyond pregnancy, blood levels of prolactin are usually suppressed by the neurotransmitter dopamine, which serves to inhibit the prolactin cells.

But the inhibitory mechanism can be lost, as is commonly seen in patients on antipsychotics that block dopamine receptors, resulting in sexual and reproductive problems such as impotence, low libido, amenorrhoea and infertility.

"Side effects that impair quality of life are fairly common," says the author. "It's crucial that the prolactin-regulating system is maintained under strict control so that blood levels of the hormone remain stable and adapted to the body's needs, such as during pregnancy."

After measuring the electrical activity of neurons and how they behave when they "talk to each other", the researchers discovered a new feedback regulatory system through which dopamine itself controls the activity of dopamine cells, which continually register the intensity of their own activity.

When they increased the level of dopamine around the cells, the researchers observed that the activity of the dopamine cells slowed down.

"We expected to find some kind of regulation, but that the drugs paradoxically completely inhibit the electrical discharge of dopamine cells came as a surprise. We hope that this information will be of use in the development of drugs with fewer side-effects."