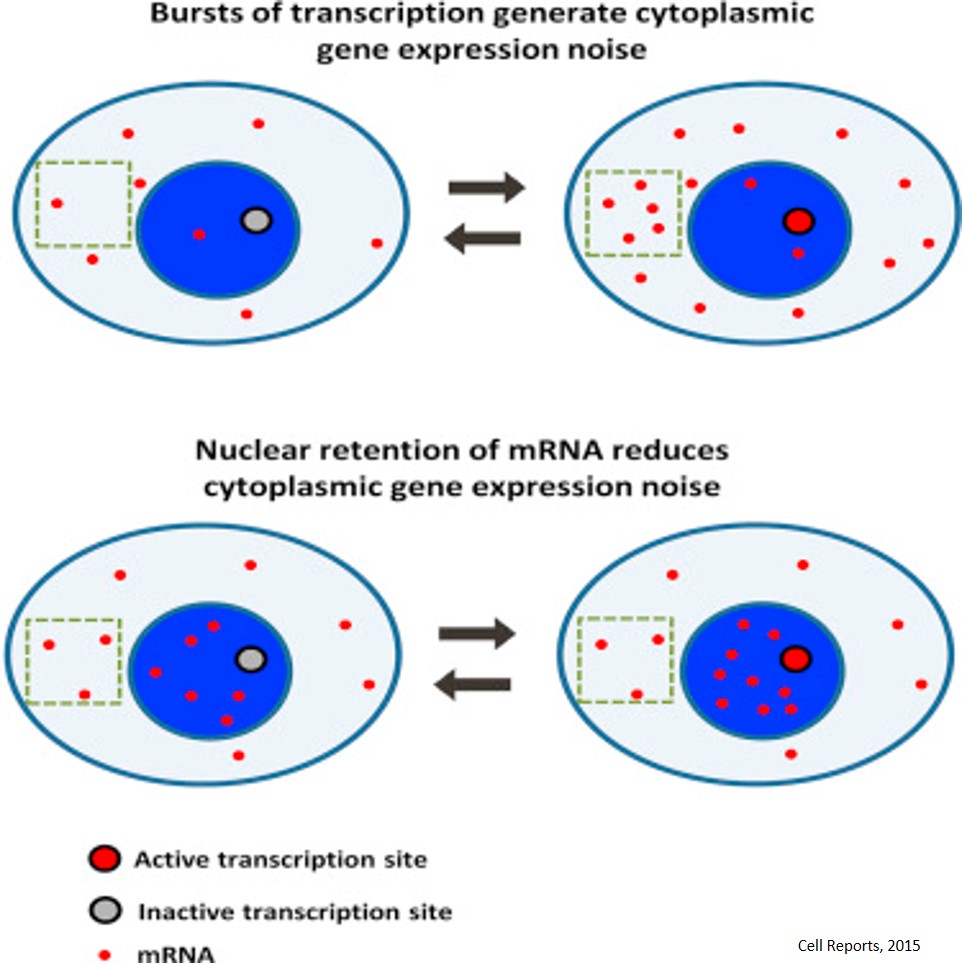 mRNA is thought to predominantly reside in the cytoplasm, where it is translated and eventually degraded. Although nuclear retention of mRNA has a regulatory potential, it is considered extremely rare in mammals.

Researchers explore the extent of mRNA retention in metabolic tissues, in mouse beta cells, liver, and gut. They identify a wide range of protein-coding genes for which the levels of spliced polyadenylated mRNA are higher in the nucleus than in the cytoplasm.

These include genes such as the transcription factor ChREBP, Nlrp6, Glucokinase, and Glucagon receptor.

They demonstrate that nuclear retention of mRNA can efficiently buffer cytoplasmic transcript levels from noise that emanates from transcriptional bursts.

The study challenges the view that transcripts predominantly reside in the cytoplasm and reveals a role of the nucleus in dampening gene expression noise.

People with low BMI aren't more active, they are just less hungry a…