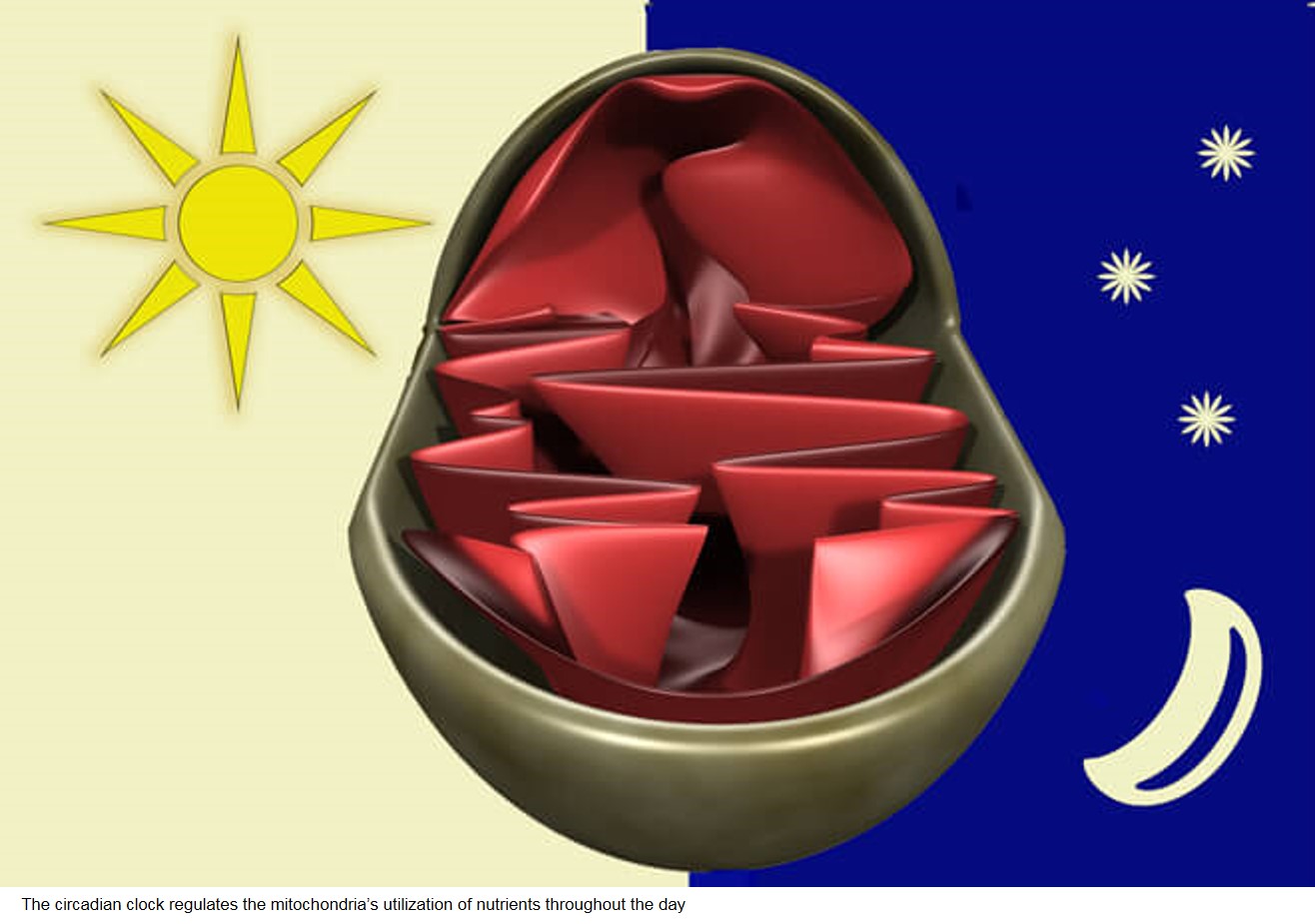 Research in the Proceedings of the National Academy of Sciences (PNAS), suggests that the cells' power plants - the mitochondria - are highly regulated by the body's biological, or circadian, clocks. This may help explain why people who sleep and eat out of phase with their circadian clocks are at higher risk of developing obesity, diabetes and metabolic syndrome.

They looked for circadian changes in the mitochondria that, by creating peaks and dips in the cells' energy levels, would also help regulate their day-night cycles. The group identified and quantified hundreds of mitochondrial proteins, finding that the quantities of a whopping 40% peak once a day.

Further research identified the proteins making up the mitochondrial circadian clock that regulates these activities. Surprisingly, most of the circadian proteins in the mitochondria peaked four hours into the daylight part of the cycle (in mice, which are active at night).

Among the essential proteins the researchers uncovered was a key enzyme that determines the rate of sugar use for energy production. This protein reaches its maximal amount four hours into daylight, suggesting that the mitochondria's capacity for burning sugar peaks around this time, as well.

To check, the researchers provided mitochondria with sugar and found that at around hour four, respiration and glucose utilization were indeed at their highest. They also found that the protein responsible for the entry of fatty acids into the mitochondria only peaks at the eighteenth hour and, again, tests showed fat processing was optimal at the same time.

In mice with a genetic mutation that interferes with their overall biological clocks, the amounts of these proteins did not change over the course of the day, and the decomposition activity of fats and sugars was steady throughout.

"These findings support previous findings in our lab in which we showed that if mice eat only at night, when they are active, rather than throughout the day and night, they will eat the same amount of calories but their liver lipid levels will be 50% lower," says the author. "In other words, the outcome depends not only on what you eat but also on when you eat it. If we could be more aware of the timing of our cellular activities, we might be able to take advantage of various nutrients in a healthier way." Some people have genetic advantage of not gaining weight!

How lifestyle affects our genes