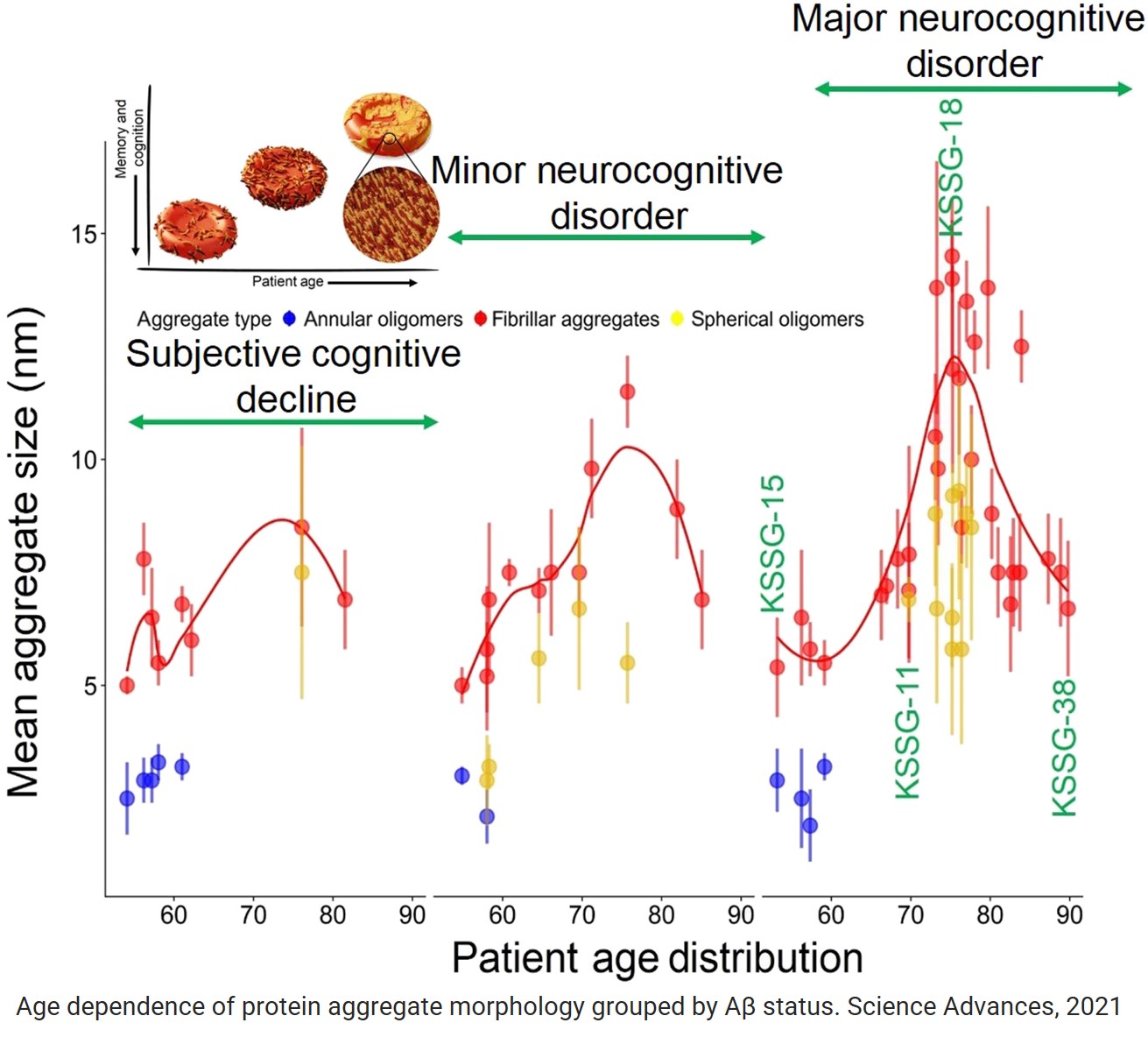 If the suspicion of Alzheimer's disease creeps up, those affected must prepare themselves for lengthy and complex procedures until the case is clear. A research team is now in the process of developing a blood test that will enable a reliable diagnosis using atomic force microscopy (AFM). The researchers have recently published their first results of a successful pilot study in the journal Science Advances.

Current methods allow the determination of the total amount of both proteins in body fluids. However, these techniques do not allow the visualization of differences in the shape and condition of protein accumulations. The researcher is therefore working on technologies that allow nanometer-scale observations in blood and yet do not destroy the structure and morphology of the proteins.

For their pilot study, the authors examined blood samples from 50 patients and 16 healthy subjects. Using AFM technology, the researchers analyzed the surface of around 1000 red blood cells per person without knowing anything about their state of health. "This was the only way to make sure the interpretation of the data remained objective," says the author.

The researchers measured the size, structure and texture of protein accumulations found on the blood cells. After thousands of red blood cells, the team eagerly awaited the comparison of the results from the counts with the clinical data from the neurologists. And indeed, the researchers were able to discern a pattern that matched the patients' disease stage: People who had Alzheimer's disease had large amounts of protein fibers made up of beta-amyloid peptides and tau proteins. The proteins were able to assemble into fibers several hundred nanometers long. In healthy individuals or those with incipient brain disorders, however, only few fibers were counted.

This proves the feasibility of blood analysis using AFM technology, the researcher says: "If a reliable blood test can be developed based on this method, people with suspected Alzheimer's would be spared the unpleasant puncture of the spinal canal in order to be able to diagnose the disease reliably."

However, there is still a long way to go before a simple blood test is available in hospitals. The team's next step is to corroborate the data by studying a larger number of subjects at different stages of the disease using AFM and chemical analysis.