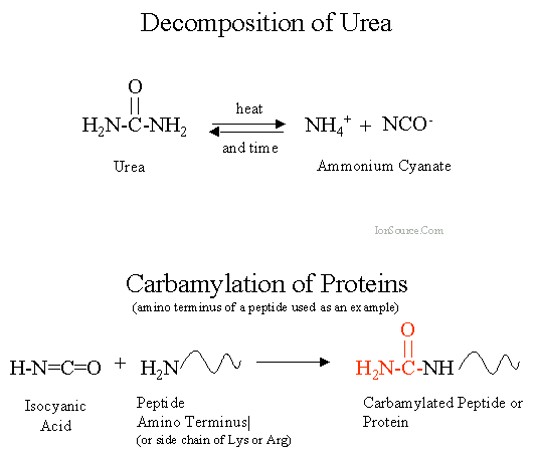 Human longevity is increasing worldwide because of the advances in scientific knowledge and patient care, which leads to the frequent development of age-related pathologies.

Authors show for the first time that carbamylation, a nonenzymatic posttranslational modification of proteins characterized by the spontaneous binding of isocyanic acid mainly derived from urea is highly associated with aging and life expectancy in three mammalian species.

This modification is considered an adverse reaction, because it induces alterations of protein especially long-lived extracellular matrix proteins and cell properties. It has been shown that carbamylated proteins increase in plasma and tissues during chronic kidney disease and are associated with deleterious clinical outcomes, but nothing is known to date about tissue protein carbamylation during aging.

Researchers show that carbamylation occurs throughout the whole lifespan and leads to tissue accumulation of carbamylated proteins. Because of their remarkably long half-life, matrix proteins, like type I collagen and elastin, are preferential targets.

Interestingly, the accumulation rate of carbamylation-derived products is inversely correlated with longevity, suggesting the occurrence of still unidentified protective mechanisms. In addition, homocitrulline accumulates more intensely than carboxymethyl-lysine, one of the major advanced glycation end products, suggesting the prominent role of carbamylation over glycoxidation reactions in age-related tissue alterations.

Tissue accumulation of carbamylated proteins may be considered a general hallmark of aging, enabling us to establish a link between cumulative metabolic alterations and age-related complications.